ALBUQUERQUE, N.M. — Two people have been arrested and charged by New Mexico State Police for their alleged role in an on-campus altercation that turned deadly at UNM.

The suspects are accused of luring 21-year-old NMSU basketball player Mike Peake onto campus, which resulted in an altercation that left Peake injured and 19-year-old UNM student Brandon Travis dead.

An affidavit shows the alleged motive to get revenge on Peake, who they had fought with at a previous UNM-NMSU game.

The female reportedly told the men she was talking to Peake, who was going to be in town for the UNM-NMSU game. The group then made an alleged plan that included Peake and the female meeting up. 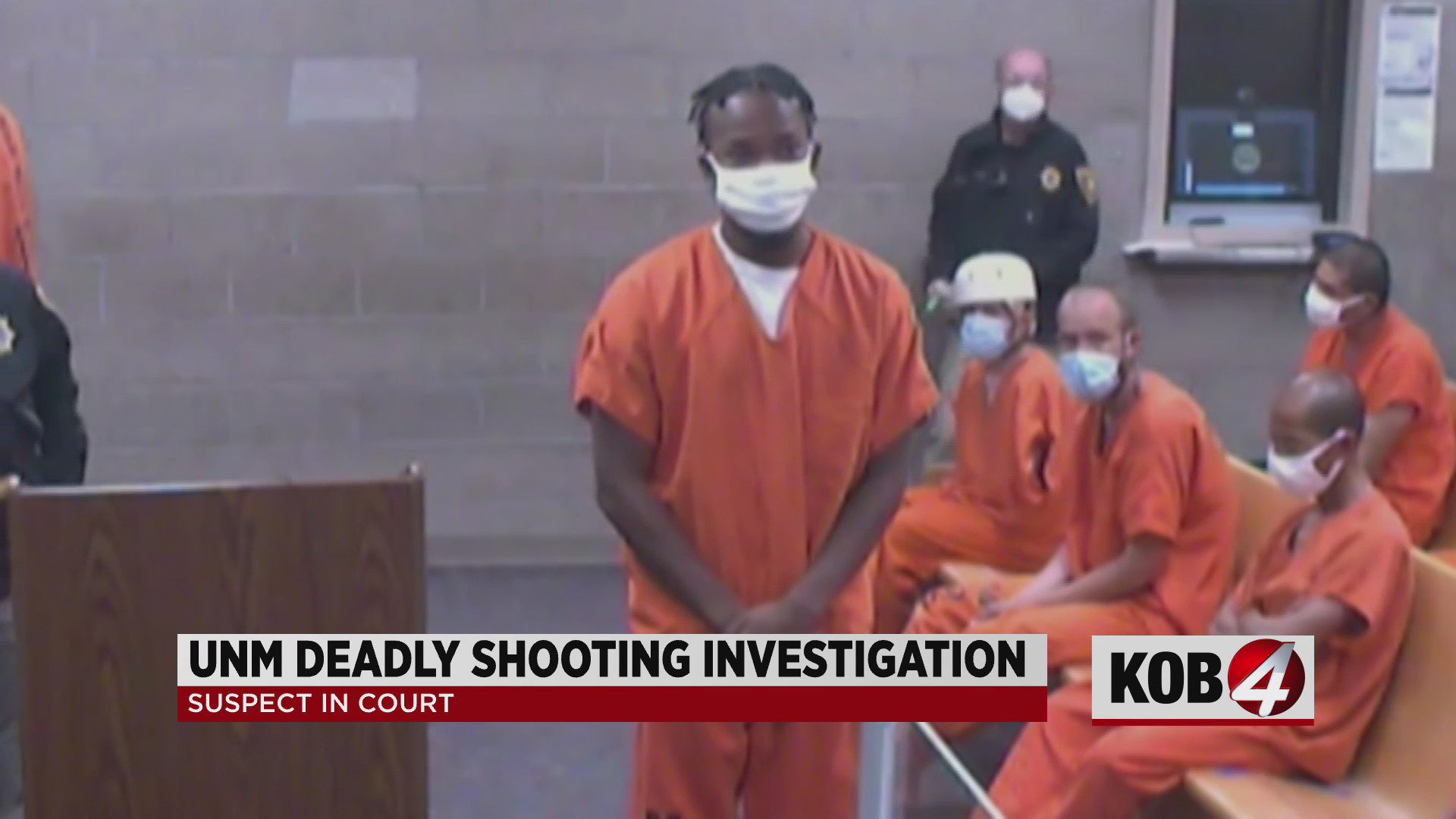 Peake was walking with the female when he was confronted by the three men near Coronado Complex. The affidavit indicates Travis pointed a gun in Peake’s face, as the other two men stood behind Peake.

The female told police she went inside, right as Smith allegedly hit Peake’s right leg. The affadavit indicates Peake started taking off when Travis fired at him – and Peake fired back before taking off for help.

Travis was fatally shot and died at the scene. Peake was taken to UNM Hospital with a gunshot wound to his leg.

The two men changed clothes, threw their old clothes in a sewer near Lobo Village, and retrieved the phone before returning to the scene.

Smith was taken in for questioning. He was later charged with aggravated battery and conspiracy, plus two charges of tampering with evidence.

Smith’s first court appearance was Monday. The state filed to keep him locked up. He will likely have a pretrial detention hearing next week.