After Coronado Park: Did the closure solve anything?

ALBUQUERQUE, N.M. — Albuquerque Mayor Tim Keller ordered the closure of Coronado Park about a month ago. So what challenges have come to light since closing that park? Did closing it solve anything, or did the problems just move?

“It needed to be closed,” he said.

DiPalma said the block is safer now, but that’s not the case down the street.

“I can show you, but I can’t guarantee the safety, if you want to go,” he said. 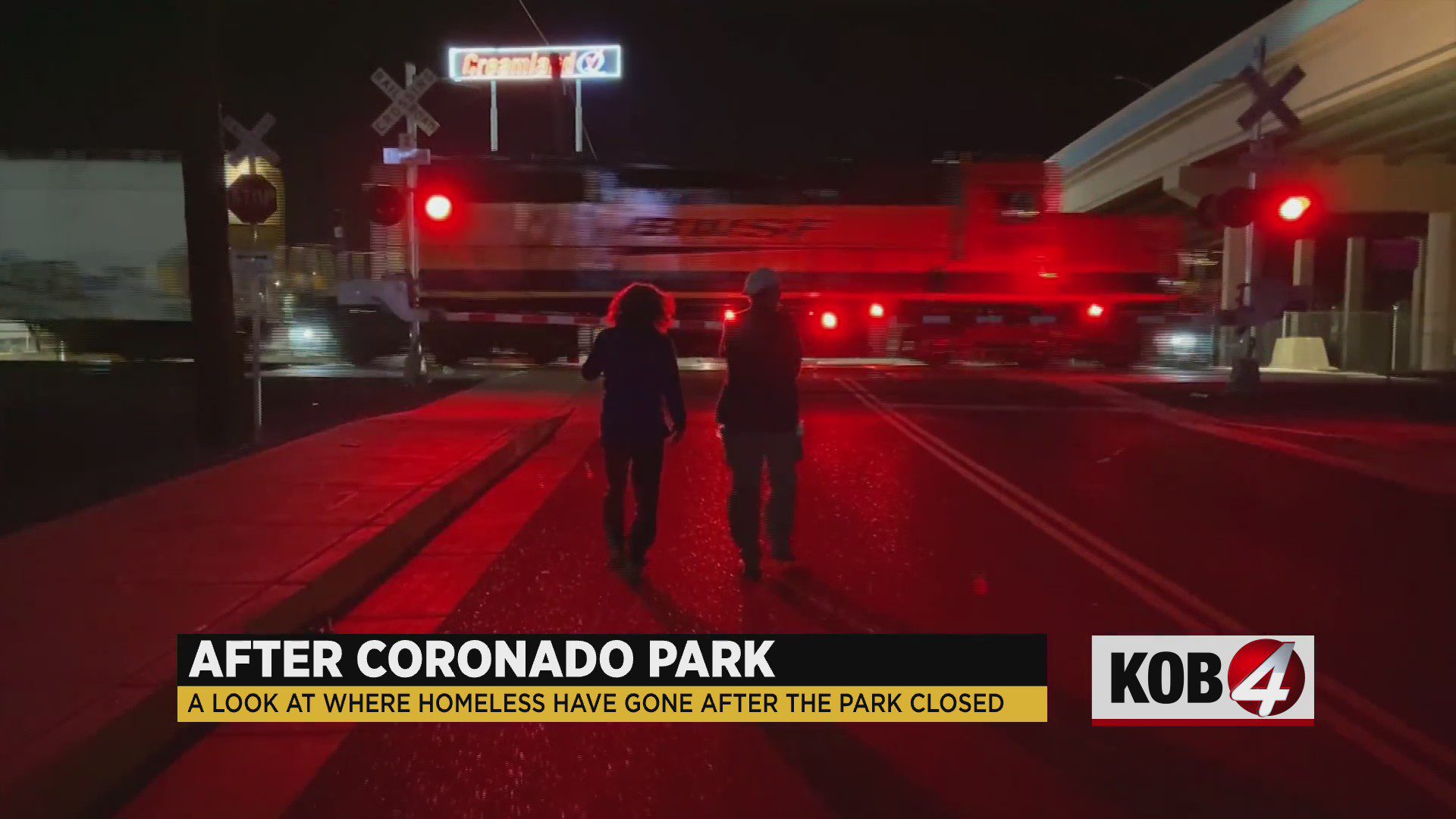 Before long, a man who called himself Johnny Rocket recognized DiPalma during the interview. Johnny said he has been staying at the West Side shelter, but he missed the bus that night.

“I just woke up from whatever the f*** they gave me,” Johnny said. He said he was drugged.

Ryan Laughlin: “On a normal night for you, do you go to these camps to check on people?”

Ralph DiPalma: “It depends who I meet along the way, how much time I want to spend.”

Ryan Laughlin: “Because I remember, you got jumped under one of these bridges.”

Ralph DiPalma: “Fourth Street, over there.”

Armed only with his faith, Brother DiPalma said many of the people have moved further east.

DiPalma said the root of the problem – much like some of the encampments – is out of sight.

“We’ve never had this many street-level fentanyl sellers, never,” DiPalma said. “Just to support their own habits. It’s highly addictive.”

Ralph DiPalma: “Oh yeah, yeah. Much better. But, problem is not solved.”

Ryan Laughlin: “The problem is not solved, it’s just in a different location?”

Ryan Laughlin: “So, what’s the solution?”

Ralph DiPalma: “The solution is a successful rehab.”

DiPalma said he was addicted hard drugs and acohol in the past.

“But, 52 years ago the Lord gave me to the strength to say no in the morning, in the afternoon, in the evening, at night,” DiPalma said. “Until finally, I never think of it.”

That’s why DiPalma walks the street at night.

“A person can get a miracle, it’s tattooed in my memory. And a will to come out here at night,” DiPalma said. He said the answer to homelessness is not closing one park, it’s treating what’s behind the problem – addiction.