ALBUQUERQUE, N.M. – After a week of being scared to go outside, the Albuquerque Muslim community came together Tuesday night.

On Tuesday, police arrested and charged 51-year-old Muhammad Syed in connection to two of four murders of Muslim men in Albuquerque.

The Islamic Center of New Mexico hosted an interfaith prayer and memorial service in light of four of their brothers who were recently shot and killed. Hundreds of people attended the vigil, hours after police announced the arrest of Syed.

“This is the beauty of Albuquerque this is why I’m proud to say I grew up in this city,” said Tahir Gauba, public relations for the Islamic Center of New Mexico.

At a place where there has been so much grief and fear, on Tuesday night the Islamic Center of New Mexico was full of love and support. 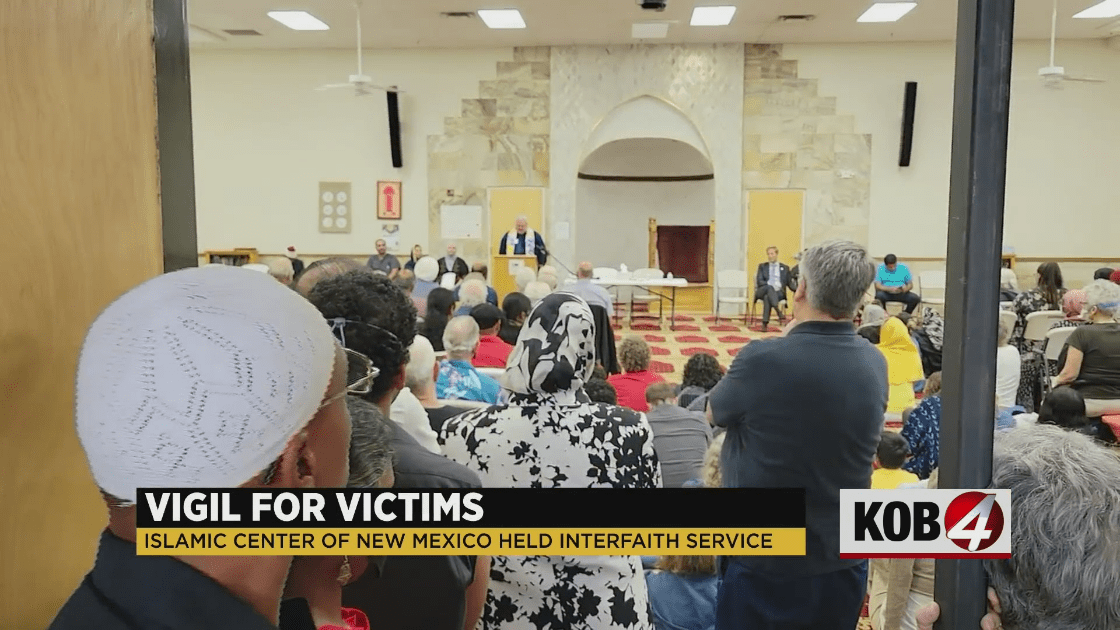 “What made it better and made a difference are friends like you, so thank you so much for your support, continue to do that, because that is what make us better humans,” said Aneela Abad, general secretary of the Islamic Center of New Mexico.

Representatives from the Jewish, Christian, Sikh and many other local faith groups spoke at the vigil for the four Muslim men killed over the past year.

“We are hurting right now because our young brilliant stars, shining stars, young men died for no reason,” said Abad.

But now that a suspect is behind bars, many in the community believe the healing can finally start.

Organizers say Tuesday night was an example of the Albuquerque they know and love — an accepting one.

They continue to say they can’t express how grateful they are for all the support from so many New Mexicans during this scary time.