ALBUQUERQUE, N.M. – An Albuquerque man faced a judge for the second time this week, and he’s now accused of raping a 13-year-old girl.

Earlier this week, 41-year-old Jeremy Guthrie was arrested for suspected DWI. Guthrie also had several minors in the car with him at the time – none of them his own. New details just released claim he allegedly raped two of those minors found in the car.

On Wednesday, the judge ruled Guthrie would be released on his own recognizance, but Guthrie is still behind bars.

The day after his initial court appearance, court documents KOB 4 obtained claim he was having sexual relations with at least three children as old as his own.

In a criminal complaint, the girls’ grandma says the 13-year-old had been having a sexual relationship with Guthrie since she was 12. 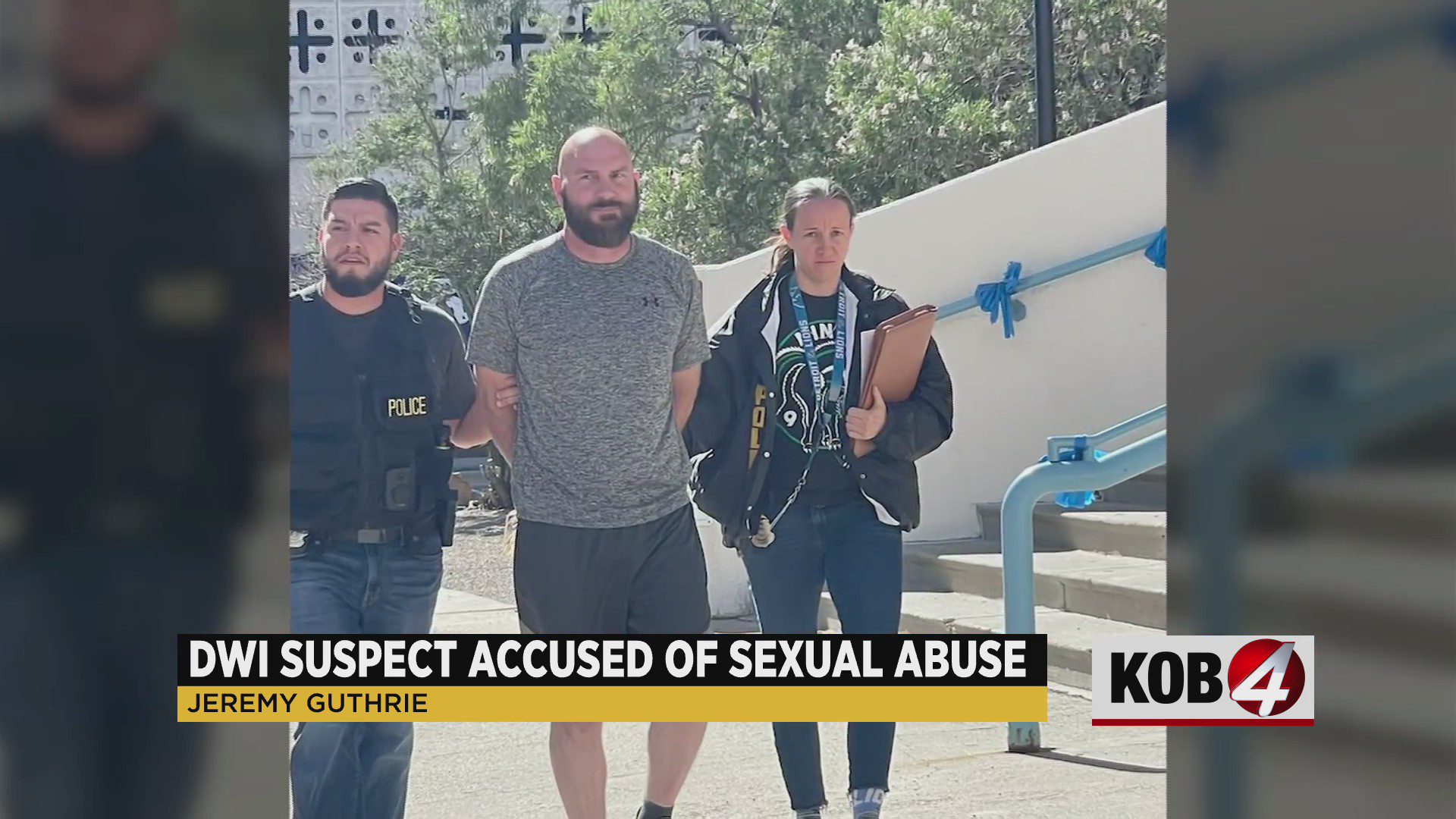 In the document, the girl says Guthrie got her pregnant when she was 12, but later had a miscarriage.

The girl later told police Guthrie would message her and her twin sister on Instagram and Snapchat.

According to police he told the girl he “loved both her and her sister and wanted to have a daughter with her” after finding out she may be pregnant again.

Guthrie is already facing six charges of child abuse and a DWI, and on Thursday the state opened a new case with charges of criminal  sexual penetration.

Guthrie will remain behind bars until his pretrial detention hearing later this coming week.