ALBUQUERQUE, N.M. – Pride weekend has come and gone here in Albuquerque, but one man is spreading the love a little bit longer.

Last week, KOB 4 told you how Addison Foskey’s Pride flag was ripped apart in his own front yard, but when the station stopped by Sunday, his yard was covered in rainbows.

What started as a small act of vandalism ballooned into a large showing of support, and this is just the beginning.

This whole mission started when Foskey’s girlfriend found their Pride flag torn up in their driveway last week. 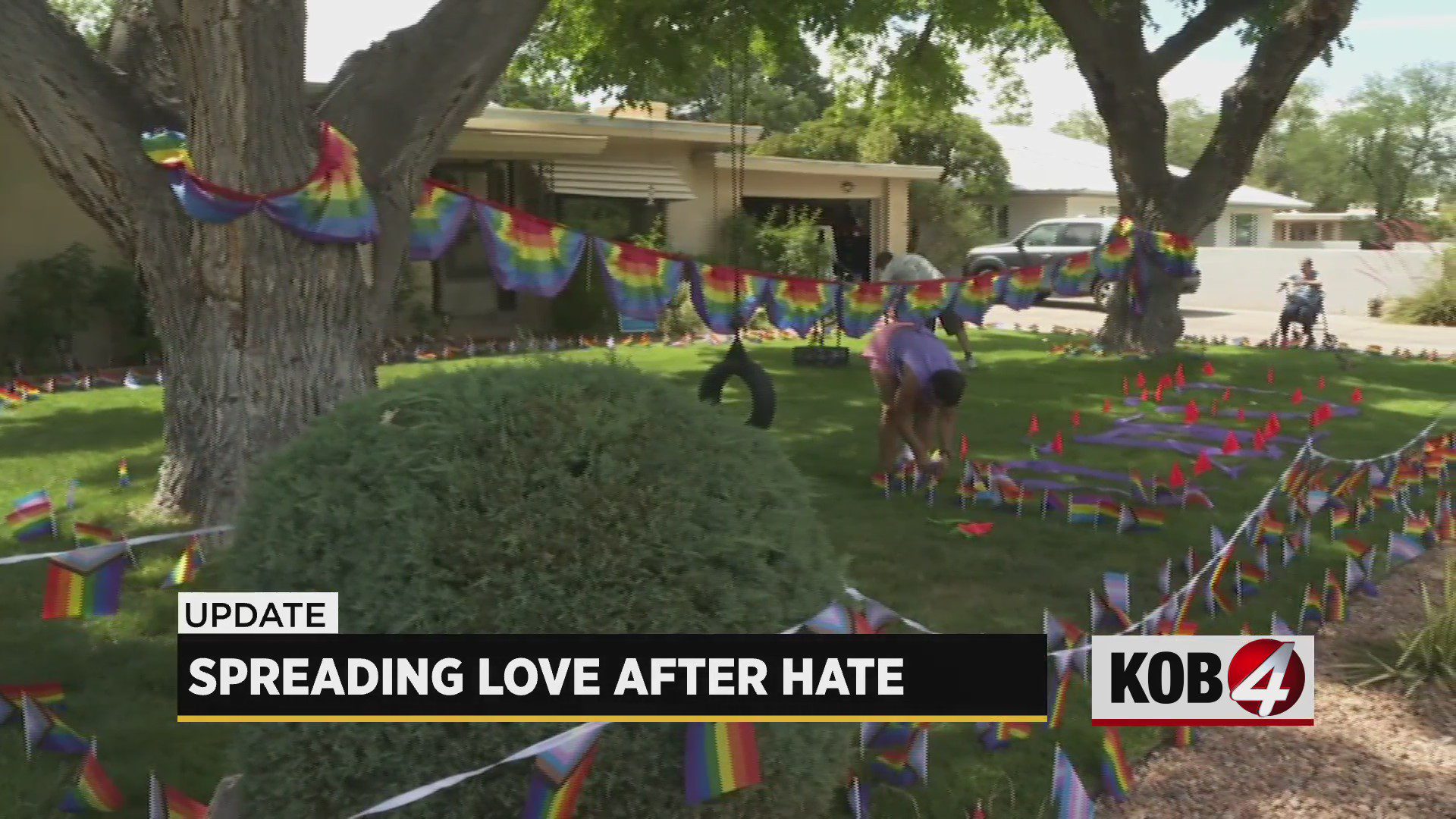 “The person that tore up the flag, they stole our human rights sign. They could have stolen the flag they could have thrown the flag on the ground, instead they took the time to rip it to shreds then throw it on the ground, that’s just concentrated hatred in that act,” said Foskey. “I am not mad about the vandalism I’m mad about the intent behind the act that is what upset me and that is what drove this.”

Foskey has been documenting the experience on TikTok and his followers have been sending him more and more flags to put out. And as he was putting the flags together on a livestream, he got an idea.

“I need a name, y’all gimme a name,” said Foskey in the livestream.

He started writing the names of supporters on the flags before putting them in his yard.

“They want their presence to be felt and who am I to say no to that, that is exactly what we want,” Foskey said.

He says he’s written about 500 names so far and wants to keep this display up for the rest of the week, weather permitting.

“I’m going to keep them up as long as I can. If we know we have a storm with heavy winds coming, I’ll pull them and then the plan is to take all of these to Pride in Santa Fe next weekend,” said Foskey.

Spreading the love even further.

“The support this little mission of mine has gotten has been absolutely incredible,” Foskey said.