ALBUQUERQUE, N.M. — Police announced Thursday that in a search to find a possible tiger at an Albuquerque man’s home, they instead found another illegal, exotic animal – an alligator.

They also ended up seizing more than a dozen guns, pounds of drugs and thousands in cash.

He’s the owner of the Mountain Road home near Old Town where police said they made the large bust on Aug. 12.

KOB 4 originally reported that an alligator was found in Albuquerque and handed over to the BioPark. 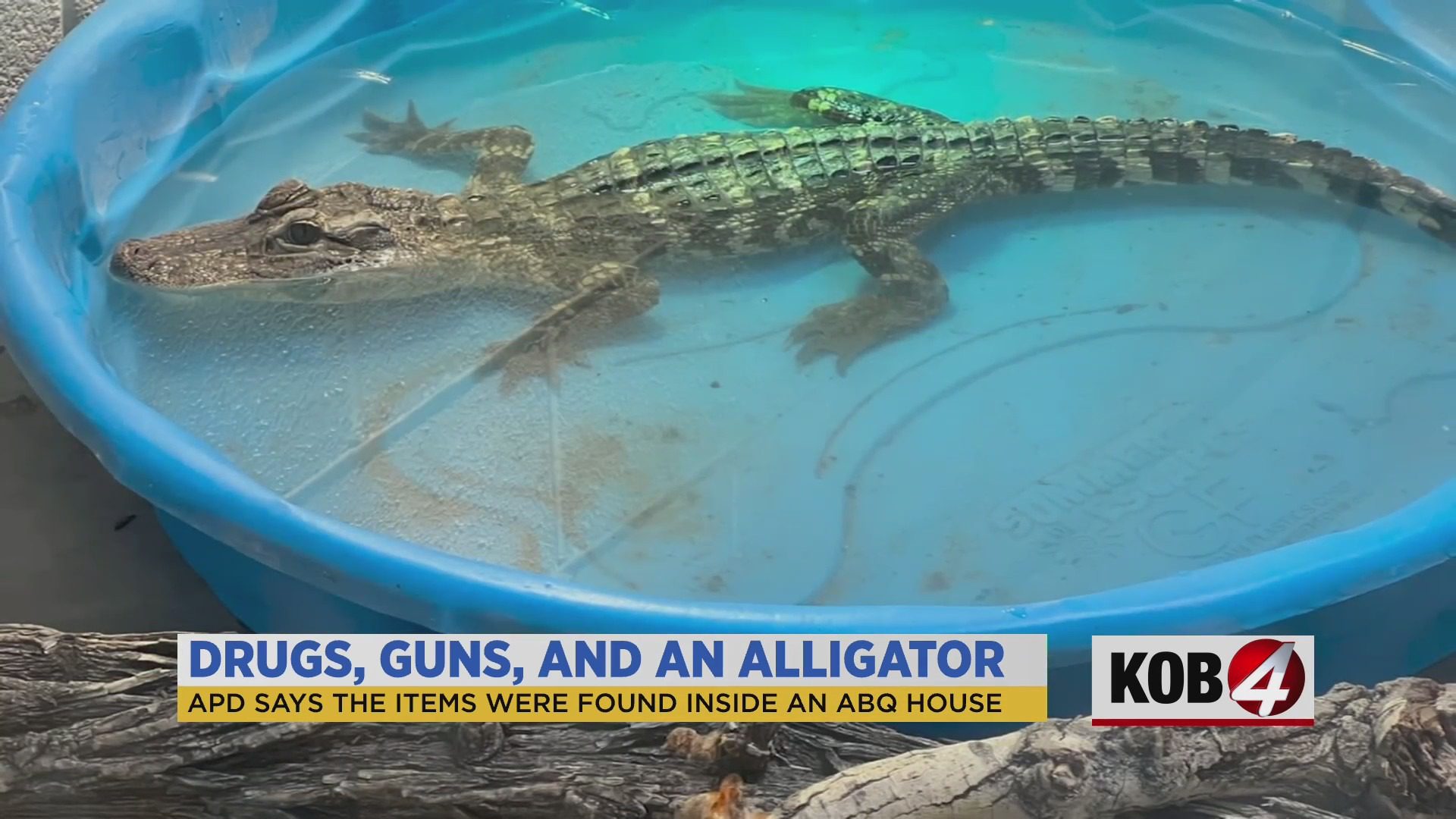 “It looks like a three to four year old alligator, maybe three feet long? So he’s not very big. It’s hard to tell what his care was like,” BioPark Zoo Manager Lynn Tupa told KOB 4 on Aug. 23.

In court documents, they described a place that sounds like a stash house. Giddings reportedly told investigators he was storing drugs at his home for a man named “Gordo.”

Investigators said they took a bunch of drugs from the home, including fentanyl pills, 2 pounds of heroin and more than 10 pounds of cocaine.

They reportedly found $40,000 dollars in cash and 17 guns – one of them was an automatic rifle, which is rare.

Investigators discovered all of that because they were looking for a tiger, which has not been found.

A New Mexico Department of Game and Fish spokesperson told KOB 4 Thursday evening that they aren’t quite ready to talk about their investigation into the exotic animals.