Police say he was not shot by anyone, despite reports from bystanders at the scene.

APD says 15-year-old Brett Rosenau was found dead inside the home after the fire was put out.

It all started early Thursday morning, Albuquerque police were going after Qiaunt Kelley for violating his probation. Officers also wanted to question him about a recent homicide investigation and an officer involved shooting.

Police found Kelley at a southeast home in Albuquerque, but when they approached him, he barricaded himself inside. Police says Rosenau also ran into the home. 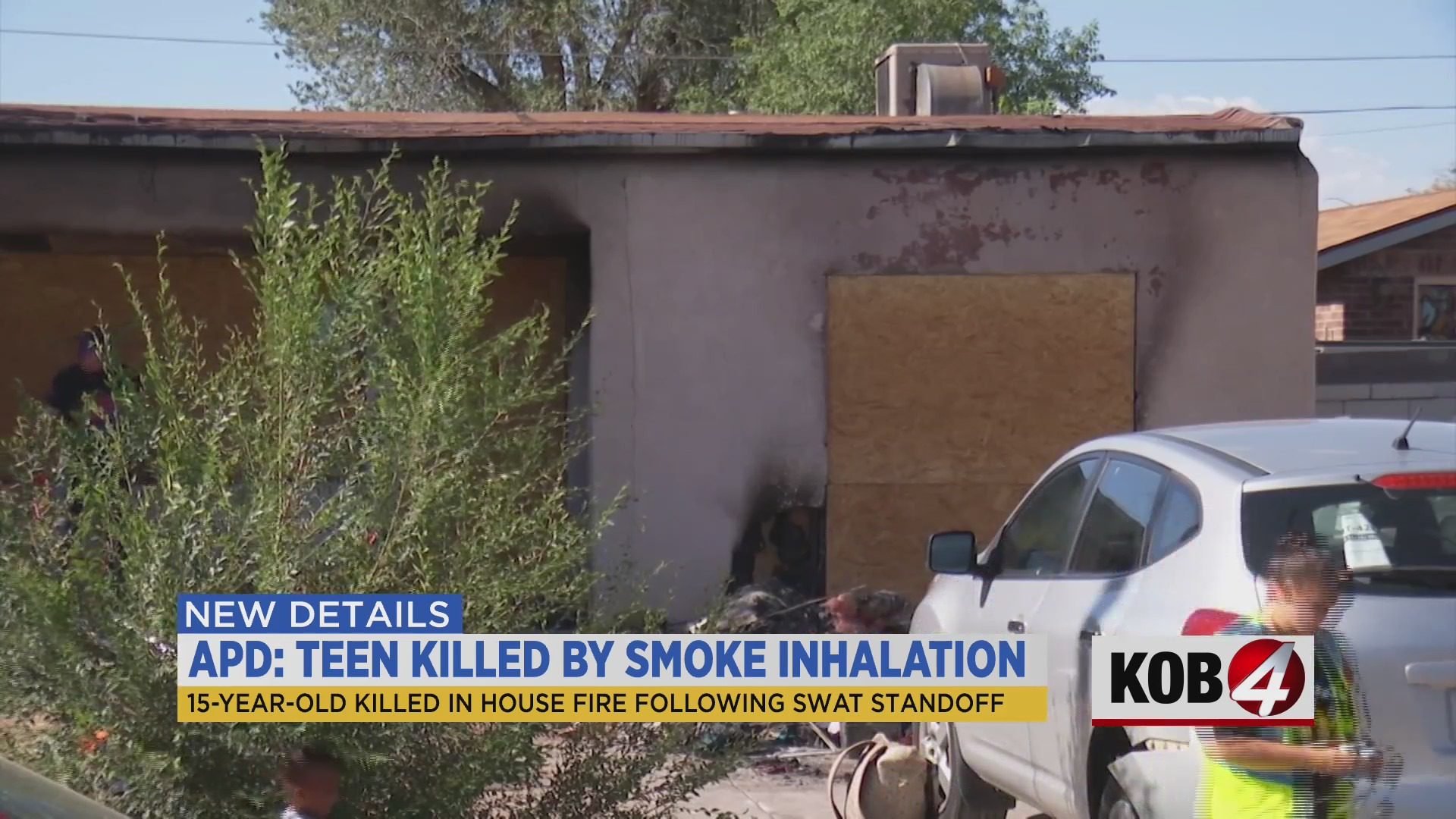 After several hours of trying to get Kelley to surrender, officers used multiple rounds of munitions to try and get him out. Rosenau was still inside.

The SWAT situation stopped when they noticed the home caught fire.

As firefighters arrived, Kelley ran out of the building with burn injuries, but Rosenau didn’t make it out.

Now there is a new investigation into what caused the fire and if the munitions used were the cause.

Medina said last week it is a possibility.

“We’ve heard the stories that it’s possible these could start fires but we’ve never experienced that here,” said Medina.

Police say the investigation into what caused the fire will take about two weeks to conduct.

It’s still unclear how Kelley and Rosenau knew each other.