ALBUQUERQUE, N.M. – The City of Albuquerque provides crossing guards for 74 elementary schools across the metro.

“Typically, we will have two guards at each crossing, obviously before school as well as after school,” said CABQ Department of Municipal Development spokesman and Department of General Services Scott Cilke.

With at least 30 open crossing guard positions, Cilke said it is difficult to assign multiple people to each school.

“Since we’re not able to operate at full capacity, as we were before the pandemic, we’ve prioritized schools based on the amount of traffic that happens around them,” he said. “But if we lose any more crossing guards or anything like that, it would be possible that some schools will have to go without crossing guards.”

So the city is asking for applicants for an essential job with few qualifications. 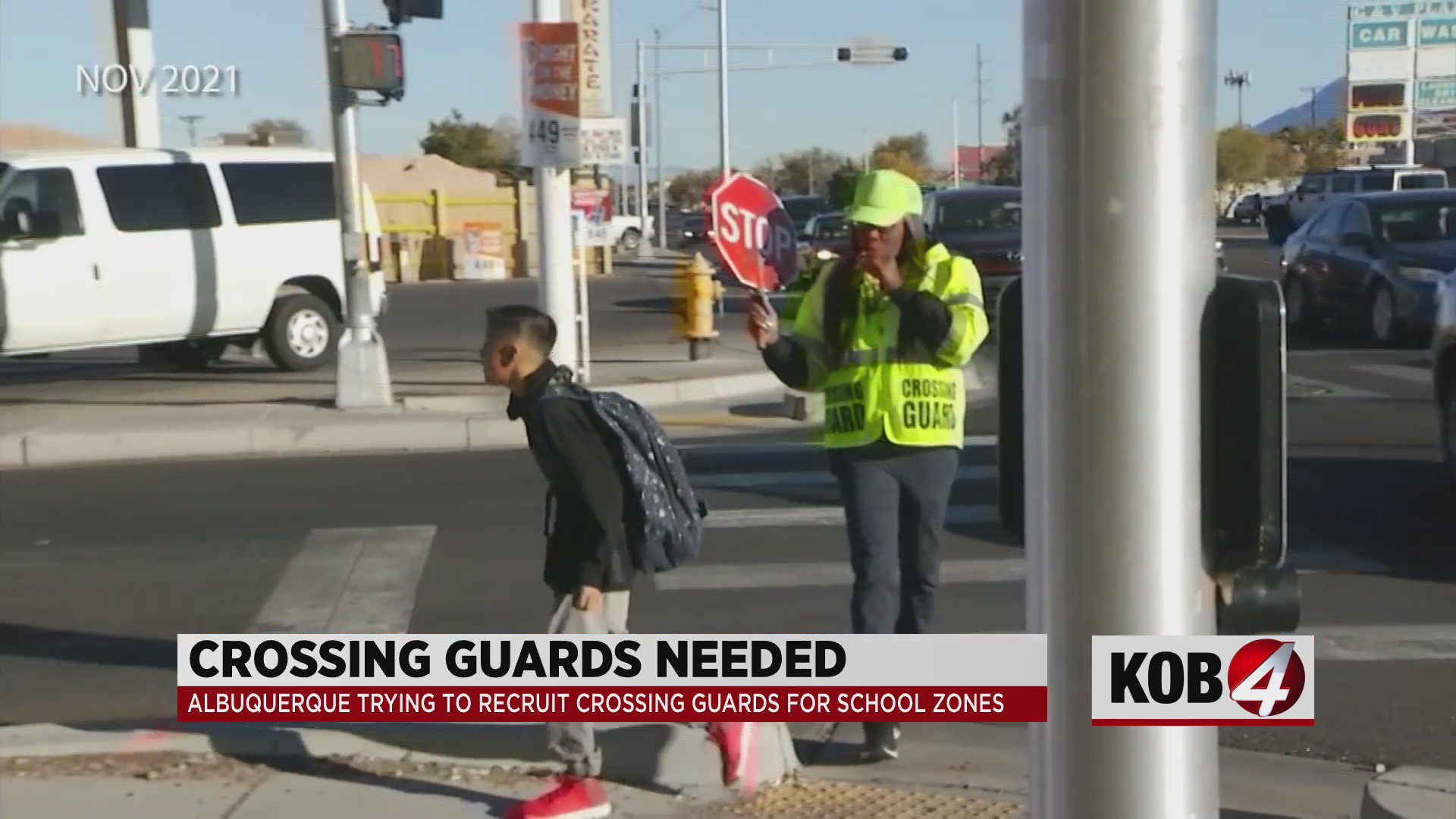 “The biggest qualification is a friendly face and a good attitude,” Cilke said. “Someone that you just see day after day, who encourages you, gives you a high five, gives you smile, and, you know, sends you on your way.”

He said the city is also looking for applicants who are prepared to protect those who need it.

“We have experienced our crossing guards, you know, really saving lives and the lives of children,” he said.

Shaniqua Fisher is one of those crossing guards, who was honored by Emerson Elementary school for saving an 11-year-old boy last year. She reportedly pulled him out of the path of a car that didn’t yield.

“It takes patience,” she told KOB 4, shortly after the incident. “You have to really love the job because the kids make the job.”

Cilke said the starting pay for crossing guards in Albuquerque is typically $12 an hour. Since they only work for close to 40 minutes in the morning and afternoon, it is a part-time job, but multiple people outside Zia Elementary told KOB 4 they appreciate.

“They ensure the safety of children and the families that are going to and from school each day,” one parent said. “”Drivers aren’t always focused on driving, and so sometimes there can be problems if somebody isn’t pointing out to them the need to stop for pedestrians.”

If you or someone you know is interested in applying to become a crossing guard, click here for more information.