Albuquerque to unveil statues of Walter White and Jesse Pinkman

ALBUQUERQUE, N.M. — Statues of Walter White and Jesse Pinkman will be unveiled at the Albuquerque Convention Center later this month.

“Over the course of fifteen years, two TV shows and one movie, Albuquerque has been wonderful to us.  I wanted to return the favor and give something back,” said “Breaking Bad” creator Vince Gilligan. “These larger-than-life bronzes of Walter White and Jesse Pinkman exist thanks to the generosity of Sony Pictures Television and the artistry of sculptor Trevor Grove, and I love them.  It makes me happy to picture them gracing The Duke City for decades to come, attracting busloads of tourists.”

Both statues will be installed and displayed inside the convention center.

The statues will be unveiled on July 29, the day before Bryan Cranston and Aaron Paul will appear at Isotopes Park and throw out the first pitch. 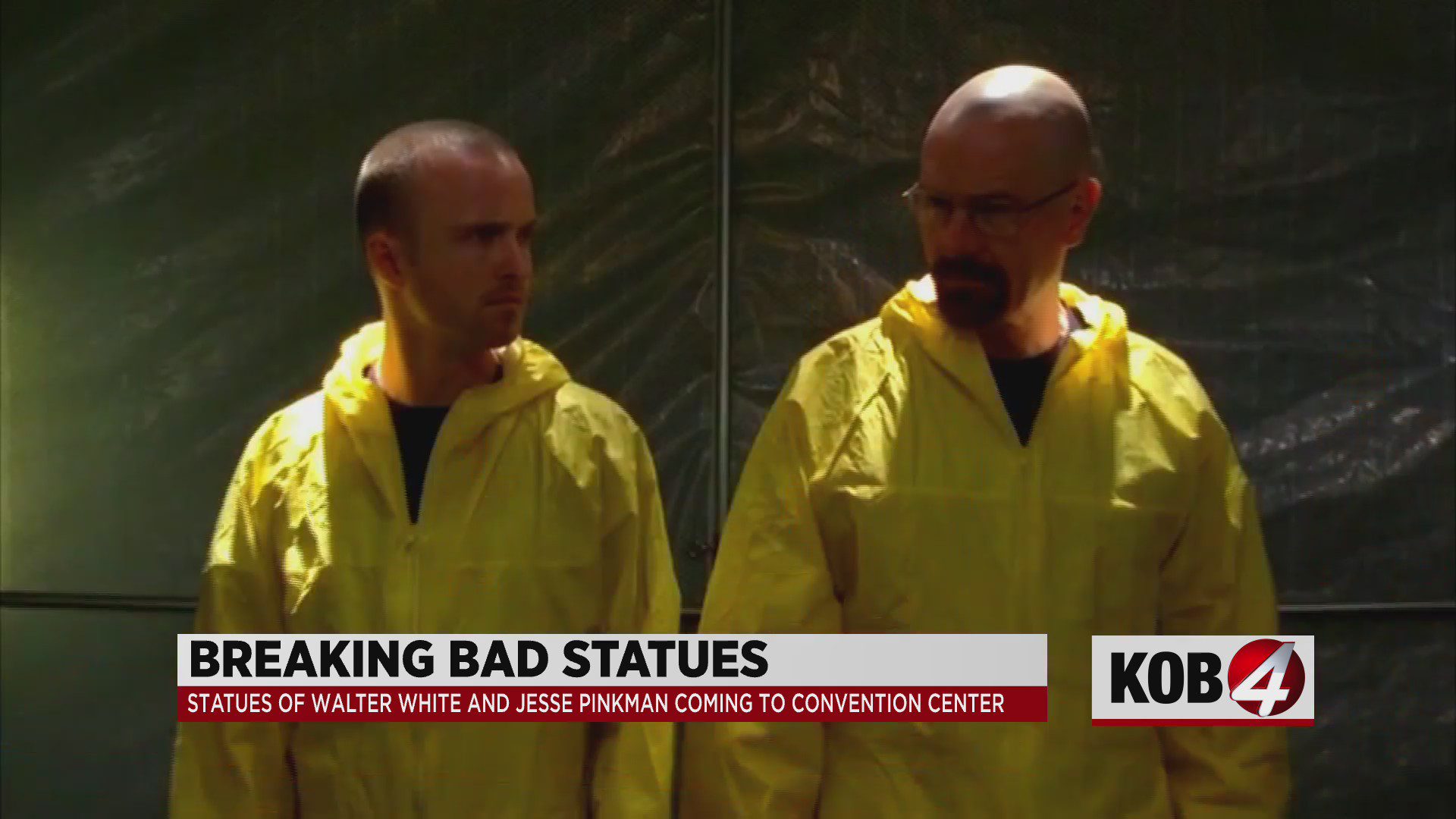