ALBUQUERQUE, N.M. – Staffing levels at the Metropolitan Detention Center have been a huge problem. The staffing problem is so bad the state’s Chief Public Defender made the choice months ago to keep his attorneys out of MDC.

“The lack of staff raised a real concern about the safety of our folks when they are inside the jail,” said Bennett Baur NM LOPD chief public defender.

Jail officials admit they have a challenge. Corrections officers are putting in a lot of overtime. The figure KOB 4 heard Wednesday was 64 hours a week.

On Wednesday, the jail tried to make up for the shortage with a rapid hiring event, with on-site interviews and on-site hiring. 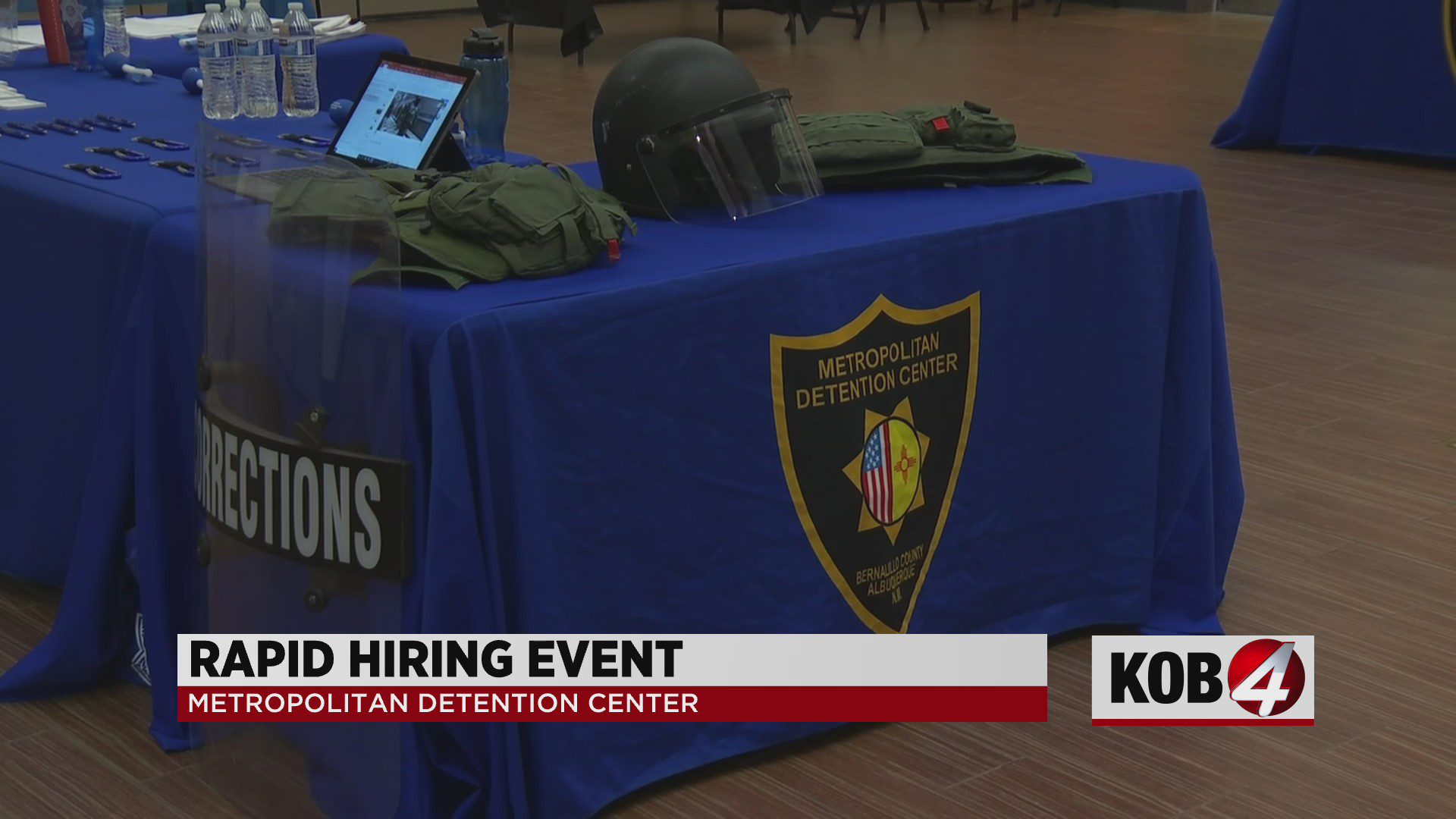 We were told that everyone who showed up Wednesday was the first time recruiters were able to talk to them.

“The local workforce connections building they gave me a flier saying there was a hiring event, so I figured I’d come down and check it out,” said Michael Martin, job seeker. “I’m looking to expand my horizons, try to get better pay, better work experience, try to help support my family.”

Those new hires are conditional on a psychological evaluation and a medical exam.

It’s not just the MDC that’s short on officers, detention centers across the state are short-staffed.

This month’s report from NM Counties shows the state is short more than 2,300 positions.

In Otero County, some inmates are having to be moved to Texas.

“Their families cannot be affording to go drive for three hours to get a hotel room to pay for the gas, to pay for the securest phone calls that cost dollars a minute,” said Dayna Jones, public defender with the Alamogordo Law Office.

NM Counties’ report shows as of Aug. 1, Otero County had a 50% vacancy rate at its facility.