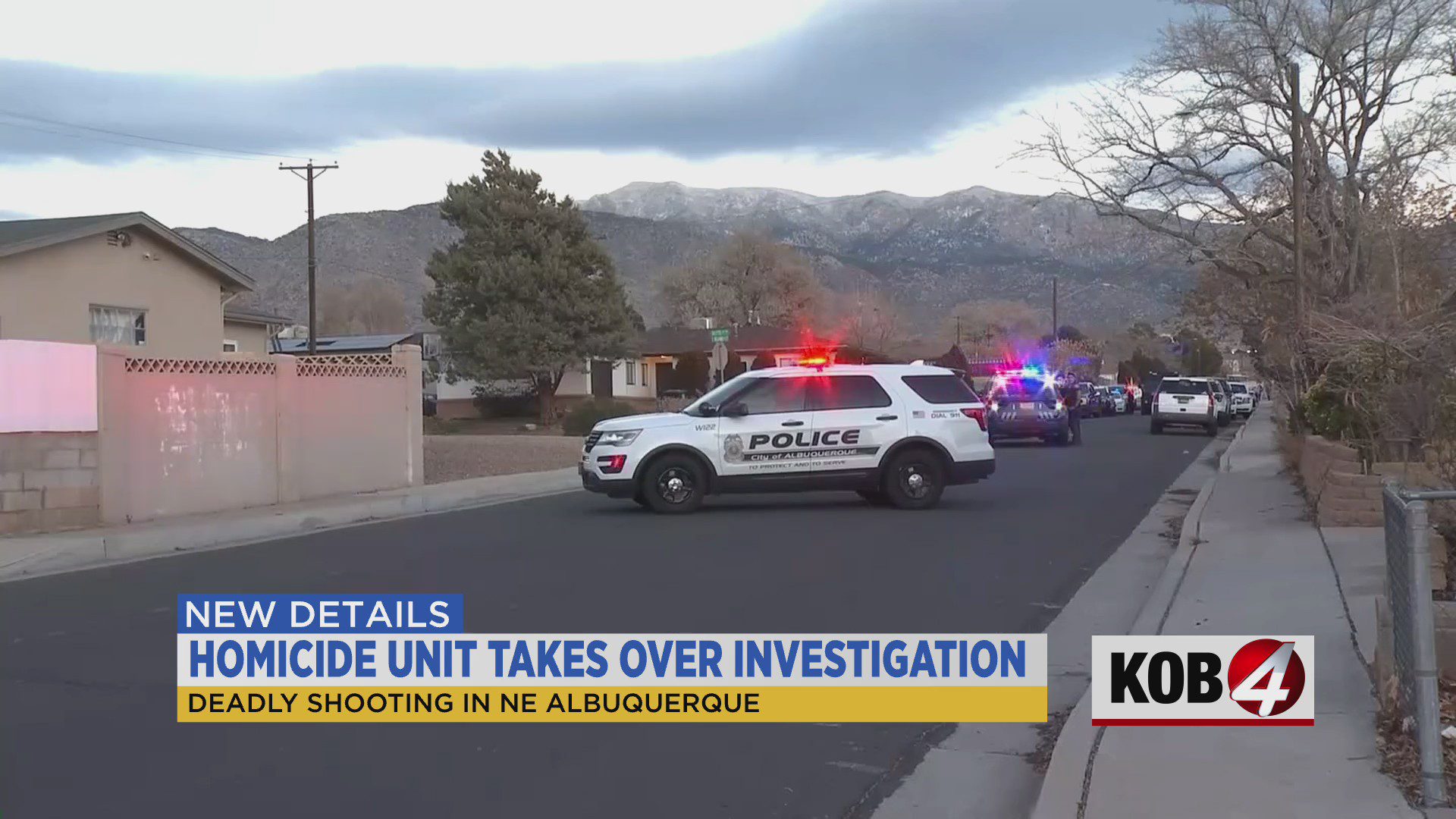 ALBUQUERQUE, N.M. — Albuquerque police responded around 4:30 p.m. Thursday to a reported shooting outside a home on the 1400 block of Betts Street.

According to APD, a SWAT team was then called in to clear the home near Morris and Constitution, but they did not find anyone inside. The victim was shot to death in the driveway.

KOB 4 went to the home Friday. There were multiple people in the front yard, surveying the damage from the SWAT investigation – several shattered windows, a kicked-in front door and a mangled garage door.

APD did not release any suspect information or provide any details on what led to the shooting.

One person, who asked to remain anonymous, told KOB 4 they heard the gunshots and ran to be with the victim in his final moments. They also said they were sent a video shortly after the shooting, showing a car speeding away from the home.

Cormier was arrested outside of the same house on Betts Street in early October. It’s where police believe another man, 28-year-old Daniel Rodriguez, shot at officers from the backyard. An officer fired back, but no one was injured.

Police said Cormier was one of the people who had come out of the house and surrendered to officers, while Rodriguez tried to flee out the back window. Cormier was booked on an unrelated outstanding warrant that night and was later released. He was never charged in connection to the police shooting.