ALBUQUERQUE, N.M. – Albuquerque police are searching for a woman who they believe was one of multiple shooters who killed a man and injured two women Saturday night.

Police say there was a confrontation when Angelica Aguilar also known as “Angel” pulled out a gun. Officials say they have video of her and a group of men shooting at another group in a parking lot just off Central.

APD says they responded to calls of gun shots just before 11 p.m. Saturday night and when they arrived on scene they found three people with gunshot wounds.

A man was pronounced dead at the scene and two women were taken to the hospital.

According to one of those victims, Aguilar was mad at them because she accused them of selling her boyfriends things while he was in jail. 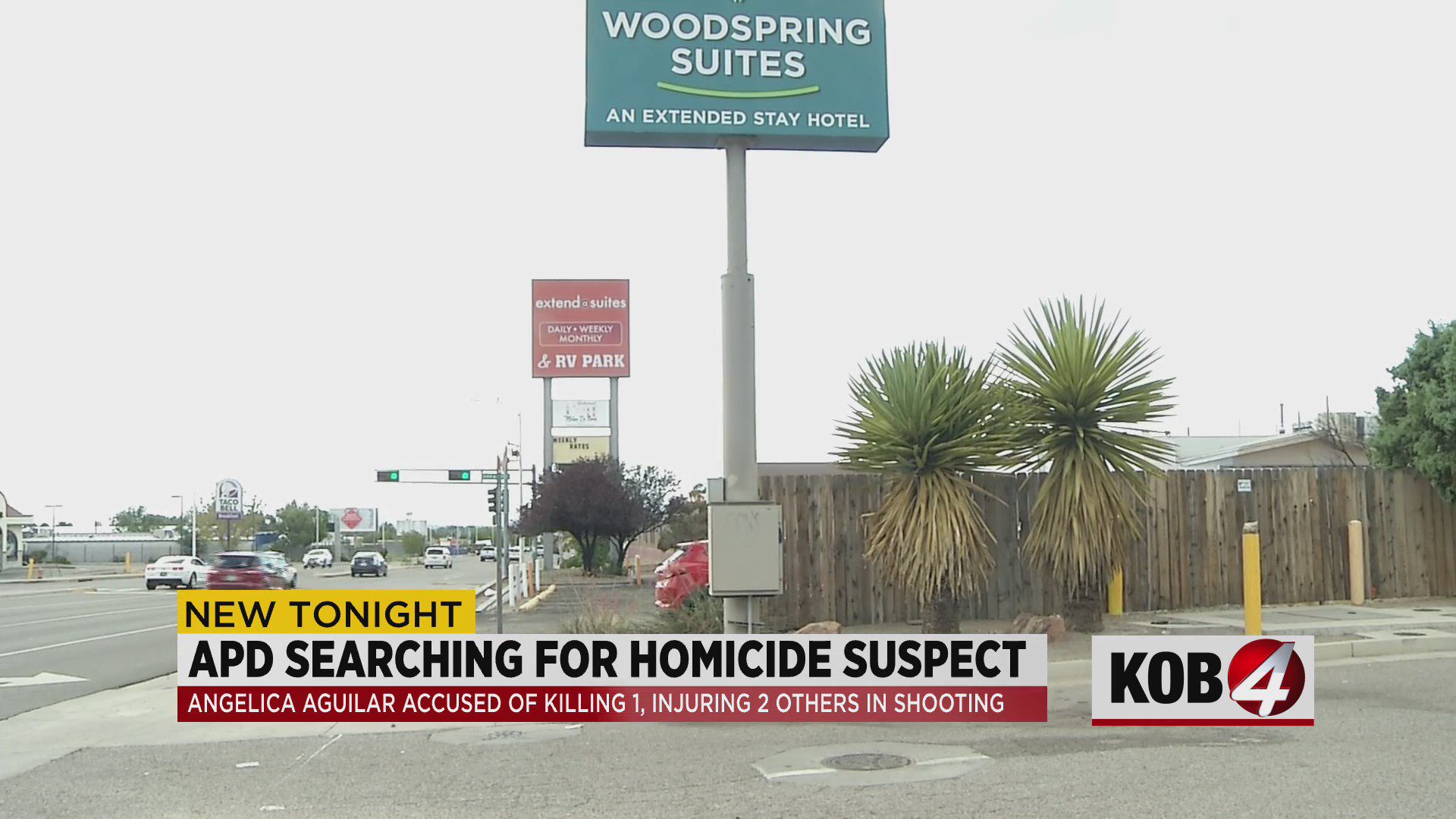 Police say the fight turned violent when Aguilar and an unknown man pulled out guns and started shooting at the group.

Along with Aguilar, the two surviving witnesses told police another man also fired a gun at them, but APD does not know who that man is at this time.

By KOB 4’s count this is the 79th homicide APD is investigating this year so far.