Police have a vehicle of interest and want the public’s help finding it.

“We’ve learned some about what’s happened, we have some leads, we’re going to talk about some of those today and we’ve been clear from the outset, regardless intolerance, violence, targeted violence has no place in Albuquerque and we will not stop until this perpetrator is found and held to justice,” said Mayor Tim Keller.

Authorities are asking the public for help in locating a dark gray/silver Volkswagen Jetta with four doors and tinted windows.

A mobile command post will be set up in the city for people to access services or provide information. 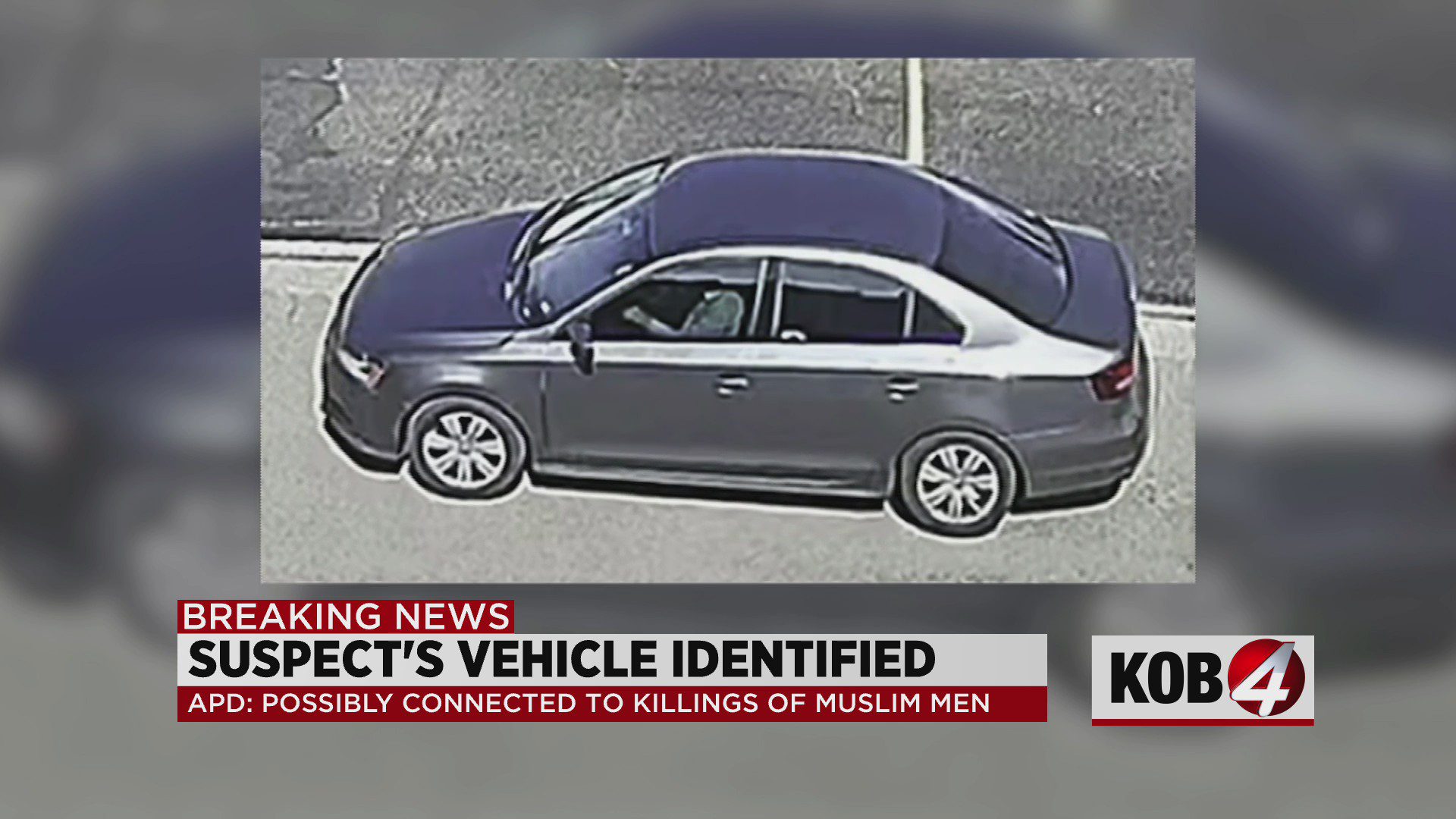 Keller says the city is very concerned about student safety with APS starting in a few days. He says the city is working with APS police and will be providing meals to people in the Muslim community who are afraid to leave their homes.

The four victims whose murders police say may be connected are: Mohammad Zahir Ahmadi who was killed last year, Aftab Hussein, Muhammad Afzaal Hussain, and KOB 4 confirmed the identity of the most recent victim with multiple sources in the Muslim community as Naeem Hussain, a man in his mid-20s, born in Pakistan.

The latest shooting happened Saturday at Truman and Grand, near San Mateo, and it’s also near a location for refugee services. Police say they responded just after midnight and found a man dead.

“Is APD considering this a serial killer at this time?”

“I think it is too early to comment on that or classify it with a term like that right now, this is an alarming death that connects to the others as far as we can tell, so we will focus on that and focus together with our federal partners,” said Gilbert Gallegos, APD public information officer.

APD emphasized the importance of help from the public which could be critical in cases like these. Reward money is available for anyone that has information in this case. Albuquerque police have a $20,000 reward and there’s a $10,000 reward from “CAIR” — the Council on American Islamic Relations.

CAIR representatives say people need to reach out to those in the Muslim community during this time and, of course, be safe.

“We have never seen something like this, something so systematic, something happening over a long period of time, targeting multiple people with a killer who is still at large,” said Edward Ahmed Mitchell deputy director of CAIR.

This developing case is also attracting attention from both state and national leaders. Gov. Michelle Lujan Grisham spoke out for the first time Sunday.

“I am incredibly angry about this situation. Every New Mexican should stand up and be against this kind of hatred. It has no place in this city, and it has no place in our state,” said Lujan Grisham.

U.S. President Biden and Vice President Harris tweeted about the situation on Sunday.

If you have any information about these killings call 242-COPS or 1-800-CALLFBI. People can also use APD’s evidence portal to upload photos and videos relating to the recent homicides.