ALBUQUERQUE, N.M. — Police say another Muslim man has been shot and killed in Albuquerque. They believe his death may be connected to the murders of three other Muslim men in the metro.

The most recent killing happened early Saturday morning. Police say they responded to the area of Truman and Grand just after midnight. Upon arrival, police say they found a Muslim man shot and killed. This happened near San Mateo and was right outside Lutheran Family Services – an organization that helps refugees.

KOB 4 confirmed with multiple people in the Muslim community that the man killed overnight was 25-year-old Naeem Hussain.

The first victim possibly linked to this case is 62-year-old Mohammad Zahir Ahmadi, who was killed last year. The second victim is 41-year-old Aftab Hussein who was murdered less than two weeks ago. 27-year-old Muhammad Afzaal Hussain is the third victim who was killed Monday night.

Now, Naeem Hussain, who was the man killed overnight. 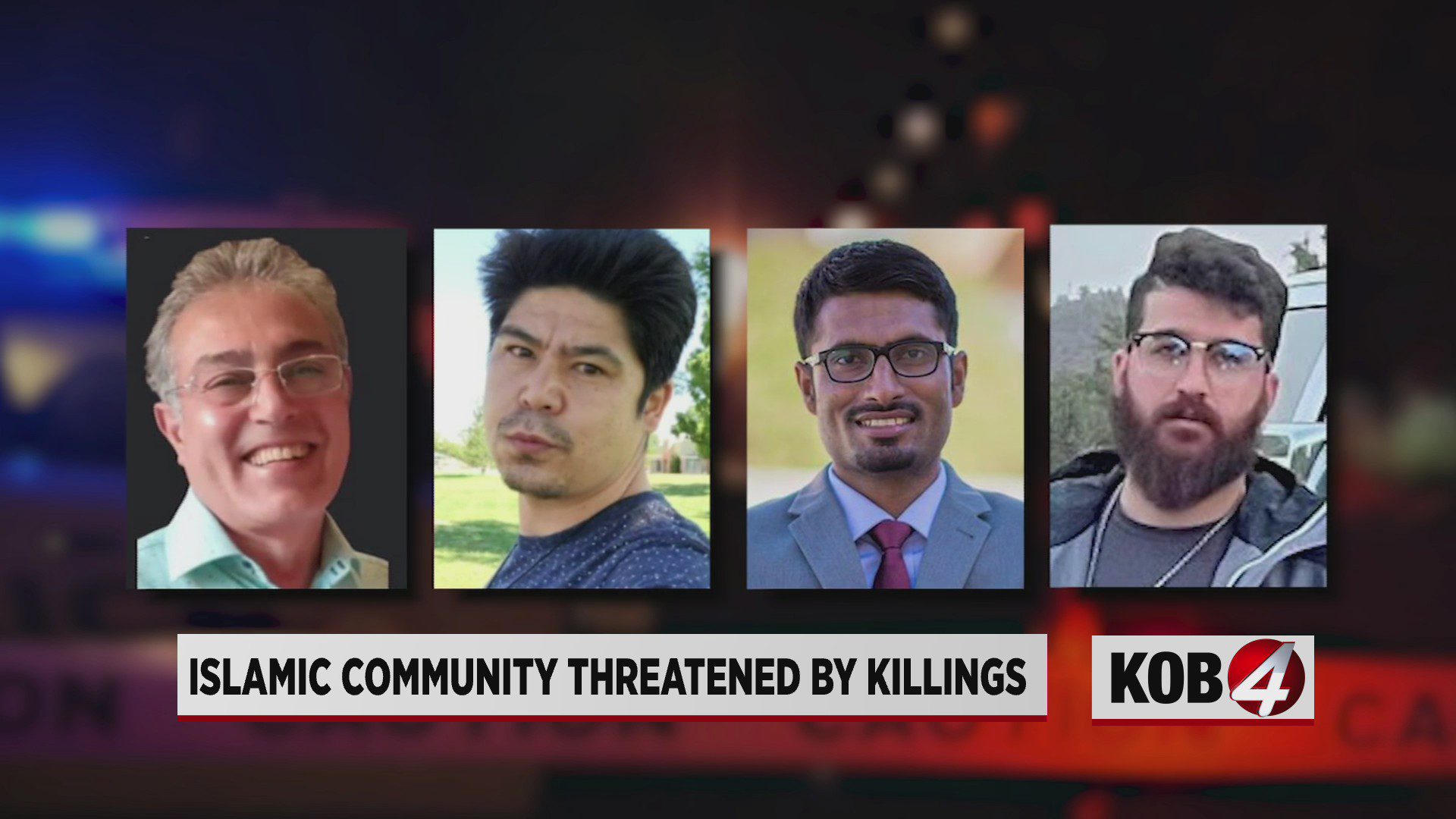 Police have not said whether they believe one person or multiple suspects carried out these heinous attacks, but they did give an update on their investigation Saturday afternoon. The main message from law enforcement was that they need the public’s help to catch whoever is targeting Muslim men.

They said they couldn’t share if they had any leads or suspect descriptions at this time, but they are urging anyone with information or tips relating to any of these four murders to call law enforcement right away.

The APD, FBI, and both the district and U.S. attorneys all spoke out against these murders Saturday not only calling for more information but also urging members of Albuquerque’s Muslim community to stay vigilant and to be extra careful in the coming days.

APD says they believe these killings are connected, but it is still early in their investigation.

“Is APD considering this a serial killer at this time?”

“I think it is too early to comment on that or classify it with a term like that right now. This is an alarming death that connects to the others as far as we can tell, so we will focus on that and focus together with our federal partners,” replied APD Public Information Officer Gilbert Gallegos.

KOB 4 also asked if the most recent victim, Hussain, was ambushed and shot in the same way as the other murdered Muslim men were attacked. APD said they can’t share that information at this time.

Police were also asked if they believe the suspect is escalating their attacks because they know multiple law enforcement agencies are after them. APD could not comment.

The press conference ended with a message for the Muslim community.

“Watch out for one another let other individuals know when you are going in and out, make it very obvious that others are watching you as you come in and out of your car or your house. Make sure you are open and extremely visual an purposeful that you are conducting daily activities and it’s important that we are all watching out for one another,” said APD Chief of Police Harold Medina.

APD added they will be increasing patrols in targeted areas across the metro, but they did not share exactly where these patrols will be.

Multiple organizations have upped their reward for any information that leads to an arrest in this case – $15,000 from APD and $10,000 from CAIR, the Council on American-Islamic Relations in D.C., a Muslim civil rights organization.

If you have any information about these killings call 242-COPS or 1-800-CALLFBI. People can also use APD’s evidence portal to upload photos and videos relating to the recent homicides.