Albuquerque police say shootings of 3 Muslim men may be connected

ALBUQUERQUE, N.M. — Albuquerque police say they are looking for a single suspect they believe could be responsible for three recent homicide cases – all deadly shootings.

APD’s suspicion begins with the death of 62-year-old Mohammad Ahmadi last November. Officers said they found his body in the back parking lot of his business on San Mateo and Mountain.

Just days after that, police identified a third victim. On Monday, Aug. 1, officers found 27-year-old Muhammad Afzaal Hussain on the sidewalk at Cornell and Lead, near the University of New Mexico.

“Our homicide detectives and our investigators currently believe there’s a strong possibility that the same individual has committed all three of these crimes,” APD Deputy Cmdr. Kyle Hartsock said.

APD officials said they have no suspect information, and would not go into specifics of why they believe one person may have committed all three shootings, but they did point to something the victims had in common – their race and religion. Police say it is possible the men were targeted for being members of the Muslim community.

“What we can tell you is that all three victims, we believe were ambushed, that they didn’t have any real warning that this was about to happen,” Hartsock added. “So that would generally tell us this person has been lying in wait. We don’t know how they would identify the victims, but they’re all– it’s all very similar MO’s of how these are occurring.”

Officials asked the public to look for certain changes in the people around them, in hopes of identifying a suspect. 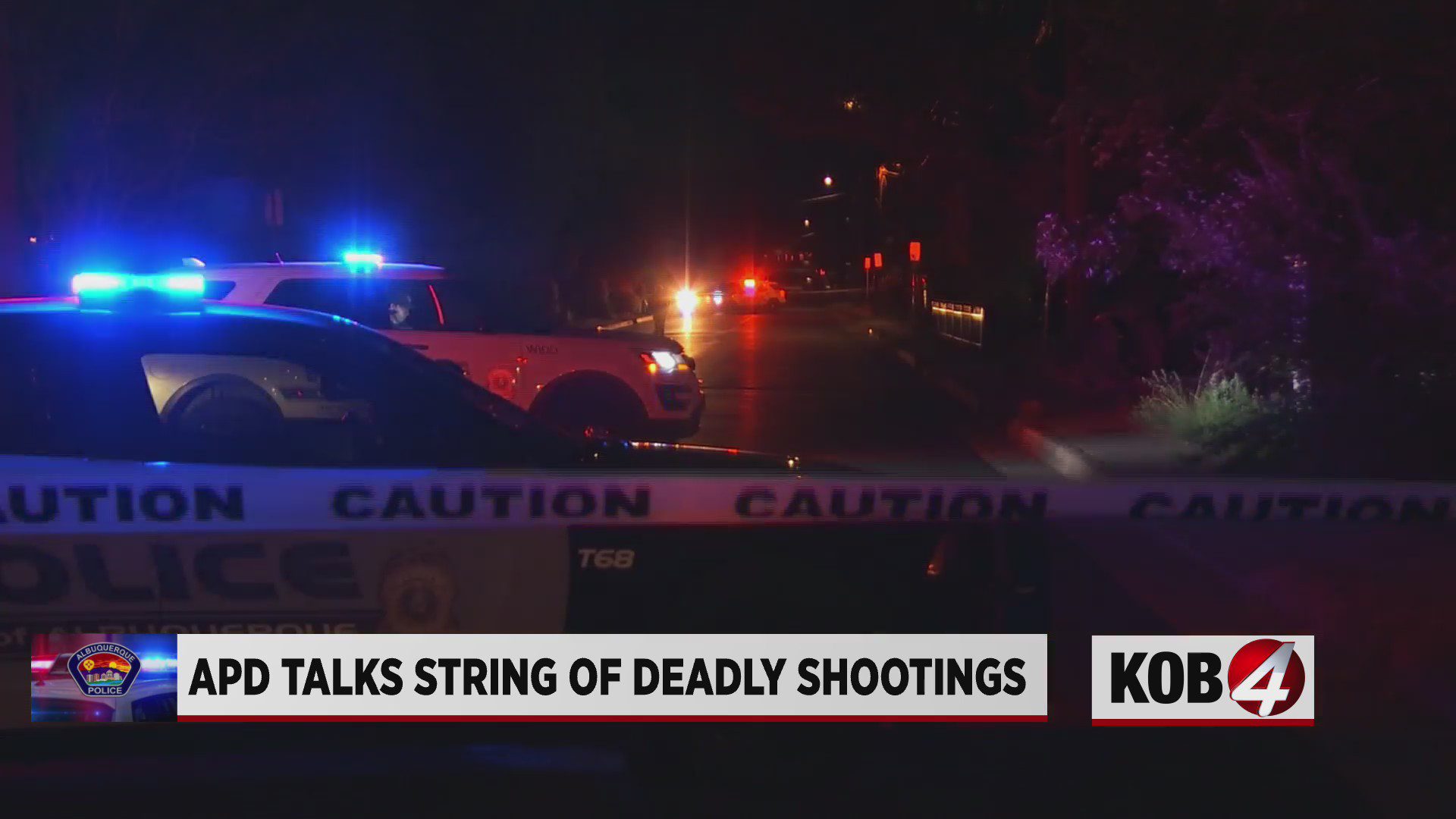 “These murders have happened in the past week,” Hartsock said. “Whoever’s doing them is changing up their lifestyle, their behavior, something is off more than usual, and we want you to let us know why you think that is.”

While APD investigates the homicides, the department says all three cases have the attention of the FBI and Bernalillo County District Attorney Raúl Torrez.

“We are committing investigators and analysts to the ongoing efforts of both the FBI and the Albuquerque Police Department to quickly identify and apprehend the murderer,” he said. “I know, the lack of specifics – and a lot of the information that is related to this investigation – is something that, at this stage, is going to cause great concern, and frankly, I think there will be more questions than answers at this point.”

A spokesperson for APD said the department cannot say whether these are serial killings.

“We believe the two most recent murders are connected,” he said. “We don’t know if the third murder is connected but detectives are looking into the possibility.”

APD asks anyone with any information to call CrimeStoppers at 505-843-STOP or submit an anonymous tip online here.

“We’re disturbed by the recent murders of members of our local Muslim community. The victims and their families are in our hearts as APD and the FBI work toward solving these cases and protecting the community from further violence. We’ll continue to stand by our Muslim neighbors and offer support as the community mourns these tragedies. While we do not have all the answers yet, what we do know is that violence against members of our community based on race or religion will not be tolerated in Albuquerque.”

“The senseless and horrific murders of Mohammad Ahmadi, Aftab Hussein, and, most recently, Muhammad Afzaal Hussain are deeply disturbing to me and to all New Mexicans. New Mexico is a state that is proud of its diversity, which makes our state a richer and more vibrant place to call home.

My thoughts and prayers are with the families, friends and loved ones of these men, as well as with the Muslim and Middle Eastern communities in Albuquerque and the rest of the state. We will provide any resources requested by law enforcement to aid in this investigation.”