Bernalillo County commissioners are in charge of picking his replacement, but the process has been anything but easy.

Despite that, in a 3-2 vote, the commission appointed current state Rep. Moe Maestas to the Senate seat. That means the commission will be back at it again to appoint someone to fill Maestas’ soon to be open seat in New Mexico’s state House.

That appointment has put the commission at the center of a political standoff for weeks. 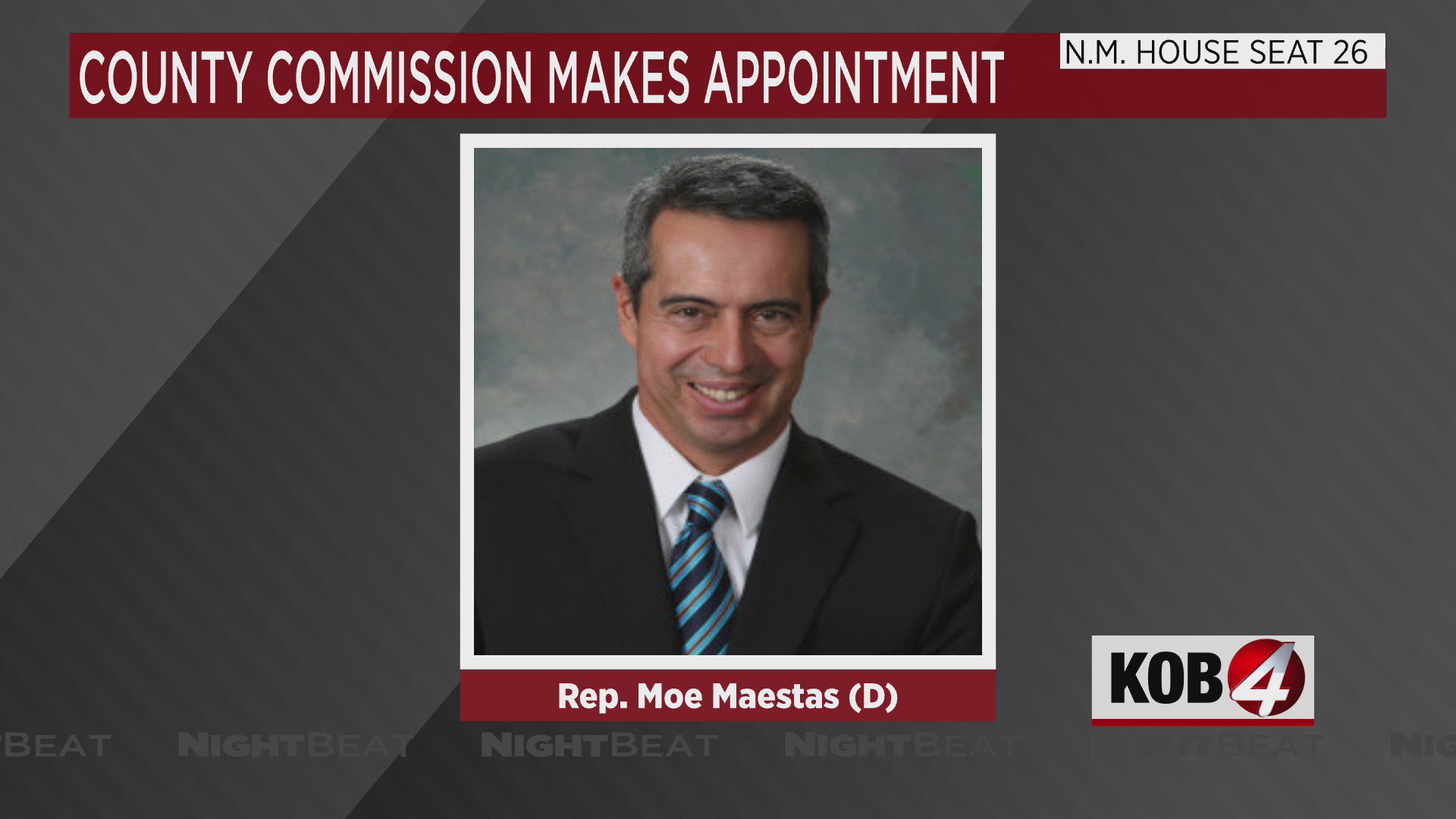 In Tuesday night’s meeting, commissioners passed two new resolutions to try and move past some of the recent drama. Both of those resolutions stem from a heated meeting just three weeks ago.

Commissioners were discussing when to pick Candelaria’s state Senate replacement when it got heated and ended with some derogatory name-calling.

While many focused on the drama, the incident pushed one commissioner to address a long-standing oversight in Bernalillo County.

For years now, Bernalillo County commissioners have appointed new state lawmakers to the Roundhouse without a problem, but that era ended with Jacob Candelaria’s state Senate seat.

“I’m flabbergasted that this commission would in all the ways I’m trying to make this fair just push against us,” said Bernalillo County Commission Chair Adriann Barboa.

During a meeting in late October, commissioner Charlene Pyskoty attempted to speed up the process — suggesting the commission pick a candidate in less than a week after first bringing it up.

“I’m really disappointed in commissioner Pyskoty doing something like this,” said O’Malley.

She went on to call Pyskoty a derogatory word twice, after the meeting – igniting calls for O’Malley to step down. But the commission still needed to pick a candidate.

“We can not have a district unrepresented, even for a day,” said Quezada.

That’s why Quezada put forth a resolution Tuesday night, outlining a timeline for the replacement process once and for all.

“This kind of takes out politics from us being able to appoint and that we actually have a policy in place,” Quezada said.

According to the new resolution, commissioners will only have three weeks to make an appointment. In that time, commissioners must also set a date for a special meeting to make that decision, and any extensions will need a majority vote.

“This what it does is make it a fair, equitable process for everybody. So nobody can use this as a way to either manipulate, or misguide how we move forward as a commission to do our duty,” said Quezada.

There was an attempt to delay the start date of this new timeline to Jan. 1 but that motion failed. But, getting all of that squared away was just part of Tuesday’s meeting.

Pyskoty made sure that tension from the previous meeting was addressed. She put forth a different resolution aimed at reminding commissioners about the ethical conduct of public officers, specifically targeting O’Malley’s derogatory comments.

“I think we’ve all looked at the state of our politics and just been– just shocked and saddened at how civil discourse has just gone so downhill, and so I am putting forward this resolution because I have to stand up for what I feel is right and proper behavior,” said Pyskoty.

The commission narrowly passed the largely symbolic resolution. O’Malley abstained from the vote.

However, O’Malley aired her own conduct concerns with Pyskoty later in the meeting. She brought up a potential conflict of interest between the commissioner and Maestas, whose wife reportedly made political contributions to Pyskoty’s campaign.

O’Malley asked Pyskoty to recuse herself from the vote.

“We are making an appointment in lieu of an election because the people of Senate District 26 don’t get to exercise their right to vote. That process should be completely fair, if a commissioner has a potential conflict, she shouldn’t be allowed to vote,” said O’Malley.

Pyskoty says there is no conflict of interest and did not recuse herself.

O’Malley later revealed an ethics violation on this was filed against Pyskoty last week, and a preliminary hearing is set for early December.

That’s not the only information O’Malley revealed Tuesday night. She said she has evidence Jacob Candelaria and Moe Maestas worked together to make sure he was chosen for the Senate seat.