ALBUQUERQUE, N.M. — More than a year and a half after protesting at the U.S. Capitol on Jan. 6 Couy Griffin is not giving in.

A Santa Fe judge recently removed Griffin from his post with the Otero County commission. Now, he’s asking the state Supreme Court to weigh in.

The Cowboys for Trump founder and now former Otero County commissioner filed his notice of appeal on Tuesday. This after failing to convince a Santa Fe judge he should not be removed from office for his involvement in the Jan. 6 uprising at the U.S. Capitol.

Griffin: “As God is my witness, I did not know that I had done anything illegal on that day.  I thought that we still had a right in this country to peacefully protest.”

Griffin was convicted in federal court of illegally entering U.S. Capitol grounds with much of it documented by Griffin himself. 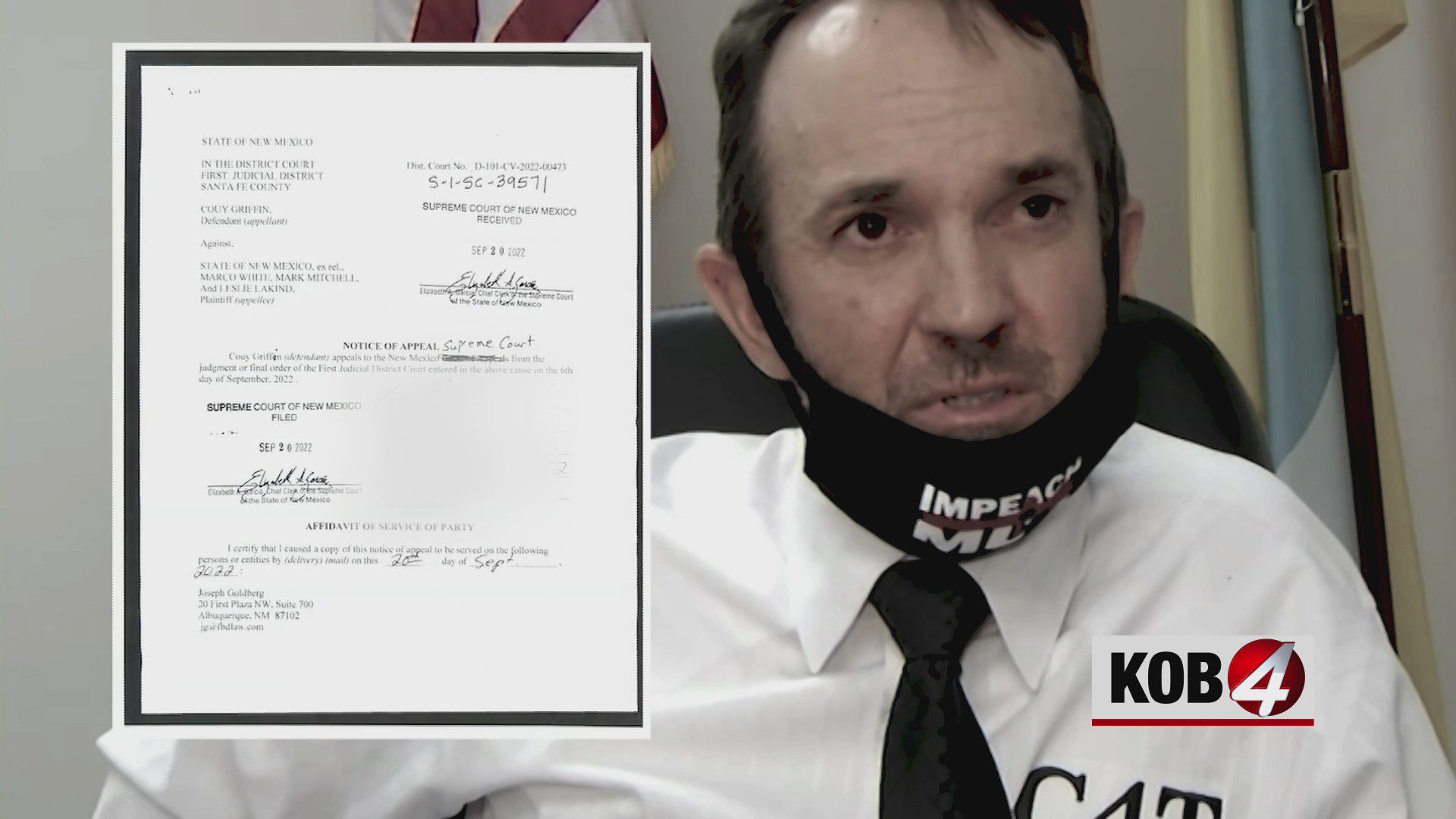 Griffin: “This is an America that’s had enough right here and like this gentleman said we’re not going anywhere.”

During that bench trial, Griffin admitted he was not prepared.

Griffin: “I probably first would like to start out by saying I’m not prepared as I should be today, and I believe the reason for that is because I had too much confidence in the law being followed.”

Griffin is now asking the state Supreme Court to take up his appeal.