Even though he was critically wounded, one of the victims was able to call 911 in a heroic act following the crash south of Las Vegas, New Mexico.

“How many personnel are in this aircraft?”

“He did state that there was four on board, including himself.”

Back and forth radio communications between dispatchers and first responders show dispatchers trying to direct police and paramedics to the crash site. 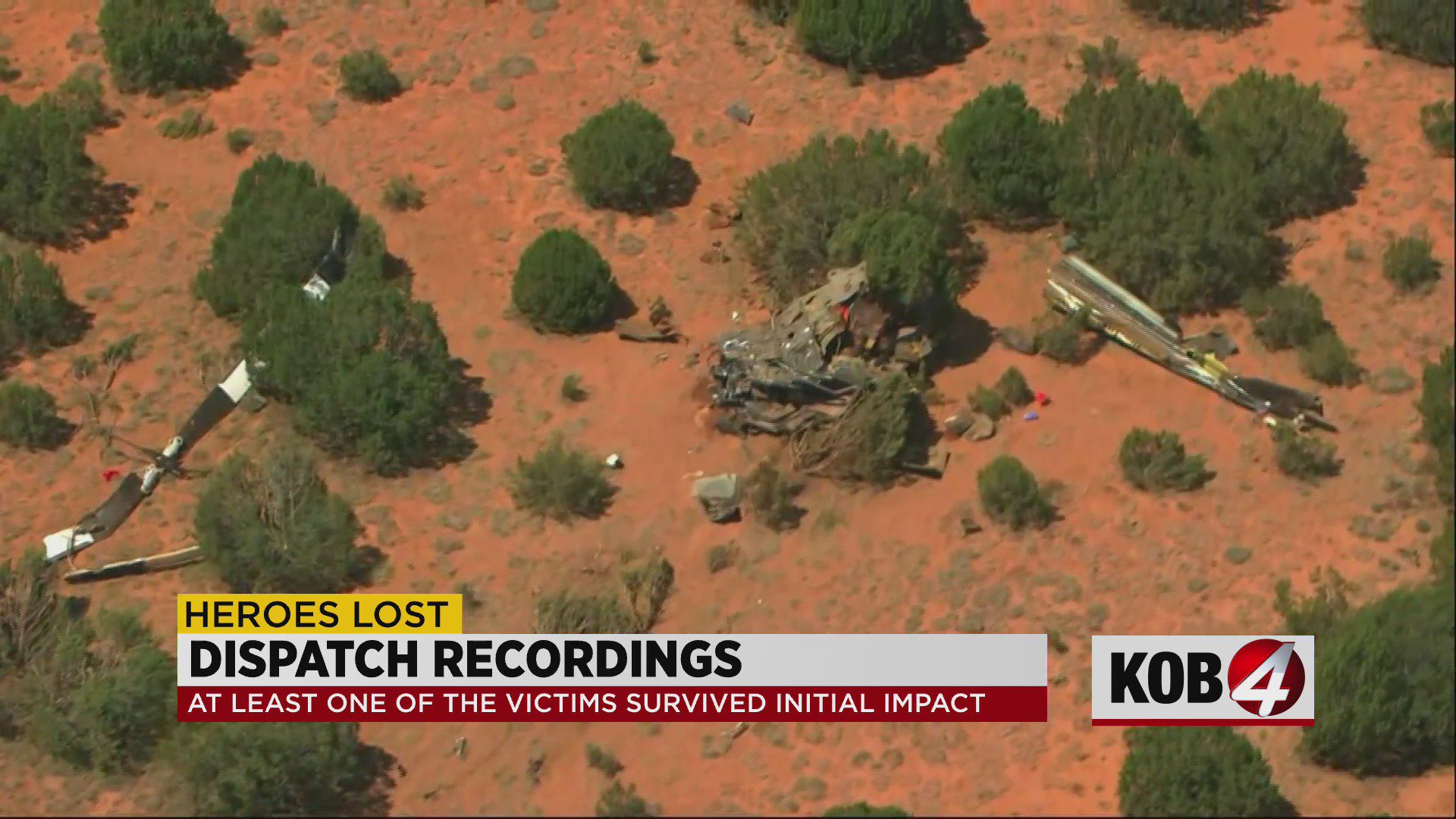 “We have his cell phone pinging, approximately four miles down that county road.”

Dispatchers were on the phone with one of the crash victims who called via a cell phone. It is not clear from the recordings who the caller was.

Someone asked the dispatcher if the caller was reporting any smoke or fire coming from the helicopter.

Dispatchers were able to use the cell phone’s location to direct first responders on the ground searching for the crash site.

Over the radio, a dispatcher said the caller was in pain and disoriented.

“The male subject is not responding to dispatch’s questions anymore.”

Eventually, first responders were able to find the crash site. But tragically – there were no survivors.

“Be advised that one of our units has located the down aircraft. They are requesting medical assistance ASAP.”

During Monday’s news conference, officials said two New Mexico State Police officers were the first to arrive to the crash scene and start providing medical assistance to the victims.