ALBUQUERQUE, N.M. – Many are remembering a 21-year-old college student who was killed in a deadly crash Wednesday night.

Police blame a drunk driver who was speeding and ran a red light.

The family says it’s not about the alleged drunk driver that stole a beloved young man’s life, it’s about Victor Gabriel Sandoval. They say his death should have never happened in the first place, and they are demanding change.

“I want my son’s name to be out there so people can understand what he ripped from us. I mean he took a great person, you know we lose him for life and he gets to walk away, with a scratch on his leg, it’s not fair,” said Christian Sanchez, Sandoval’s mother. 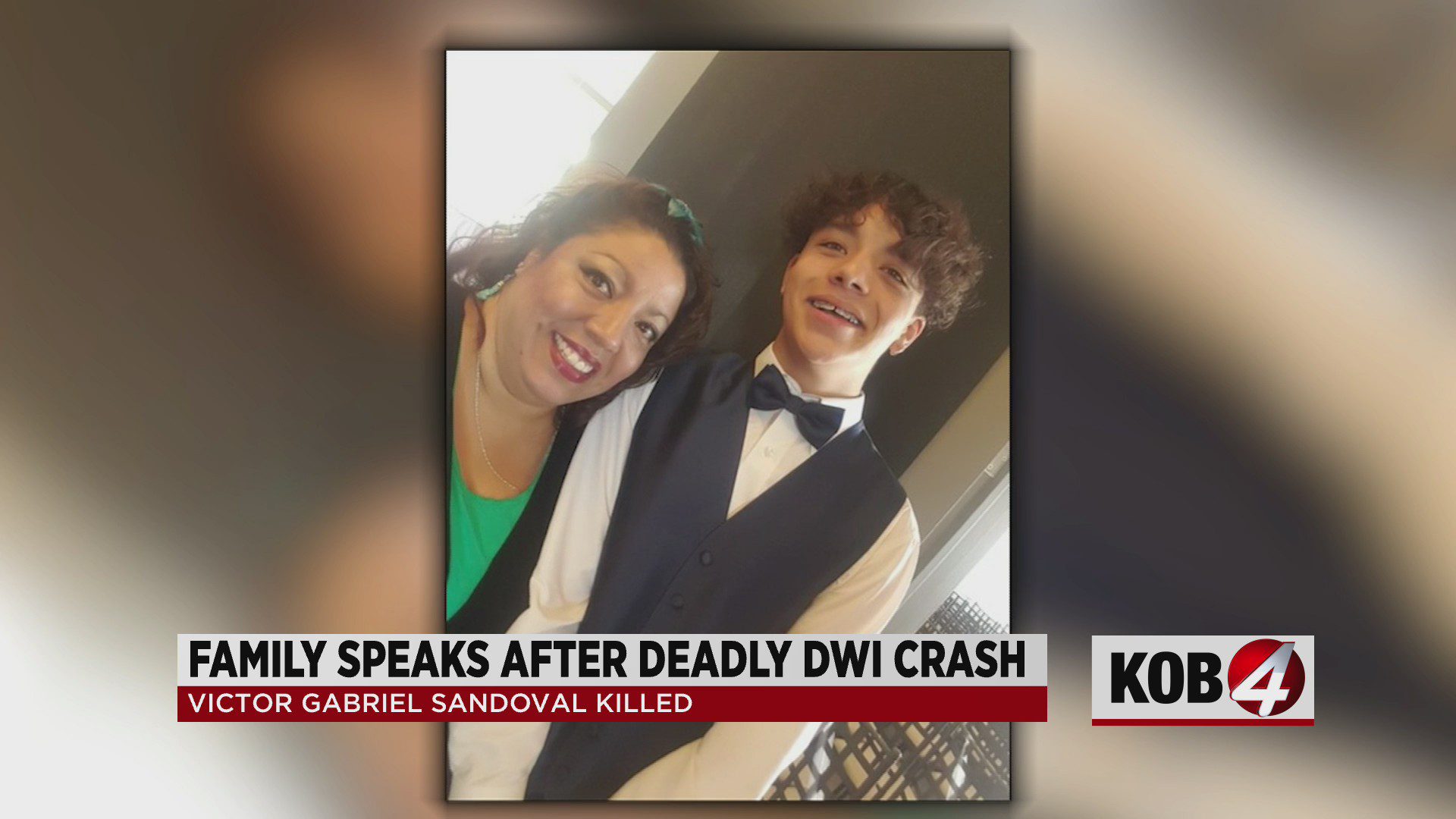 “He was going to see his girlfriend, she lives like a minute, two blocks, he would have been there and it took that second for it to happen,” said Victor Sandoval, father to Victor Gabriel Sandoval.

“He was into street photography, people, and he loved shooting people who weren’t really aware of it. Just seeing their emotion and their happiness without them knowing they were being viewed, I think that brought him a lot of joy,” said Sanchez.

And joy is what Sandoval brought his father.

“My son was fun, he joked a lot, and he always picked on me because of the way I was. I know one thing, he was really proud of me which made me feel really good as a dad, and I will never forget that about my son. It’s all good things, it’s never- it’s nothing bad about my son and I,” said Victor Sandoval.

He wasn’t only a son, a boyfriend, and a loyal friend, but he was also an older brother.

“He had a lot of advice for me when I was sad he always texted me just seeing how I was doing or he would tell me like, ‘you don’t have to be in that place, happiness just comes to you,’” said Brendon Sandoval, brother to Victor Gabriel Sandoval.

They hope that no other families will ever have to feel the pain that this has caused them.

“I want the judicial system to do their job, I want him to pay for what he has done because we are not the only family he has affected. The last family I understand the person was injured, lived and my son didn’t,” said Brendon.

Police say the driver was 23-year-old Matthew Shetima-Joe. In court Saturday, he was told that he’ll have a hearing in 10 days to determine whether he’s released.

According to a criminal complaint, witnesses say they watched the vehicle run a red light before crashing into another car at Osuna and Wyoming.

Police say Shetima-Joe was drunk and going close to 40 mph over the speed limit.

Court records show he has a lengthy criminal history, including a hit-and-run in 2019.