GALLUP, N.M. – For months, the Rehoboth McKinley Christian Hospital in Gallup has been suffering from a laundry list of problems.

Just a couple of months ago, the diagnosis was only days to stay open. And while it’s managed to keep running for now – time is running out again.

At a hospital board meeting Wednesday, KOB 4 learned the reason the hospital stayed open was because it took out a loan from a local bank, with help from the county. But money is running out.

The hospital is now believed to have only two weeks of cash on hand and the loan has to be paid back, with the hospital struggling to generate revenue.

“Patient revenue is down 13 point 6 million from budget.” 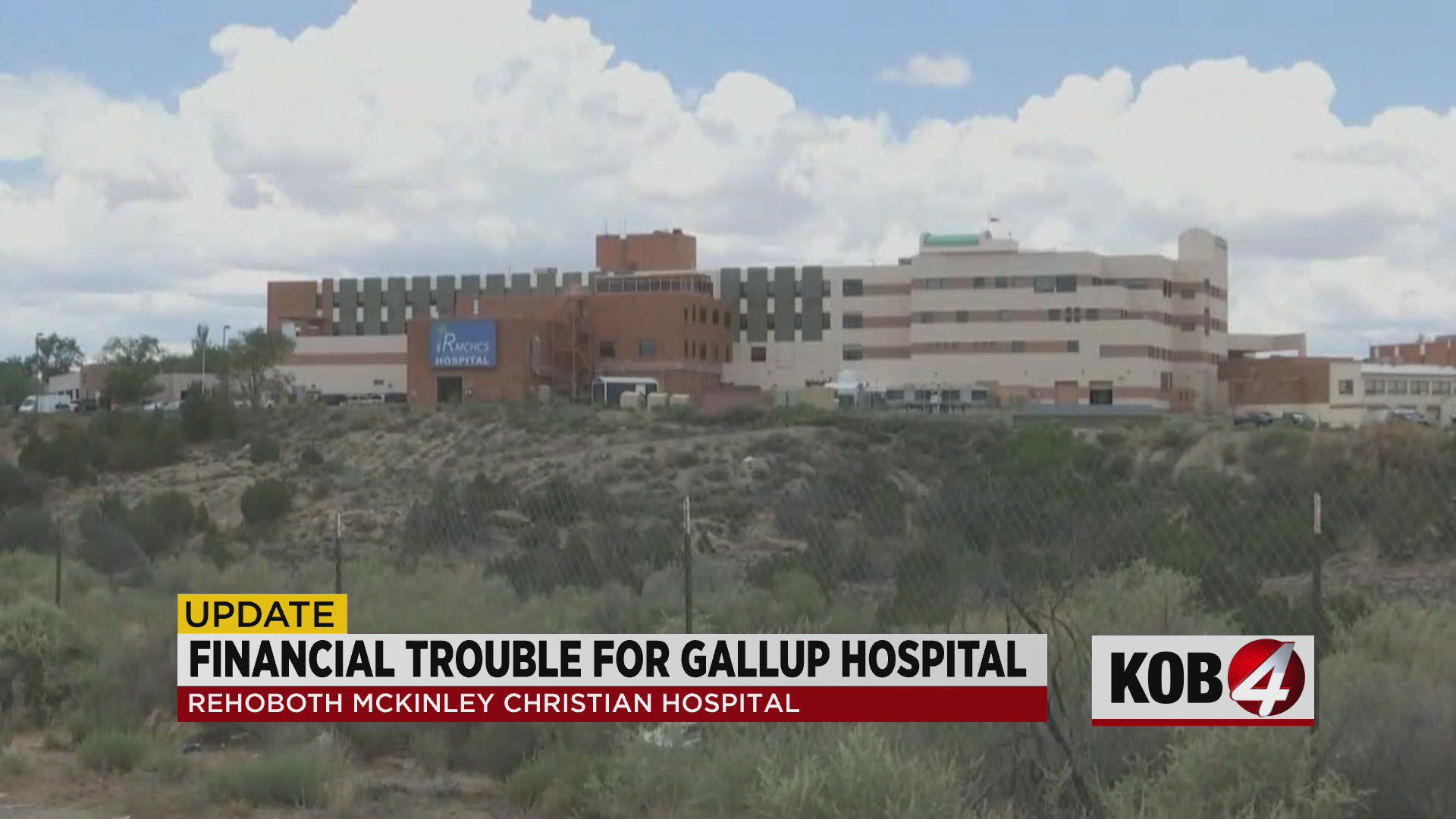 But if the hospital closes,  it would be a devastating blow to the community – with the next nearest hospital an hour away in Grants.

Citizens, patients, and even hospital staff were upset with how it got to this situation, their biggest concern is with hospital management. They claim CHC – the outside organization overseeing hospital operations – does not have the public’s best interest in mind and things have only gotten worse since they’ve taken over.

Community members stood at the intersection of Boardman and College Drive, just down the street from RMCH. Many were members of the Community Health Action Group also known as CHAG.

They say they formed the organization out of necessity, to create a platform for RMCH patients, current and former employees.

“We realized several months ago that many of the staff were feeling unheard and feeling like they were experiencing a lot of retaliation at work, and we noticed too, that a lot of them were starting to leave,” said Dr. Constance Liu, local physician. “We realized very quickly the reason why many of these staff were leaving was because of hostile management and because they felt like they weren’t being heard on safety issues.”

For example, issues with the hospital’s heating and cooling system, which reportedly has caused unsafe conditions for patients and employees. Some areas of the hospital reached 93 degrees.

CHAG says this has been an issue for months and they’re frustrated with how long it’s taken the hospital to lay out of plan of action to fix it.

Hospital leaders admitted they only have days of cash left on hand, just $6 million, and $1 million of that comes from a line of credit with a local bank that the hospital claims to be using as a safety net.

Only after someone pointed that out during the public portion of Wednesday’s board meeting, did the hospital leaders admit they actually only $5 million on hand.

Demonstrators KOB 4 spoke with say there are so many other questions that are going unanswered here, and even though the hospital board laid out current finances, they did not lay out a clear plan to get RMCH back into a safe zone.

“What I wanted to hear from the hospital, have been wanting to hear from the hospital is an acknowledgement of how bad that is, and we really want details of a specific plan of how we can get out of that,” said Liu. “Honestly, to save a hospital that’s this distressed, we need everybody to pull together, we need the community to be on board, we need staff to be able to speak up freely about issues that they see, and it’s very clear that that’s not happening.”

In the past the hospital has said organizations like CHAG – who are speaking out against management – are trying to divide the community. But on Wednesday, we’ve heard a lot from both sides,  everyone says they want this hospital to survive, and the only way to do that is to pull together.

We are still waiting for responses from RMCH to the questions we asked during today’s meeting. A representative says it could take days to hear back.