He was one of the four first responders who died in a helicopter crash in northern New Mexico.

The helicopter went down on their way back to Albuquerque after they were assisting with the East Mesa Fire near Las Vegas.

The people who knew Beers best say there’s no shortage of stories showing just how kind and thoughtful he was. But it was his dedication to his family, friends, and fellow first responders that they believe should be remembered. 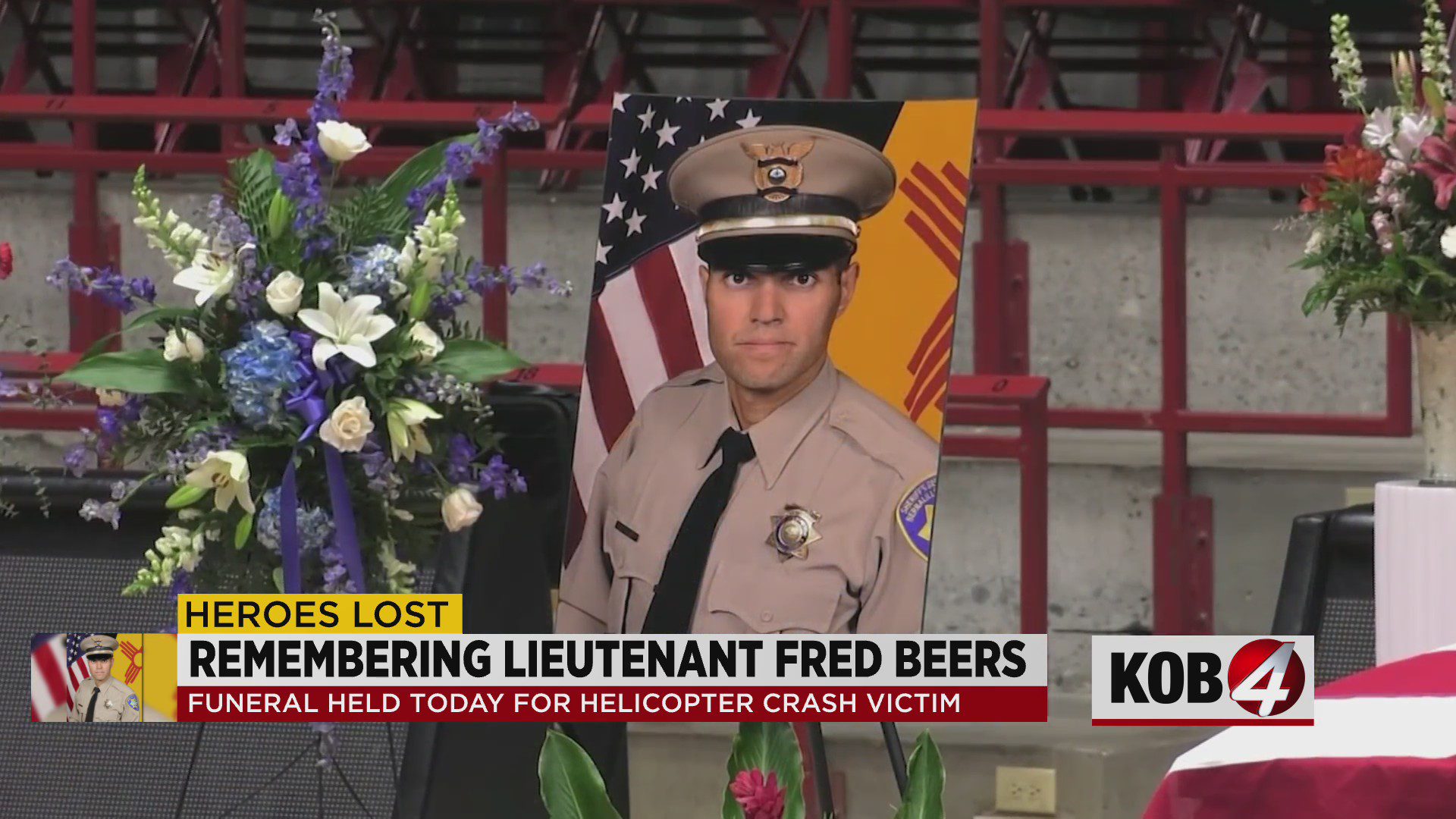 “What a goofball. He had the most ridiculous sense of humor,” said Anita Beers, Fred Beer’s wife.

Who also loved a good cup of coffee or a few.

“Every morning, Fred got up, went to work, and then put on a big pot of coffee. And then he drank the whole thing up I said, so that’s the reason he spoke fast. It’s not because he was nervous, it was because he had so much caffeine in his body,” said BCSO Manny Gonzales.

But it was his dedication to others that they say should be remembered.

“Whenever you called, he came, whatever dark thing threatened you. He would stand between it and you,” said Los Angeles County Fire Department Cpt. Jason Nuesca.

Especially his commitment to every fallen first responder.

“He believed in the importance of recognizing the ultimate sacrifice,” said Aninta. “Fred would make sure that American flags were always pressed and ready for the fallen, taking them to the dry cleaner on his own time and his own dime. Even sometimes ordering and purchasing a flag in order to ensure that one would always be ready.”

She says the flag on top of his coffin was the last one he made ready.

Governor Michelle Lujan Grisham is making sure that dedication will never go unnoticed.

During the service, she announced the creation of the “Lieutenant Fred Beers Honor Guard Memorial Fund.”

She says it will help public safety departments across the state obtain ceremonial attire, flags, and other equipment to properly honor fallen first responders.

But Gonzales is honoring the fallen lieutenant with something more personal.

“He coached his son in AAU, but he also coached my younger son,” said Gonzales.

And he plans on returning that favor.

“She asked me just yesterday, she goes,’ will you take the time to teach my son how to drive?’ And I said, Absolutely,” Gonzales said.

An act of kindness, for the man who spread joy to so many.

“We must not avoid the things that remind us of our friend, instead we should allow him to inhabit what we do, and let that give us a smile,” said BCSO Lt. Russel Broyels.

After the ceremony, a massive procession of first responders transported Beers’ body to a Rio Rancho cemetery where he was laid to rest.

Click this link or the video below to view the full funeral services.