Here is a look at the governor’s legislative agenda:

STATE OF THE STATE

View the address in the video above or click here to watch the stream, if you’re in app.

“What was missing from the Governor’s speech was any mention of the real issues New Mexicans are facing; she failed to mention just how far behind our students are, the record-breaking homicides in Albuquerque, doctors fleeing our state, how her priority eco-legislation will harm our farmers and ranchers, and sadly no mention of the oil and gas revenues or workers that are funding this progressive spending spree. Most New Mexicans do not live in the utopia that Lujan Grisham described, and Republicans are committed to working to provide meaningful relief and support to New Mexicans. House Republicans are committed to working across the aisle to make sure that the realities that our communities are facing are not forgotten as they were in today’s speech.” – House Minority Leader Ryan Lane

View the GOP rebuttal in the video above or click here to watch the stream, if you’re in app. 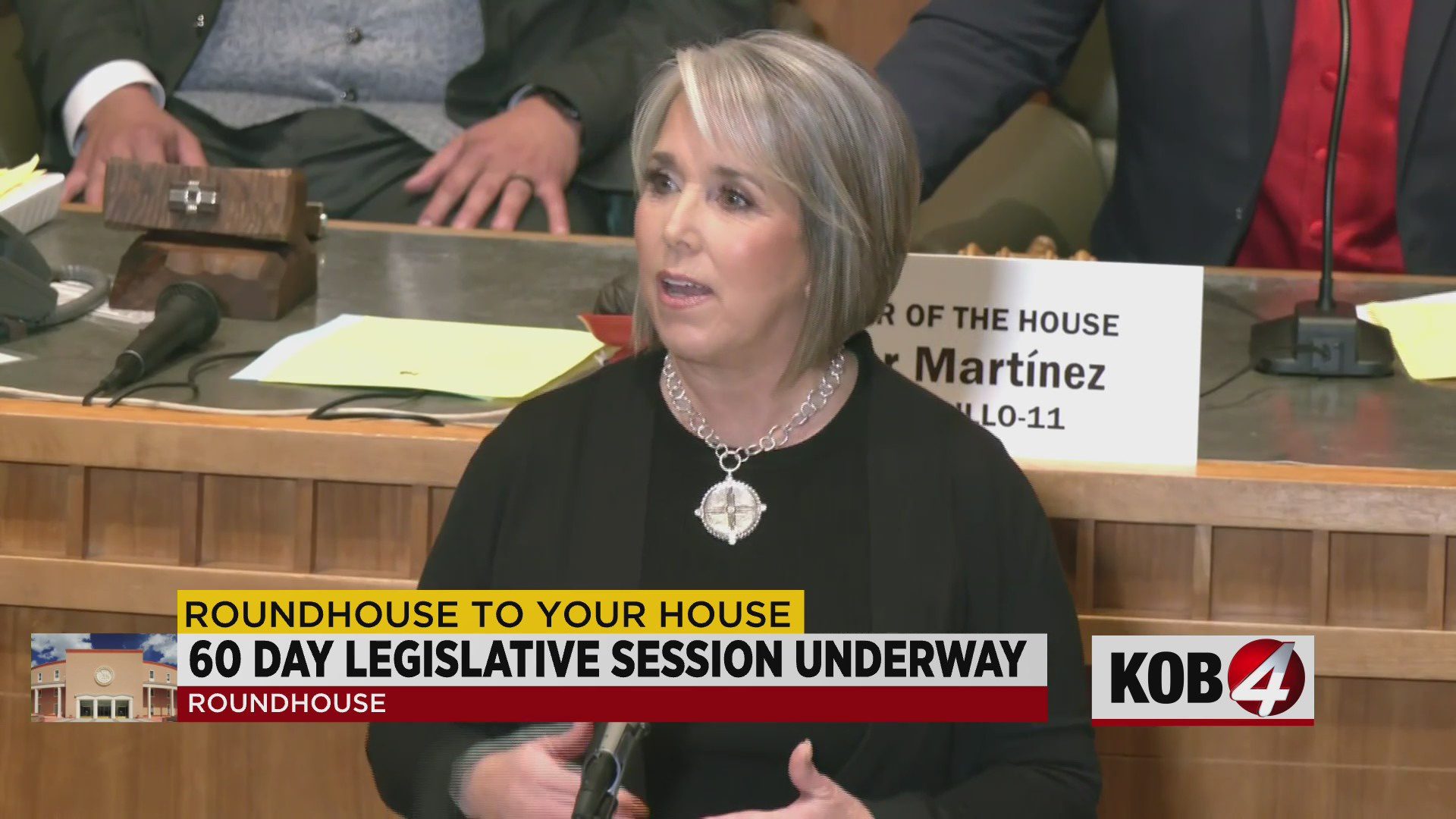 Security at the legislative session is always a top priority, but there’s been a heightened sense of caution this year because of a string of shootings targeting metro-area Democratic lawmakers.

Former Republican candidate Solomon Peña was arrested Monday for allegedly organizing the shootings. The state’s Republican Party and House Republicans sent out a statement Monday night saying they condemned all kinds of violence – and Peña should be held accountable if proven guilty in court.

Everyone, no matter their party, stood up and applauded the law enforcement that made that arrest when the governor brought up the investigation in her speech.