ALBUQUERQUE, N.M. – A lot of people were happy that some national forests reopened in New Mexico Saturday. Forest officials said they are glad that the fire threat has dropped – at least a little – after all the rain.

Everyone KOB 4 spoke to at the La Luz trail said they were excited to hit the trails again.

“It’s a really nice surprise that we had enough rain that we could’ve reopened the Sandia trails,” said David Rosenberg, hiker.

La Luz trail and several other national forests had been closed since mid-May due to fire concerns. The heavy monsoon rains the state received led to forest officials easing some restrictions.

Avid hikers like Judy Gallaway rejoiced over the news. 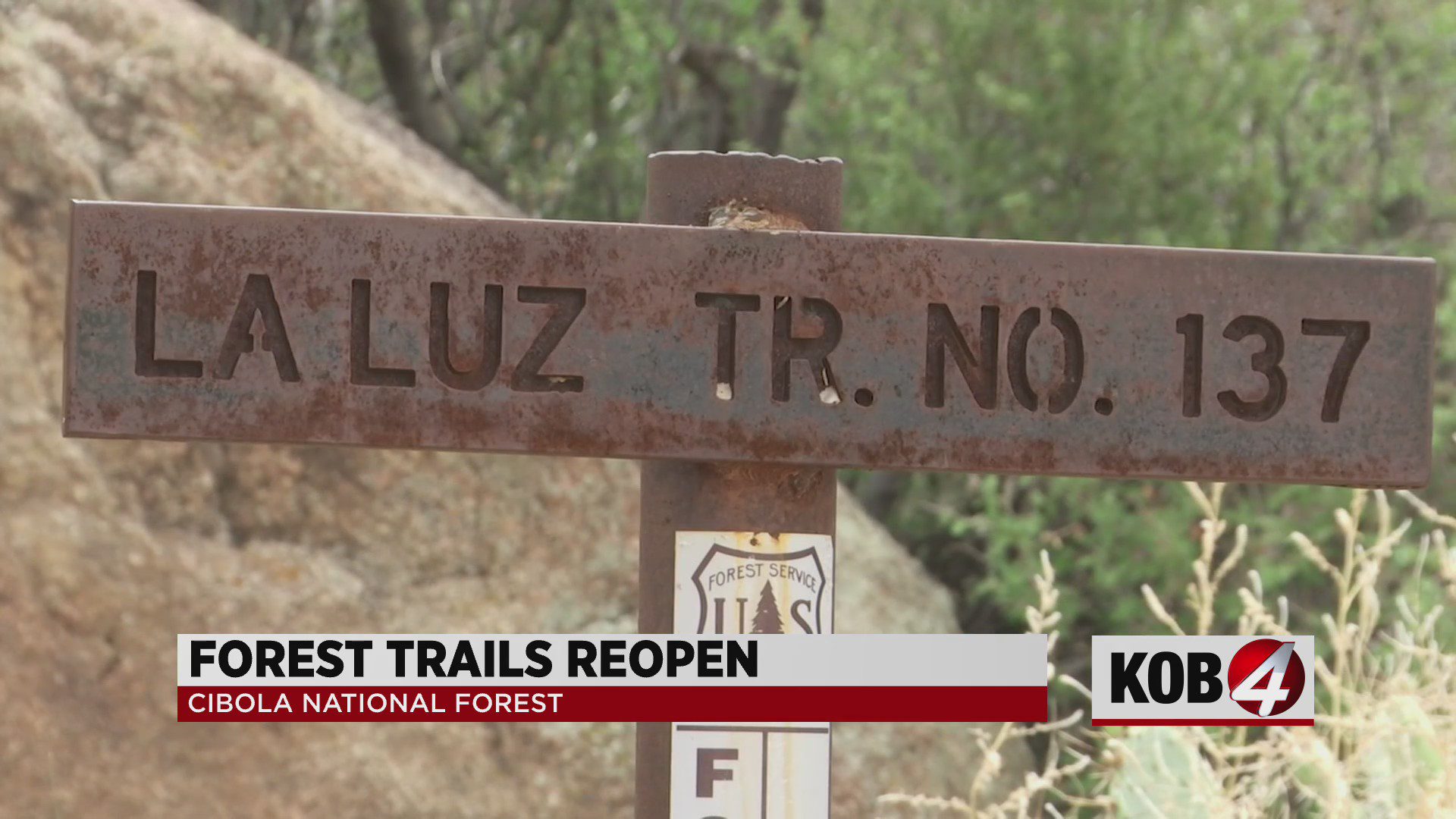 “It was great when I saw the news Thursday and saw that things were opening Friday. I kind of jumped up and down a bit because I’m training for a thing in Colorado, it’s a big trail thing, and so I often come out here,” said Gallaway.

And out-of-towners were already flocking back.

“I’m visiting from out of town and I planned this trip a long time ago, so I feel very lucky that we’re able to be out here,” said Rosenberg.

Rosenberg makes the trip all the way from Santa Cruz, California just to hike the La Luz trail.

Locals were just glad to have their regular hiking spot back.

“I was so excited because I have been getting really out of shape, this is my main form of exercise, so I was very happy,” said Shirley Field, hiker.

But after months away, hikers say the world-famous trail didn’t disappoint.

“You don’t have to hike that far up to get these amazing views of the Rio Grande Valley, so I’d say it’s definitely top of the to-do list for visitors who like to hike,” Rosenberg said.

The forest service wants to remind people to use extreme caution when hiking or camping. Fire concerns are still high, as well as flash flooding concerns.