LAS VEGAS, N.M. – There is even more anger after a new federal report revealed the multiple errors that led to the Calf Canyon/Hermits Peak Fire.

It shows the U.S. Forest Service reused a plan from 2019 to prepare for the now disastrous prescribed burn in April that caused the Hermits Peak Fire.

Investigators say crews did not update that plan to account for drought. They also claim there wasn’t enough manpower to stop the fire if it got out of control – and no plans to bring water on site.

Now the Las Vegas community is dealing with the consequences of the failed burn. Many of the people living in the area have a history that goes back long before the Forest Service.

While the intention of the report was clearly to identify what went wrong and to make sure it doesn’t happen again. The damage, mistrust, and anger are palpable in town. 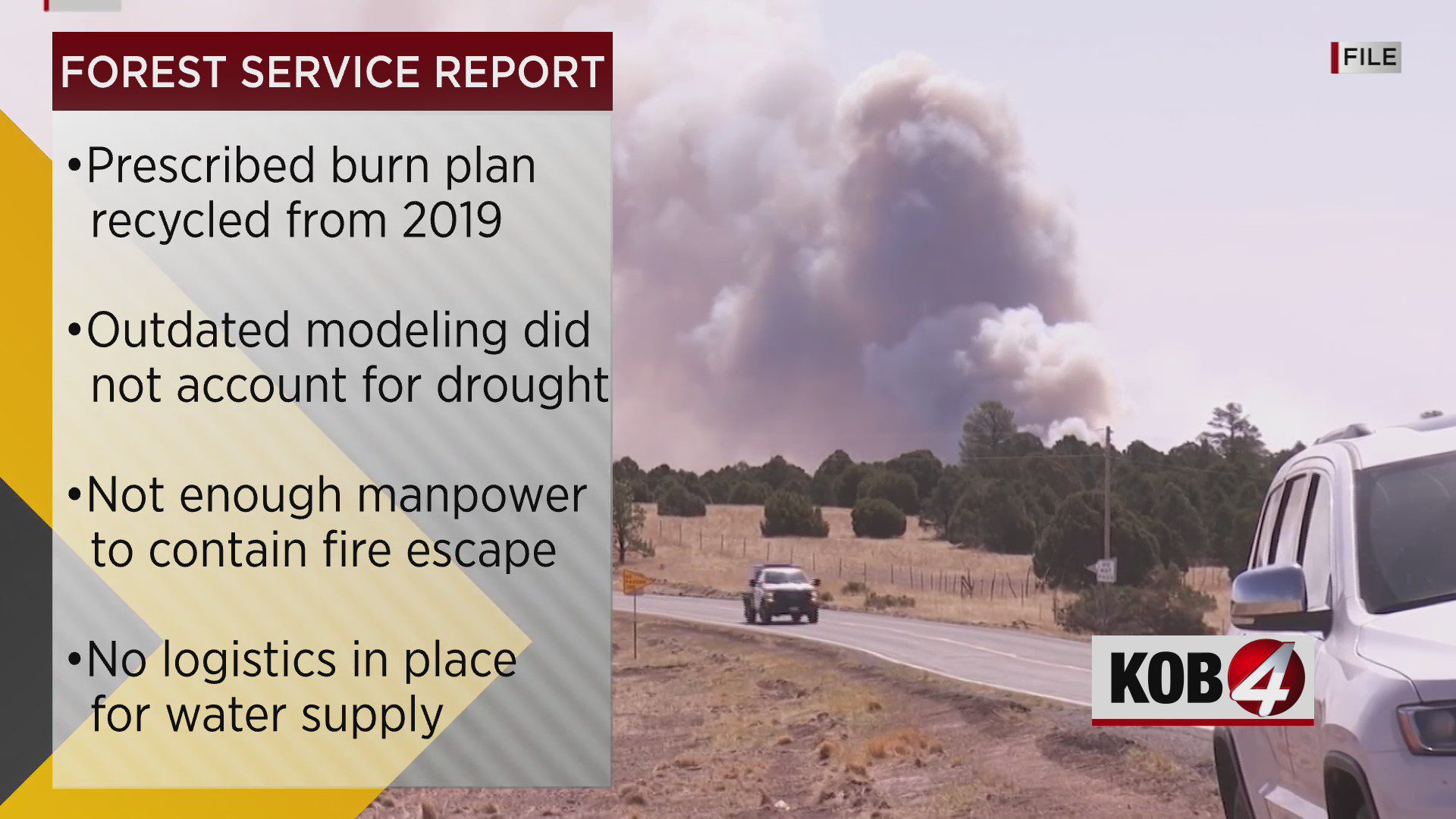 “The day of the fire – when it started – there were about 10 ranchers that were saying ‘don’t do it, what are you doing, hey don’t do that,’ and they made them get out of the way – and they started the fire,” said Walter Atencio, volunteer firefighter.

Climate change was also listed as a contributor in the report.

“Absolutely, I think climate change is real. Anybody who doubts it is simply crazy. We see the changes in the amount of water that flows down the Gallinas River. Every year it decreases, every summer there’s less and less water we can depend on,” said Mayor of Las Vegas Louie Trujillo.

Most people say they see less snow in the winter, less water in the Gallinas river, and that deeper droughts are becoming more common. But people feel differently about how much climate change contributed to this human-caused disaster.

“Climate change?! How about bullsh** on that. You got to be kidding me, man. You’re going to blame it on climate change, really? That’s the biggest political thing there is out there. Climate change. For you to say that, means you’re full of s***,” said Atencio.