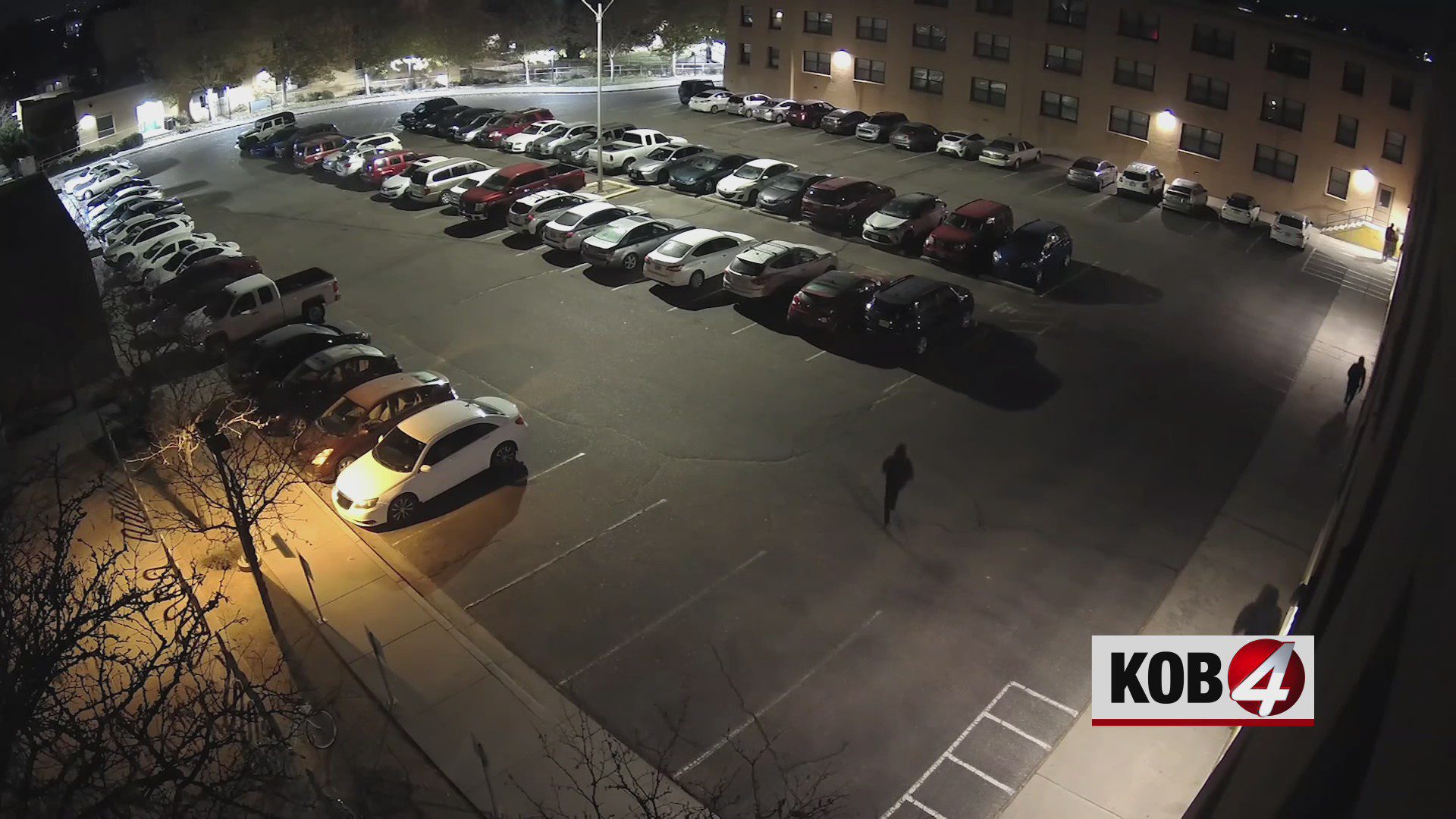 The video shows Peake around 3 a.m. walking with Mya Hill – a female UNM student. Moments later, three others run toward them, and one is holding a bat. Brandon Travis has a gun.

Soon after Peake can be seen running while Travis follows and bullets fly. Travis is shot and killed, Peake is injured and hops away — all of this played out in less than two minutes. Those 120 seconds are at the center of a tragedy that has already changed the state, but more consequences could be coming.

The video shows Peake clearly walked into a trap around 3 a.m., the morning before he was supposed to play at The Pit against the Lobos.

But, will anyone else face charges here?

The video shows Peake in the red hoodie, next to Hill, also known as “Honey.” Police interviews reveal they were meeting to have sex, and Peake was unaware that he was walking into a trap.

When Peake and Honey get to the door behind Coronado Hall, three men quickly jog toward Peake. The first to get there is Brannon Travis who pushes Peake and points a gun in his face.

The second runs up to Peake with a bat and hits him in the leg twice. Peake hobbles away and Travis – with the gun – runs after him.

“The law in this state is you have a right to defend yourself with the same means that you observed,” said Assed.

However, what happens next complicates the legal picture.

After the shootout, Travis lays lifeless while Peake recovers a tablet he dropped and hobbles away. Another angle shows him hopping toward the learning center.

Peake takes a seat and soon after a yellow Camaro pulls up, with three of Peake’s teammates inside and an unidentified driver.

Later that same day, evidence from this scene on UNM’s campus is recovered all across the state.

“It’s all going to be driven by what the intentions were with regards to possessing those items,” Assed said.

Starting with Peake’s tablet. State police had to pull over the team bus to find it after the bus hastily left town. Then Peake’s gun is recovered at the team hotel from an assistant coach. Hhis cell phone made it all the way to Las Cruces at an NMSU administrator’s house.

Assad points out it is your right to be uncooperative with police investigations. However, if anyone was intending to hide, cover up, or mislead the investigation – that is where others could potentially find themselves facing criminal charges.

Peake isn’t the only one who could be in trouble here. The three players in the yellow Camero have all been suspended for Wednesday’s game.