ALBUQUERQUE, N.M. – On Tuesday, police released dozens of documents and videos concerning the UNM shooting investigation, including campus surveillance video showing how it all went down.

The video shows two people walking, one is former New Mexico State basketball player Mike Peake and the other is a 17-year-old girl who attends UNM.

Three people dressed in all black can be seen running behind them, one with a baseball bat. Police say they are 19-year-old Brandon Travis, 19-year-old Jonathan Smith and another UNM student.

Moments later, Peake and Travis run back in the frame, and guns are pulled. Travis was shot and killed, Peake was shot in the leg.

Now, we are seeing the first interviews after the shooting with the New Mexico State coaches, including NMSU Head Coach Greg Heiar. He doesn’t know much when he talks to state police. 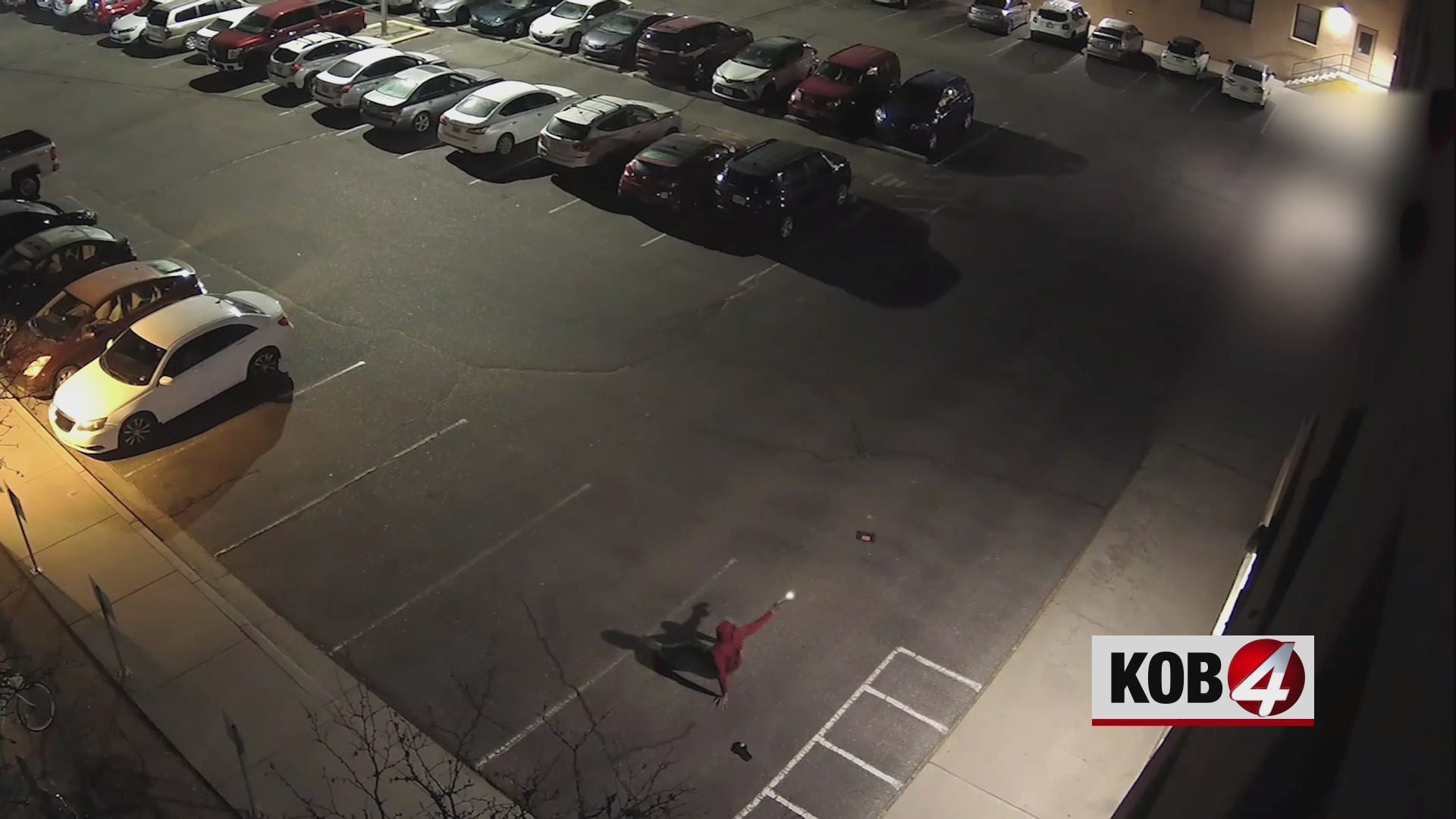 He told them he only knew Peake for a few months.

“I don’t think they even know. We were supposed to meet at 10:30 but yeah, I’m just shaking, I’m sick to my stomach, this is so terrible and disappointing. He had a Tinder date? The f*** he doing on a Tinder date?” he said the video.

The detective asked Heiar if any players drove a yellow Chevy Camaro – he didn’t know. That’s relevant because surveillance video shows Peake going to a yellow Camaro on campus after he’s shot, and people in the vehicle help him put stuff in the trunk.

Later, police learned the three men in that car were fellow Aggie basketball players Issa Muhammad, Marcelus Avery, and Anthony Roy. That’s when the detective asked Heiar if he could interview those players, but Heiar said they had to talk to their attorneys first.