ALBUQUERQUE, N.M. – Albuquerque business owners say they are tired of living in fear because of rising crime. That includes the owner of Rude Boy Cookies.

Mike Silva voiced his frustration during the Attorney General’s press conference on retail crime Wednesday morning. His business was robbed recently, and while he was preparing to share what happened to his employees during the afternoon of Aug. 4, he said he was completely caught off guard to learn about the homicide at Giovanni’s.

“I was not aware of the Giovanni’s news until just now, and like many of you, like the mayor said, that was a comfort place for my family,” he said. “I went to Wilson Middle School, which is right next door to Giovanni’s, and as a middle school kid with not a lot of money, scrounging up $1.50 to get a slice of pizza—that Giovanni’s was a treat. I’m devastated. I was just sitting there, hearing that news and it just completely derailed any thought that I had in my head.”

Silva said bad news like this is a common occurrence in Albuquerque right now. He recently had a similar experience.

“I own a business at 1916 Central Ave, SE,” he said. “During daylight, about a month ago, someone pulled up into my parking lot, backed in, walked into my shop, wielded a gun, and 40 seconds later left with my money.” 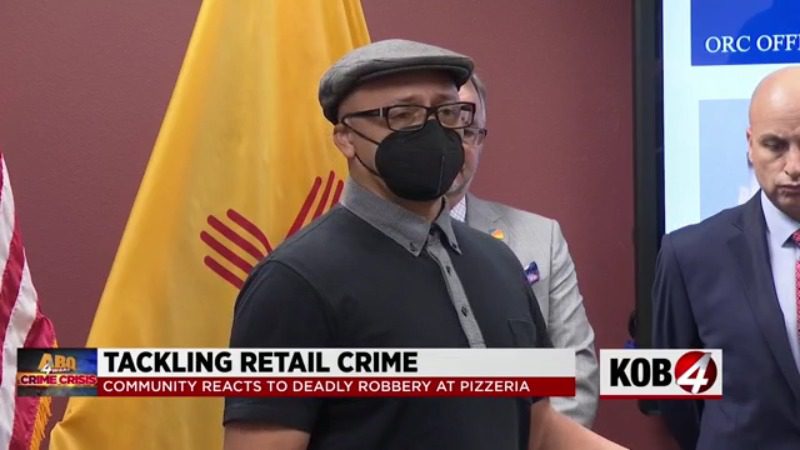 Silva said he is struggling to make ends meet because of additional security expenses, following the incident.

“All that comes on with trying to protect my staff, because as a business owner that employs 14 people in my space, the last thing I ever want to do is call a parent and relay the news of something as traumatic as what happened at Giovanni’s,” he said.

Silva went on to say nothing will change unless everyone in the community works together.

“If it can happen at Giovanni’s, a neighborhood pizza place that we’ve all probably stepped into, who’s to say it doesn’t happen to someone that you know, and you care about you love?” he said. “It’s not my problem, it’s our problem. Obviously, [law enforcement] can’t do it alone. They can create as many programs as they want. It doesn’t matter unless we engage, and we get others to engage. Nothing’s going to change.”