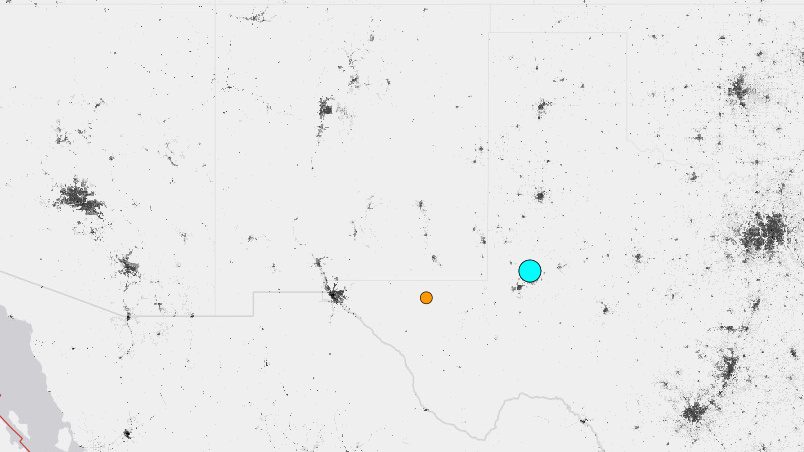 It was felt as far away as Roswell, Hobbs, and Ruidoso in New Mexico.