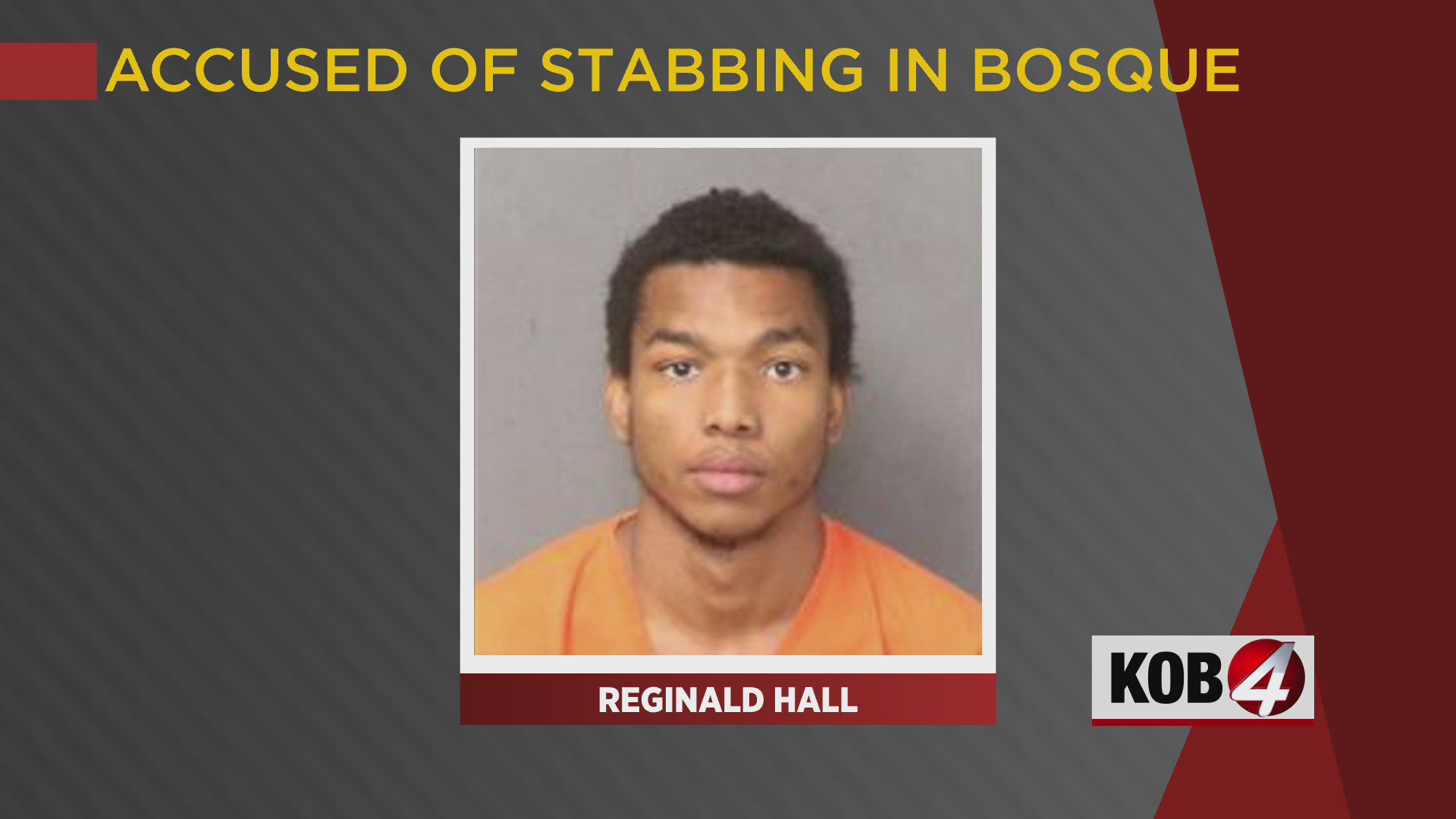 ALBUQUERQUE, N.M. – The Bernalillo County Sheriff’s Department say they arrested Reginald Hall, who is accused of stabbing a woman in the bosque and then lighting a fire.

APD arrested Hall after a short pursuit. He is charged with kidnapping, battery, sexual assault, and animal abuse.

The Bernalillo County Sheriff’s office says the first call reporting a stabbing in the bosque came in around 7:30 Friday morning.

Officials say Hall came up behind a woman walking her dog, kicked the dog, and then stabbed and sexually assaulted the woman. That’s when witnesses say they saw Hall dragging the woman into the canal.

The woman was brought to the hospital, reunited with her dog, and is now in stable condition.

On Saturday, KOB 4 reached out to Hall’s family and his grandmother told us she is more worried about the woman than her grandson.

“I’m just praying this lady is going to be alright, that is my main concern right now. Him right now no, just this lady,” she said.

The sheriff’s office says they believe Hall started a fire in the bosque before attacking the woman, but as of now, he is not facing any arson charges. This was the third time Hall was arrested this year.

Back in January, Hall was working at the Applebee’s in Los Lunas.  According to court documents, Hall was fired for damaging equipment and when his manager asked him to leave Hall picked up a rock and threw it through the back window of his manager’s car.

Police were called on Hall again earlier in August. His aunt called 911 telling dispatcher’s Hall broke a table then grabbed a gardening tool and started breaking the windows out of her car – he also punched out a window in the front of her house.

Hall’s grandmother didn’t want to go on camera but she said she is shocked by her grandsons recent behavior.

Hall was released from Valencia County jail last week but was ordered not to return to his aunt’s house.

A few days later he was arrested again this time in Albuquerque for the stabbing and sexual assault of a woman.