Officers Keith Brandon and Jonathan Sandoval were each charged with involuntary manslaughter after they were accused of the death of inmate Vicente Villela in 2019. They were each found not guilty Tuesday.

On the defendants side of the courtroom tears of relief.

“Of course we were relieved, but we also believed in that outcome strongly from the beginning of this case,” said the defense attorney. “They should have never have charged them quite frankly Johnathon Sandoval and Lieutenant Brandon were doing their jobs and the evidence reflected that and the jury saw that.” 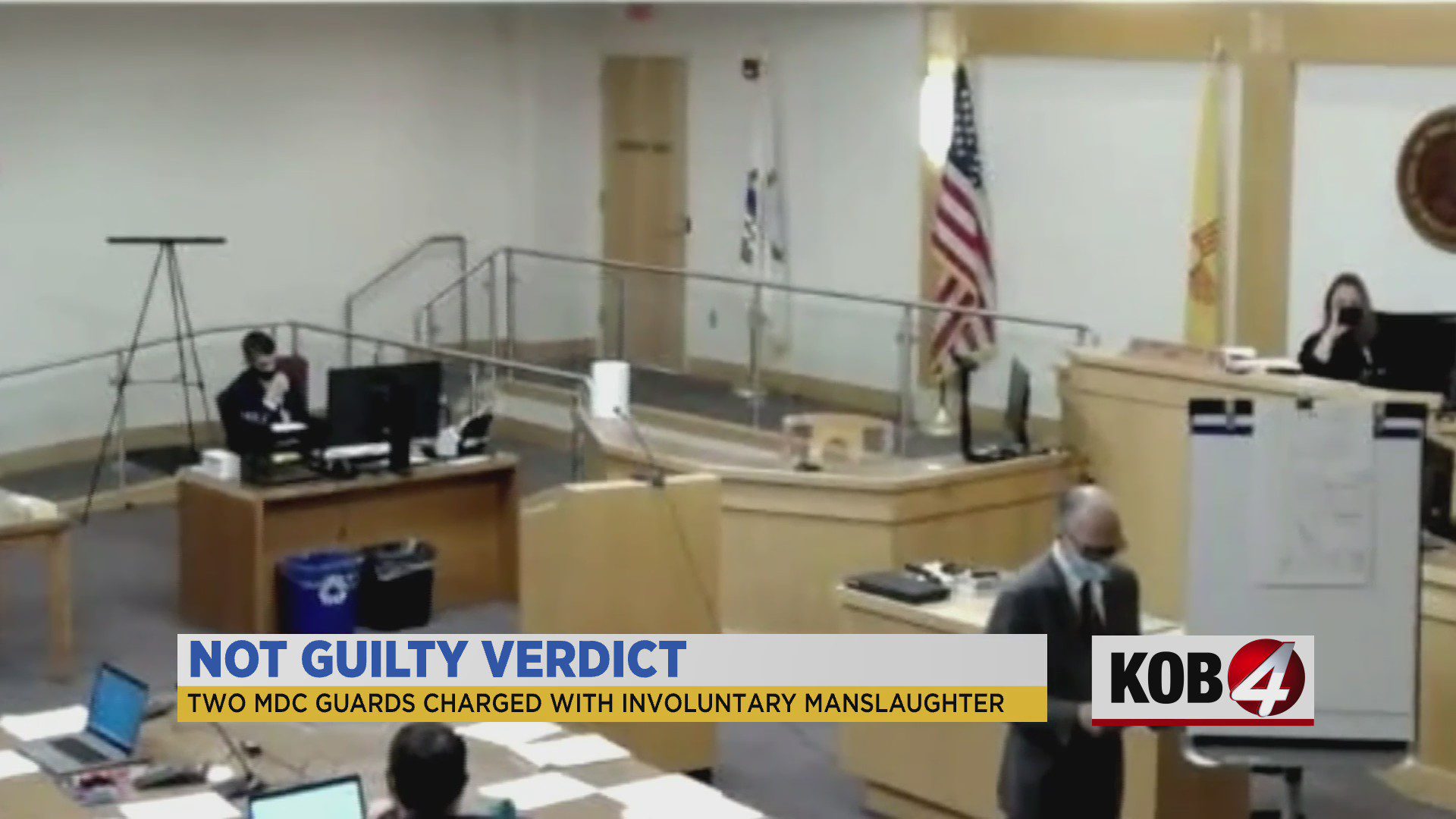 But Villelas family left the courtroom in tears for a different reason—none of them wanted to comment on the ruling.

But Attorney General Hector Balderas released the following statement after the verdict was read:

“Tragedies in our justice system are very difficult on all the impacted families, and while we are grateful to the jury and the Court for their service, it is important to give voice to victims like Vicente Villela.”

Sandoval and Brandon have been on administrative leave from MDC since the incident that took Villela’s life.

On Monday, KOB 4 reached out to the county and they confirmed if Sandoval and Brandon are found not guilty they will be able to stay on the job.