ALBUQUERQUE, N.M. — The new Bernalillo County district attorney spoke publicly for the first time since stepping into the position.

Sam Bregman was appointed by Gov. Michelle Lujan Grisham Tuesday. He is filling the vacancy created by Raúl Torrez’s election as attorney general.

Bregman has worked a prosecutor, but spent years on the other side of the courtroom as a high-profile defense attorney. He said he will prioritize staffing, and he may be involved in court and with training attorneys. He also explained why he wanted the job:

“I have lived here my entire adult life,” Bregman said. “I have raised a family here in Albuquerque, and I took this job because I love Albuquerque. I decided it’s time for me not to sit back and watch, but to actually try and help.” 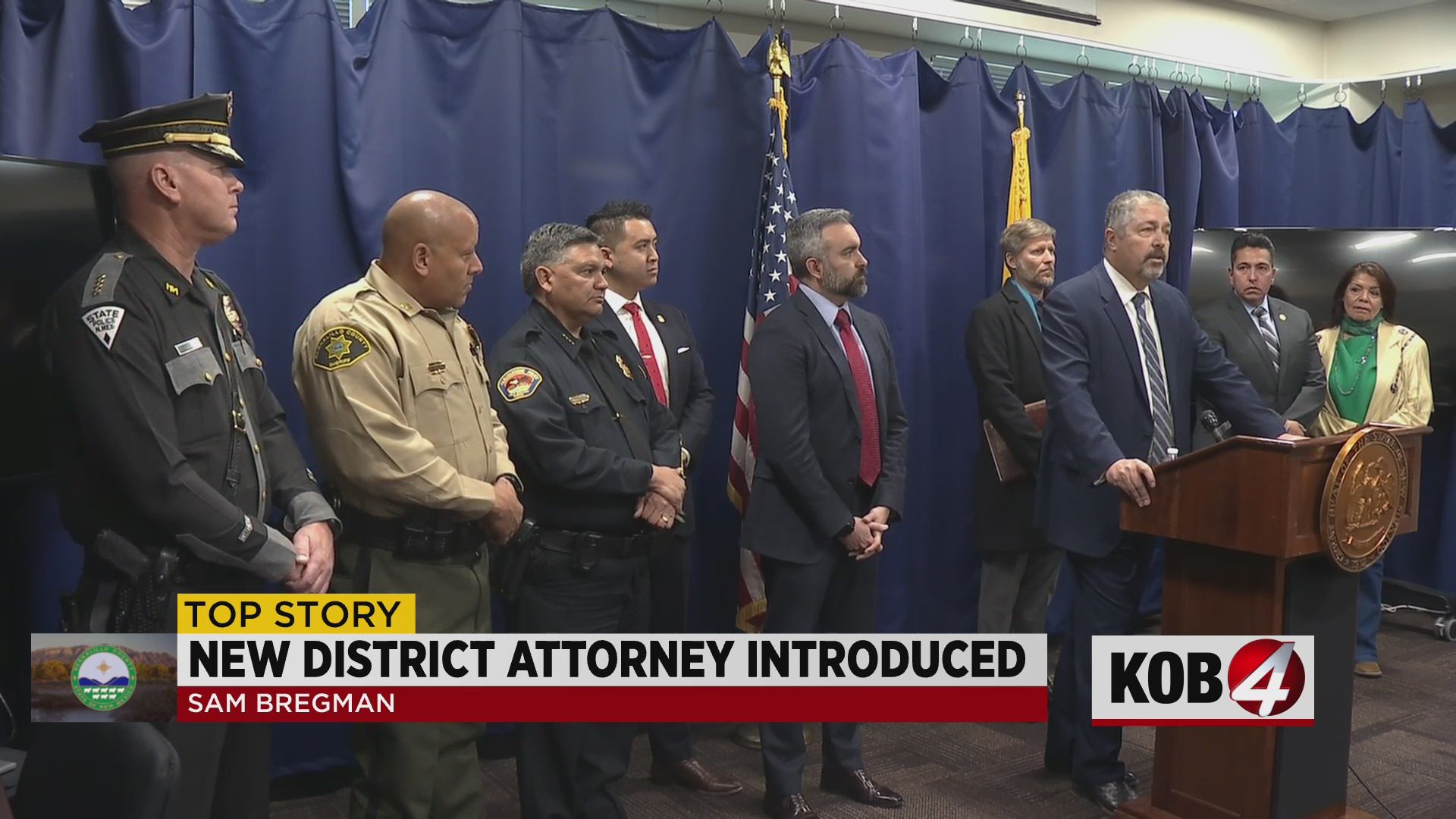 There was a show of unity Wednesday at the news conference. Local, state and federal law enforcement and elected officials talked about how committed they all are to cooperation.

“I feel like I’m walking onto one hell of a team,” Bregman said. “They care about this community and they want to see this community live up to its great potential, as I do.”

Bregman will serve the remaining two years of the existing term. He said he will not run for reelection.

Watch the full press conference in the video below or click here.