SANTA FE, N.M. – The latest poll on the race for the governor in New Mexico is giving Republican Mark Ronchetti a slight edge in the race.

The poll is by the Trafalgar group, a political and corporate survey company. They spoke to more than 1,000 likely voters in New Mexico.

Based on their survey, they put Ronchetti in the lead with 46% of the vote compared to 45% for Gov. Michelle Lujan Grisham. But, there is a nearly 3% margin of error, effectively making the race too close to call.

That’s a big difference from KOB’s most recent poll done in conjunction with Survey USA.

KOB’s poll – conducted after the gubernatorial debate on KOB on Sept. 30 – put the governor ahead by 16 points. Other polls have also given the governor an edge in the race. 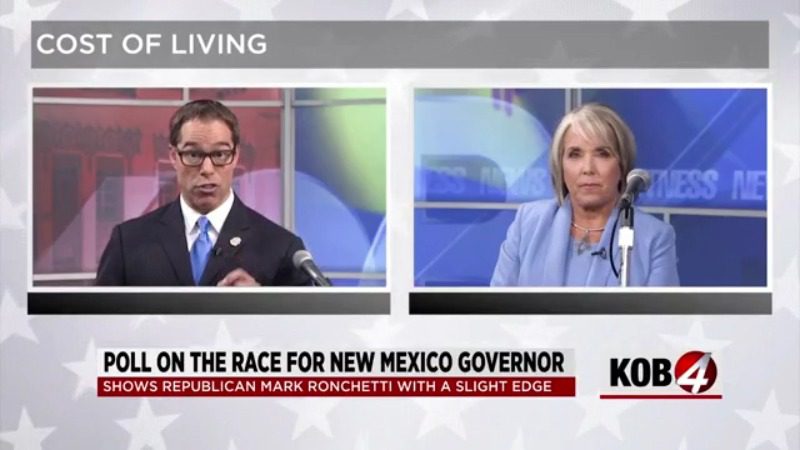 The new poll suggests the race is tightening as Election Day gets closer.

Opinion poll analysis site FiveThirtyEight gives the Trafalgar group a grade of “A-“ when it comes to poll accuracy. For comparison, Survey USA has a grade of “A” for accuracy.

The Trafalgar group touts that it uses methods designed to get around what it calls the “social desirability bias.” Basically, the theory is that people will not reveal their true feelings in a poll.

Based on that, Real Clear Politics puts Gov. Lujan Grisham ahead by 3.5%. However, it also ranked the race as a toss-up – all just confirming that this campaign is not over yet.