NM Game and Fish: Tiger ‘appears to be’ different from one sought by APD

Police said they responded to shots fired on the edge of a mobile home park on Zuni near Louisiana around 2:15 p.m. Tuesday, and they found a bystander shot by a stray bullet outside the Allsup’s Convenience Store across the street.

Multiple witnesses told KOB 4 that people in two vehicles had been shooting at each other.

Police said they eventually heard a gunshot and moved toward one of the trailers, where they arrested Kevin Mercado. APD has not said what they’re accusing him of doing, but they said he had a handgun with an extended magazine.

“Officers then began to follow a trail of blood leading to a trailer in the area,” an APD spokesperson said. 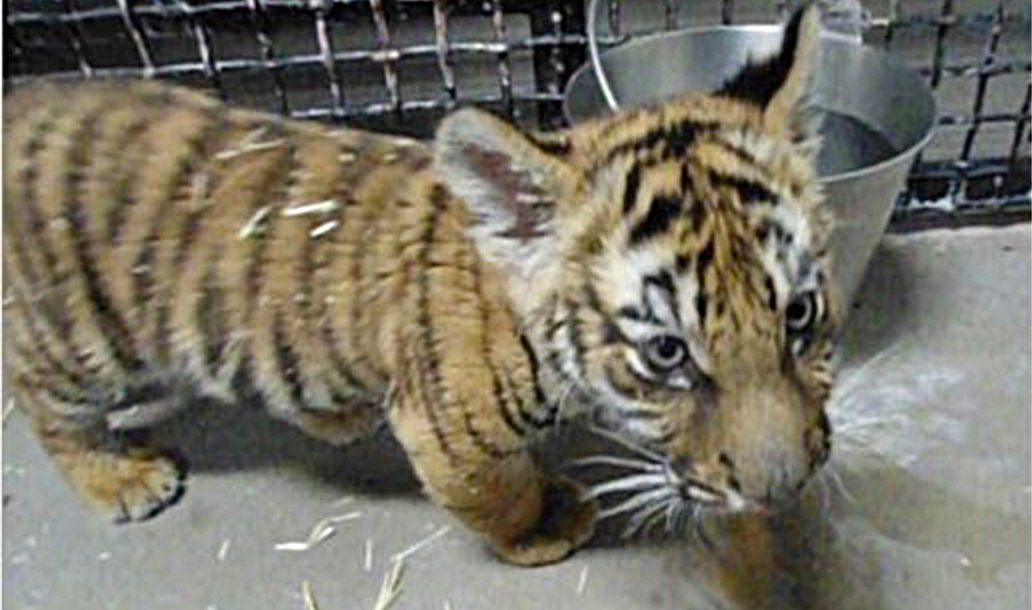 They went inside, wanting to help anyone who may be hurt, but didn’t find anyone, and that’s when they saw the tiger cub inside a dog crate.

People who live nearby said shootings are common.

“It’s pretty brutal,” Sherry Lewis said. “Enough is enough already with this. It’s very unsafe. You know there are kids around here, elderly around here.”

One teenager heard the bystander screaming after they’d been shot.

“It was kind of nerve-racking, and then seeing him get carried away. It’s heartbreaking because it shouldn’t happen,” Alex Garcia said.

Some were surprised to hear there was a tiger.

“I don’t know who’s that crazy to keep a tiger in one of the trailers,” Garcia said. “That’s an exotic animal and they shouldn’t have it.”

Others were not surprised.

“That’s kind of interesting but there are so many interesting things here every day that you see,” a man who lives in the area said.

One person at the scene told KOB 4 that people knew the tiger cub was there, and they showed KOB 4 a video on a phone they said shows them petting that tiger cub.

APD has not commented on whether the shootings Tuesday were related to that tiger.

In August, Albuquerque police assisted New Mexico Game and Fish with a search warrant for the illegal possession of a tiger. While the suspected tiger wasn’t located, they did find an alligator and large amounts of drugs, guns and cash.

Police are still looking for that suspected tiger, estimated to be one year old and weighing between 50 and 90 lbs.

It is illegal to own a tiger as a pet in New Mexico. Nationwide, the Humane Society of the United States is also reminding people they can no longer have private ownership of big cats as pets or for breeding.

Laura Hagen, the director of captive wildlife for the Humane Society of the U.S., released the following statement:

Last month, President Biden signed the Big Cat Public Safety Act into law, which now prohibits private owners from keeping big cats as pets or breeding them. Under the law, the U.S. Fish and Wildlife Service will be developing regulations and will receive registrations from people who possess big cats who are grandfathered in under the legislation.

Cases like this underscore exactly why the Big Cat Public Safety Act is such a critical animal protection and public safety measure. Big cat cubs like the tiger found in Albuquerque are not pets – they are dangerous, wild animals and don’t belong in homes or dog crates. Strong enforcement by the U.S. Fish and Wildlife Service of this new federal law will ensure that these incidents become a sad relic of the past.”