ALBUQUERQUE, N.M. — Another development has surfaced in the fallout from the death of New Mexico State Police Officer Darian Jarrott.

A top member of law enforcement has admitted that major mistakes were made by many people leading up to the tragedy. It’s the first such on-the-record admission from a member of a law enforcement agency involved in the events that day.

On Feb. 4, 2021, breakdowns in communication led to a suspect, Omar Cueva, who was known to be violent, shooting and killing Officer Jarrott during a traffic stop on I-10 in Deming. Police later shot and killed Cueva in Las Cruces.

Jarrott leaves behind four children and a fiancée.

The internal New Mexico State Police investigation into his death reveals federal agents with Homeland Security were targeting Cueva in an undercover drug sting that day. In fact, agents were watching just a couple hundred yards away when he shot Jarrott. 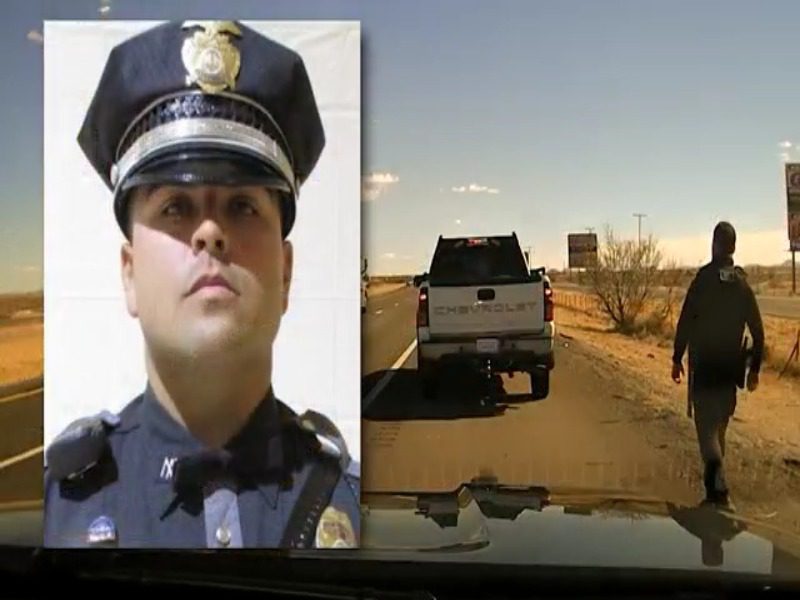 Many have asked the question, why wasn’t Officer Jarrott given the information he needed to understand how dangerous Cueva was?

Jarrott’s wife and mother of two of his four children, Gabriella Jarrott, is suing the state. Albuquerque Attorney Sam Bregman is representing her in multiple wrongful death lawsuits.

Bregman has led hours of sworn interviews and, up until now, no one has admitted fault, but that changed in August with New Mexico State Police Chief Tim Johnson.

“I think some mistakes were made by everybody,” Johnson said Aug. 8.

Johnson admitted Jarrott never should have been in that situation, and said many people should have done more to prevent the tragedy.

Bregman: “And if those things had been done, Officer Jarrott may be alive today, right?”

Many, including within the state police ranks, have criticized Officer Jarrott’s supervisor, Sgt. Mark Madrid. In a sworn interview, Madrid said the federal agents didn’t tell them about the level of danger.

Bregman: “When Madrid says it is not high risk, that is not following his training, is it?”

Johnson: “He should have asked more questions, yes, and it should have been handled differently.”

Bregman: “Is that acceptable behavior by a supervisor in the New Mexico State Police?”

Johnson said no officer should have pulled over Cueva alone.

“We finally have someone at state police willing to admit the number of mistakes they made,” Bregman told KOB 4 Wednesday.

The lawsuit against the state is set for jury trial Jan. 11 in Santa Fe.

“As the family has contended all along, if those mistakes were not made, Officer Jarrott would still be alive today,” Bregman said. “After all this, almost two years now, apparently the New Mexico State Police doesn’t care.”

He also confirmed that no one from state police was at the briefing on the federal sting operation the morning of the shooting – even though they were invited.

Earlier this year, a state police spokesperson told KOB 4 their internal investigation is ongoing. The department did not respond Thursday to a request for comment.

Bregman is bringing a separate lawsuit against the feds, but it’s still pending.