ALBUQUERQUE, N.M. — Officials anticipate traffic could be back to normal this weekend on a northwest Albuquerque road after a water main break.

According to the Water Authority, one northbound Coors Bypass lane is expected to open Friday around 5 p.m. All northbound lanes will likely reopen sometime late Saturday.

Just north of the intersection of Coors Boulevard Bypass and Ellison Road, the Water Authority first reported a break before 5 a.m. Thursday.

Upon reviewing the area that morning, crews found several sinkholes, which prompted all northbound Coors lanes to close at Ellison. 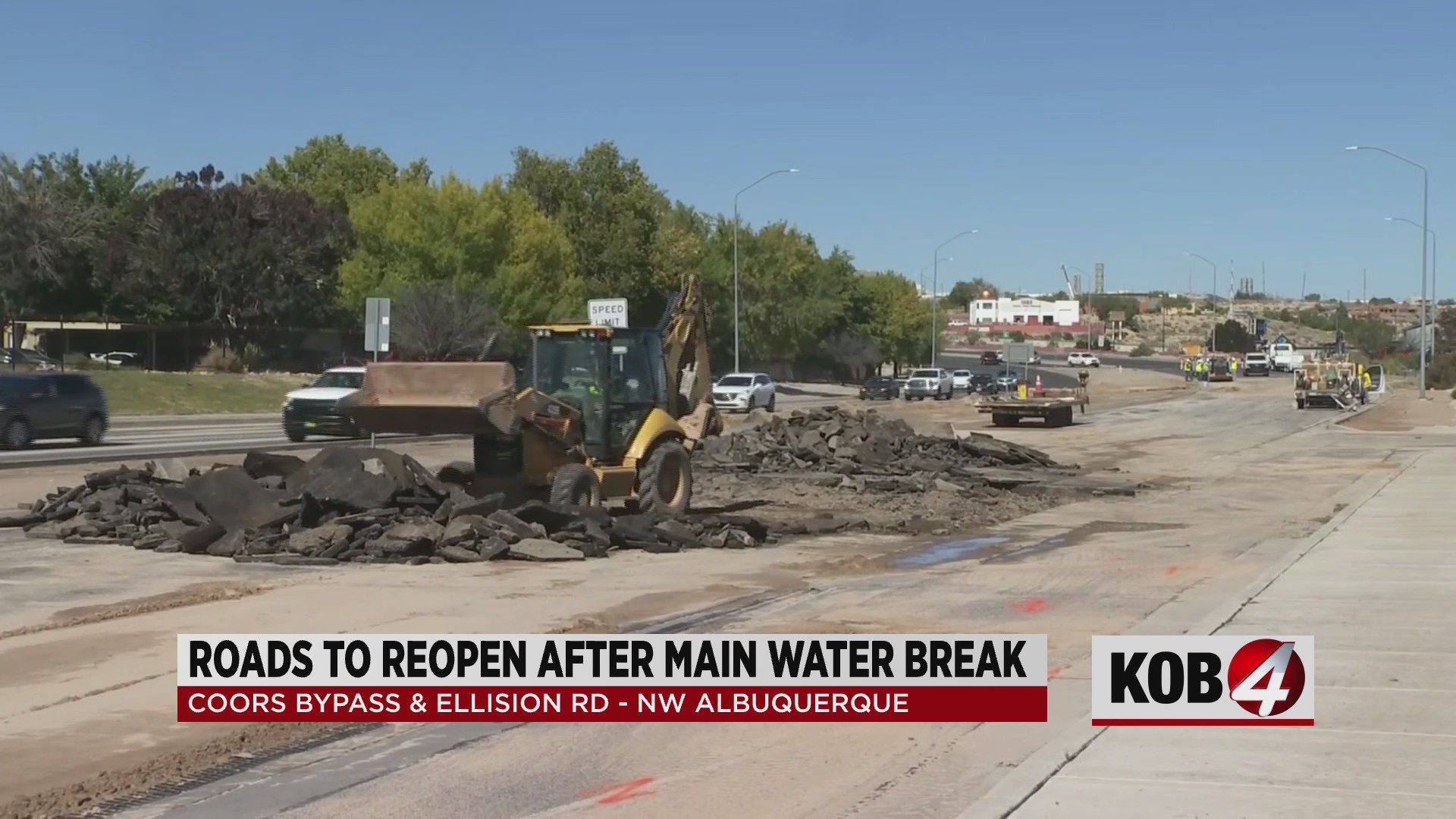 NMDOT has been diverting traffic down Ellison to Alameda and back to NM-528. Motorists have also been instructed to avoid the area and seek alternate routes.

No customers were reported to be out of water because of the break.