The “Metro 2” helicopter was assisting with the East Mesa Fire, providing bucket drops and other needs for fire crews on the ground.

On the way back to Albuquerque, authorities say the helicopter crashed around 7:20 p.m. on July 16 outside of Las Vegas.

Read the NTSB’s full report on the crash here: 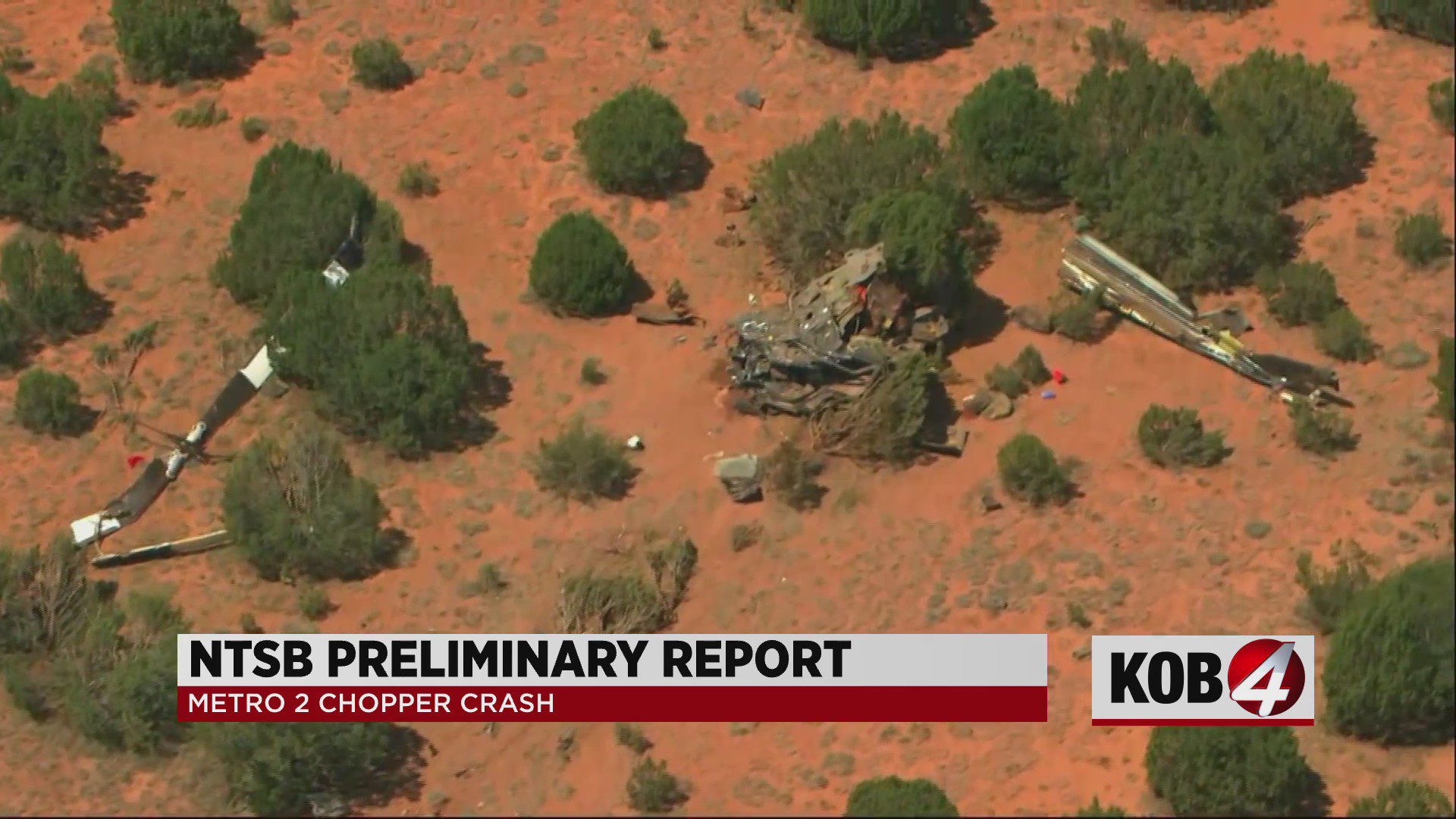