ALBUQUERQUE, N.M. – Some workers at a local restaurant are still recovering today after a group of men attacked them on Friday outside their sandwich shop.

Employees at a sandwich shop on Montgomery sprang to help their boss after a request to leave the property turned violent. One of the owners says he’s OK but an employee has a black eye.

“The one guy’s been here many many times and he’s always been friendly so I’ve always given him water but when I realized why he was coming it was kind of an issue,” said Mark Roerick, owner of Yeller Sub.

Security video shows Mark and his employees Friday afternoon brawling with who they believe are homeless people, who hang around their sandwich shop.

Mark says he believes one of the men was in the middle of a drug deal. 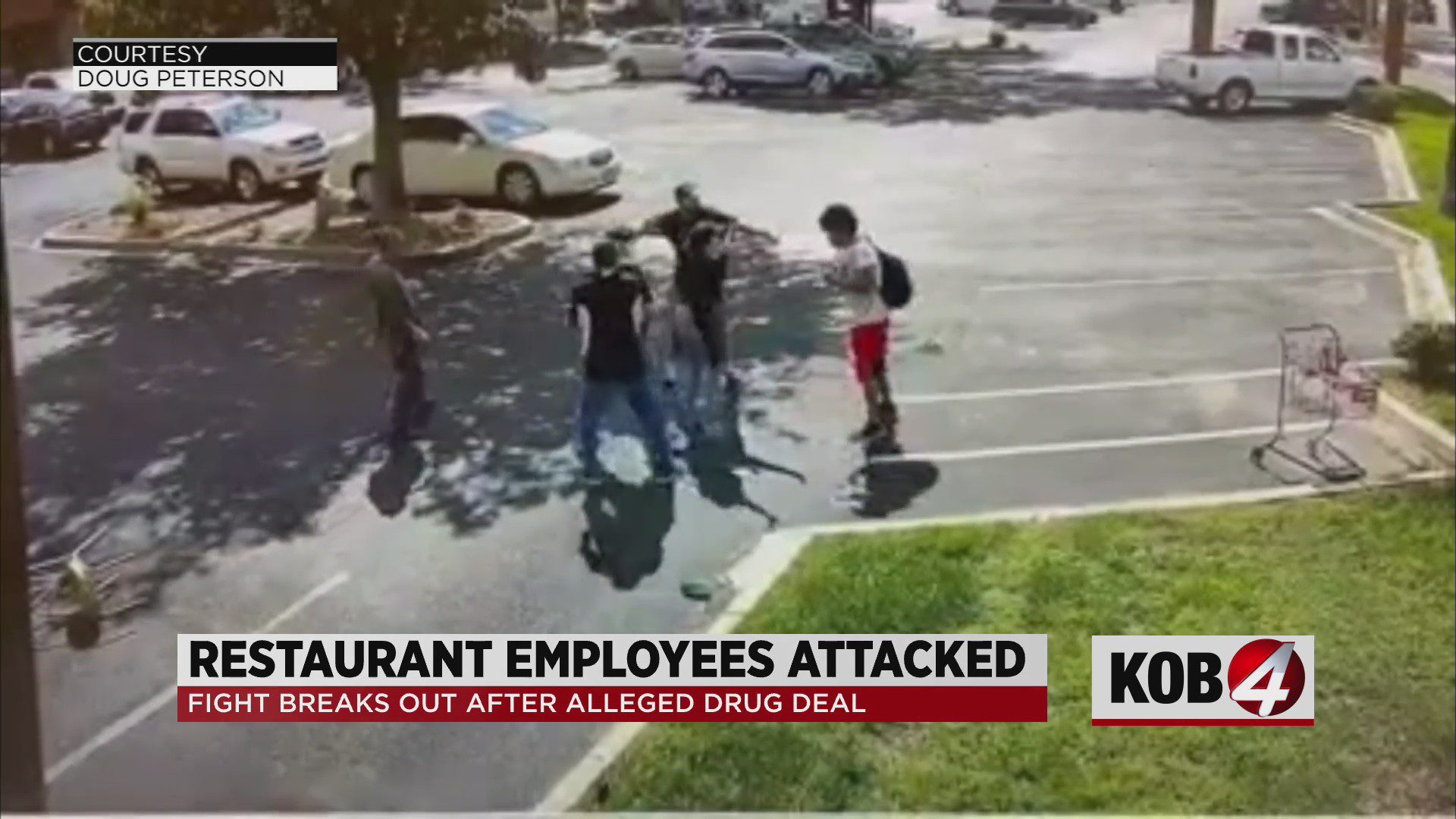 “So what happened is I asked some people that were sitting at a table that we put out for pet-friendly dining for the customers that come in, and I asked them to please leave because I was going to take the tables in,” said Mark.

His wife and shop co-owner Rosie Roerick says she called 911 after things got violent.

“The little girl or woman I don’t know she decided to throw a chair, so once she threw a chair ah that was not good everything erupted after that,” said Rosie.

Video shows the employees and the men fighting and shoving each other.

Mark says he tried to break it up shortly after that.

“When the girl maced or pepper sprayed, I don’t know which, the eyes of one of my employees and then tried to get the other one and got him somewhat, and then attempted to spray his sister who also works for us as well and that’s when I said ‘OK.’ I wrapped up a couple of people and took them inside so they’d be safe,” said Mark.

The couple says they were a little shaken up about the incident, especially after the tragic death of Giovanni’s pizzeria owner, Rosario Zito, less than a week ago.

“It’s concerning with everything that happened this past week here on Montgomery, I just hope nobody gets hurt,” said Rosie.

On Montgomery alone, in the past few weeks, there was a SWAT standoff and a shooting near Del Norte High School.

But the business owners are angry and frustrated that they even have to deal with this kind of thing.

“Well we want to make a living in Albuquerque, we love our customers, and we want them to come back but the only way they’re going to come back is if they feel safe and sometimes I don’t feel safe coming here,” Mark said.

The Roericks say they’re grateful to Albuquerque police for responding quickly. They hope the police can catch the people responsible and Mark and Rosie say they hope this doesn’t happen again.

“That’s not the kind of excitement I want in my life,” said Mark.