ALBUQUERQUE, N.M. — A winter storm is working into New Mexico as Monday continues and Tuesday will bring lingering, blustery winter weather for much of the state.

Snow began Monday morning in western New Mexico and is slowly spreading into the rest of the state. So far, travel has been slick on I-40 out by Gallup and Grants. However, during rush hour, some rain is likely in the Albuquerque metro. High wind, as well as snow, is likely in the East Mountains and I-40 through Tijeras Canyon.

Already, we’ve seen some pictures from Silver City and from Placitas, looking at the northern end of the Sandia Mountains. We also have video of snow in Gallup (see below for the pictures and video).

Like almost every storm, though, northern New Mexico and higher-elevation areas won’t be out of the woods. Come Monday night, as colder temperatures come to the state, travel impacts will be expanded on northbound I-25 from Santa Fe to Raton.

Winds will pick up and blow the snow around, which has prompted some winter weather alerts to be issued. We’re expecting below-normal temperatures, chilly winds and heavy snow that, combined with the strong winds, will make travel slick. 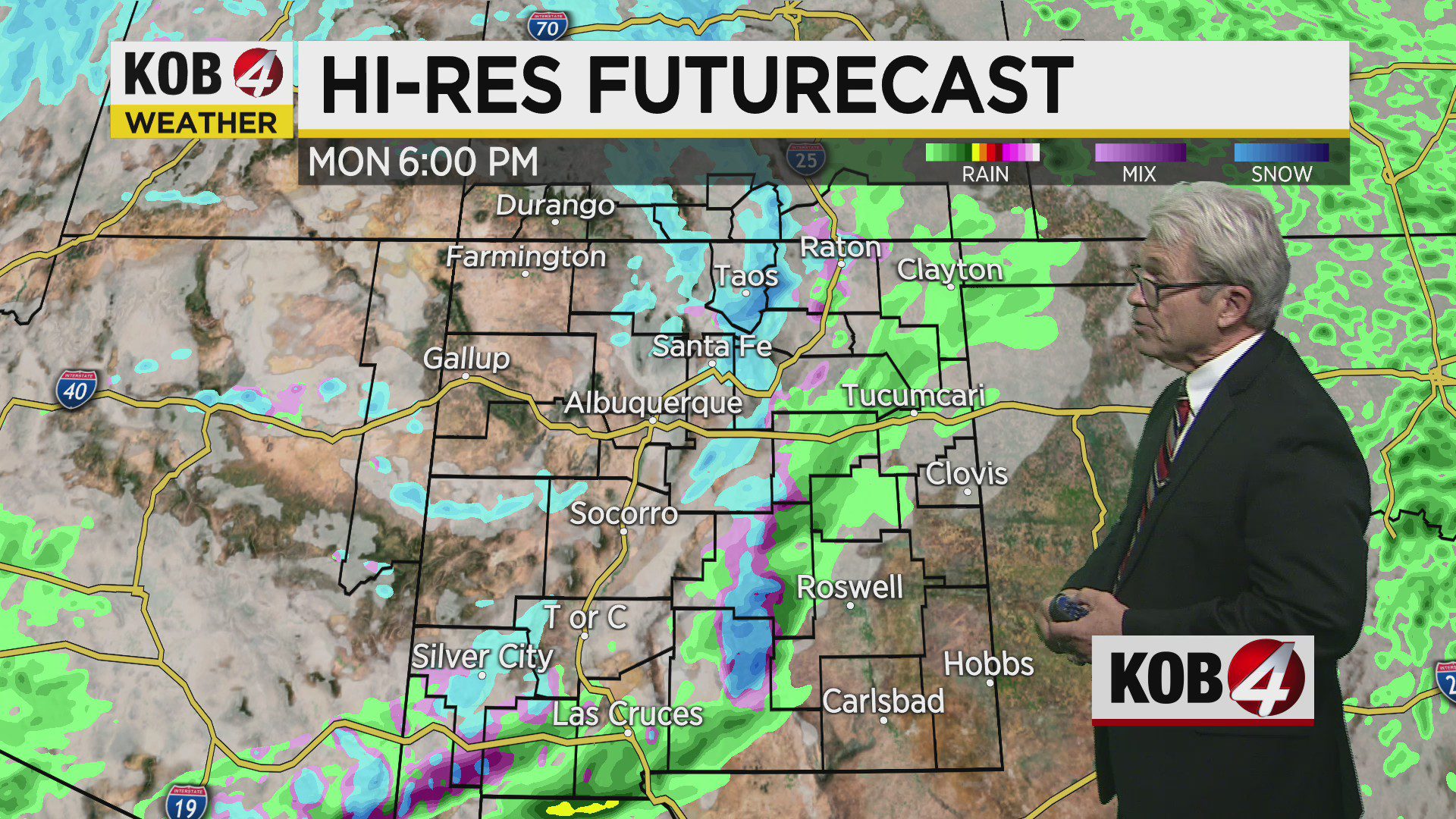 We’re expecting snow to accumulate mainly over western and north-central parts of the state Monday and Monday night, with strong winds and cold wind chill values continuing through Tuesday.

The highest snowfall accumulations are expected in the southwestern, northern and central mountains. In his full forecast, Steve Stucker is expanding upon what the National Weather Service in Albuquerque is projecting for snow, in the video above.