Suspect in killings of Muslim men will be held until trial

ALBUQUERQUE, N.M. — Muhammad Syed, the man charged in two of the four murders of Muslim men in Albuquerque, will be held in jail until his trial.

Muhammad is charged with the murders of Aftab Hussein and Muhammad Afzaal Hussain. Police said both men were ambushed and shot.

Muhammad has only been formally charged with those two killings, but he is still the main suspect in the two other murders of Muslim men – Mohammad Zahir Ahmadi and Naeem Hussain.

At the detention hearing Wednesday, prosecutors said Muhammad has no regard for human life and is extremely dangerous. They said he a threat to everyone in Albuquerque, not just the Muslim community.

Prosecutors also pointed to seven other incidents – aside from the murders – where Muhammad allegedly committed violent acts or resisted officers. Muhammad was not convicted in any of those cases. 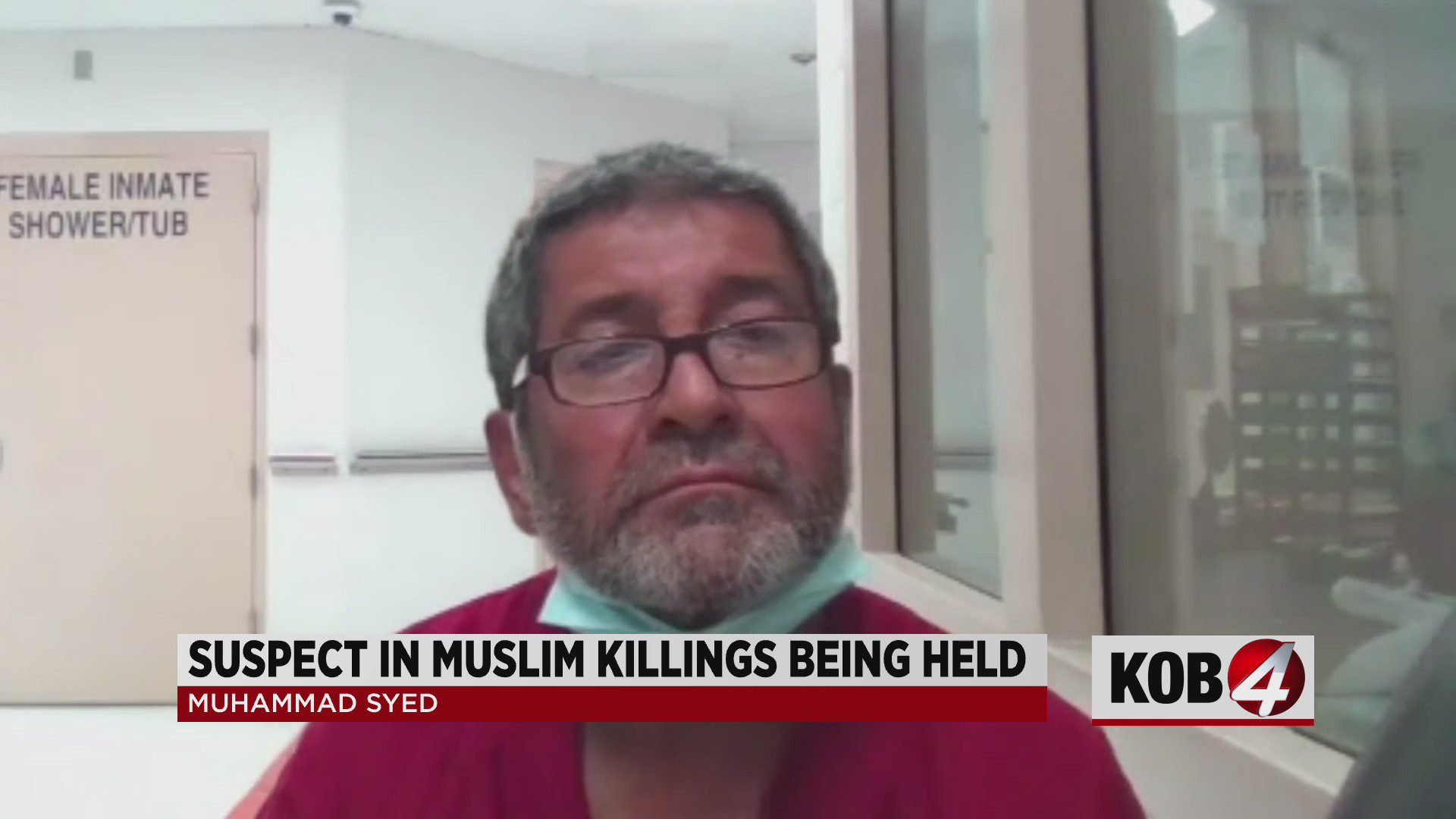 The defense said Syed has showed up to all court appearances and followed all direction from the court regarding past allegations against him.

“Mr. Syed is presumed innocent in those cases, just as he is in this one,” his defense said.

According to federal prosecutors, Muhammad’s 21-year-old son, Shaheen Syed, is also tied to the killings.