“Count one, homicide by vehicle, driving under the influence of liquor or any drug,” said Fourth Judicial District Judge Cindy Garza.

22-year-old Jesse Blanco heard the charges against him during a virtual hearing Tuesday.

State police said he was driving drunk in Wagon Mound last Friday when he rear-ended Irene Romero as she was pulling out of her driveway. Romero, her 4-year-old granddaughter, and 9-year-old niece all died. 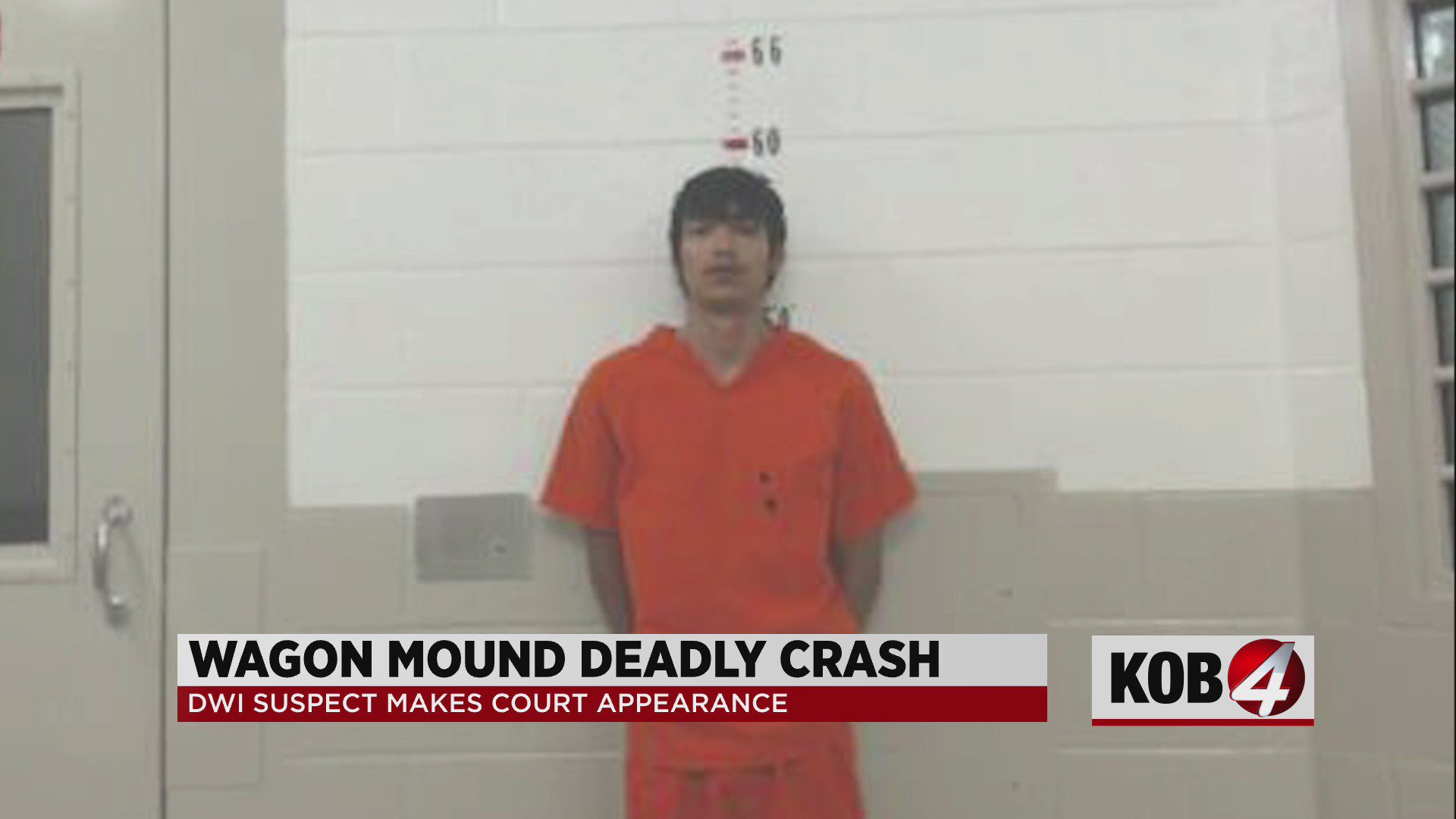 During Tuesday’s hearing, Blanco spoke only to answer questions from Garza.

Garza: How is your physical and mental condition?

Blanco: Basically, I’m okay, mentally, it’s taken a little bit of a toll on me.

Prosecutors asked Garza to hold Blanco on a $250,000 bond, claiming he is a flight risk.

“This was a homicide by vehicle, there are deaths involved. The evidence will show that there were some attempts to hide evidence. It’s not likely that he’s going to comply, your honor. The state feels he has a significant incentive to flee,” said the prosecutor.

Blanco’s lawyer pushed back on that, pointing out that Blanco has no criminal history. He has a job, and his lawyer said Blanco expects to graduate from Highlands University this year.

The defense urged the judge to release him with conditions.

“I think rather than a bond that keeps him in jail, I think setting a curfew of say 9 o’clock at night till 6 in the morning allows him to continue working and going to school, so he can complete what he needs to do,” said the defense attorney.

“But due to the severity of the case, I mean three lives were lost here, due to DWI, which shows gross negligence and recklessness,” said Garza.

A bond hearing in district court is now set for Friday.

Blanco’s passenger, Dominic Armijo, also appeared in court Tuesday. He’s accused of attempting to hide the alcohol after the crash and faces a charge of tampering with evidence. His bond was set for $5,000 cash only.