Teen accused of raping, stabbing woman on bosque trail to remain in jail

ALBUQUERQUE, N.M. – The teen accused of stabbing and raping a woman in the bosque will remain in jail. This decision comes after the other hearings for 19-year-old Reginald Hall were delayed.

Wednesday’s virtual hearing started an hour late following another round of minor delays. A judge ruled there is no other way to keep the community safe other than keeping Hall in jail until his trial.

It was last month when a 911 call came in saying a woman had been stabbed and sexually assaulted while walking in the bosque.

Witnesses told police they saw Hall dragging a woman in the canal, and that started the search for him. Another woman found the victim and helped her until she was sent to the hospital. 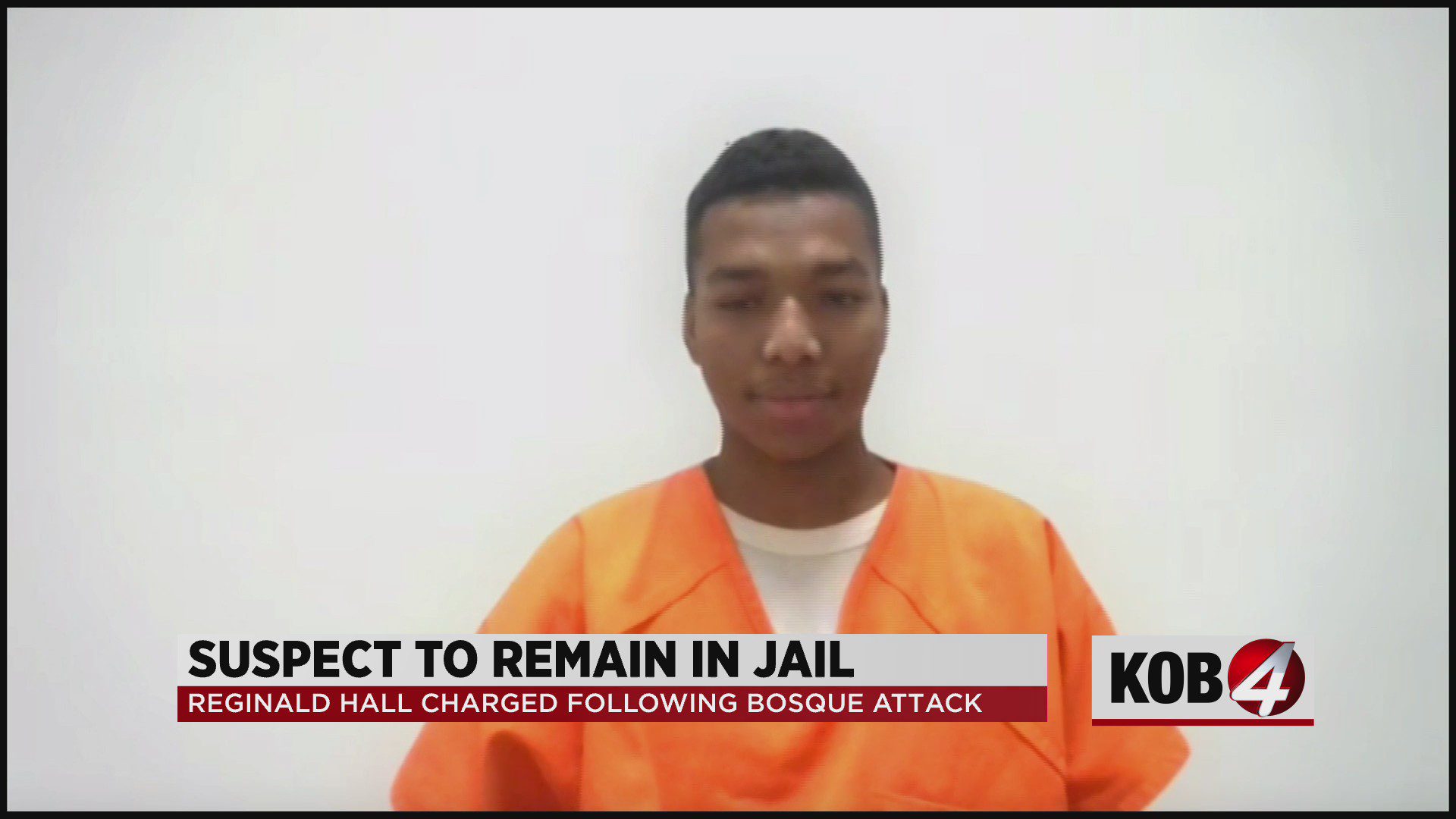 On Wednesday, prosecutors noted how Hall now has six different criminal cases against him, and he was released for another charge in another district when the alleged attack happened in the bosque.

“And eight days after being released in the 13th district, he’s found here. In fact, he stated he arrived in Albuquerque that morning. Released on his own recognizance has not previously worked for the defendant and adding any additional requirements – such as GPS would not protect the community either,” said the prosecutor.

The defense argued for his release saying Hall would benefit from behavioral health analysis – but noted he has nowhere to go – his own family filed a restraining order against him.

A judge ruled Hall will stay in jail until he faces a trial.