Candelaria confirmed with KOB 4 that he was involved in a crash with multiple vehicles Friday night, outside a home on Mountain Road, right off Rio Grande.

In the video, Candelaria’s car is upside down and reportedly slid around 50 feet from where the initial point of impact was with a parked car. Officers can be heard saying it’s amazing Candelaria did not have any serious injuries.

The homeowner, Felipe Tapia, told KOB 4 that he is now in the process of replacing two totaled cars. Tapia said he heard the crash outside, and all three of his vehicles involved were parked.

“He said that he’s insured and he’s just gonna make sure everything’s 100 percent right,” Tapia said. “You know, gave me his number, gave me his word, said ‘I’m a lawyer, I’m for helping people.'” 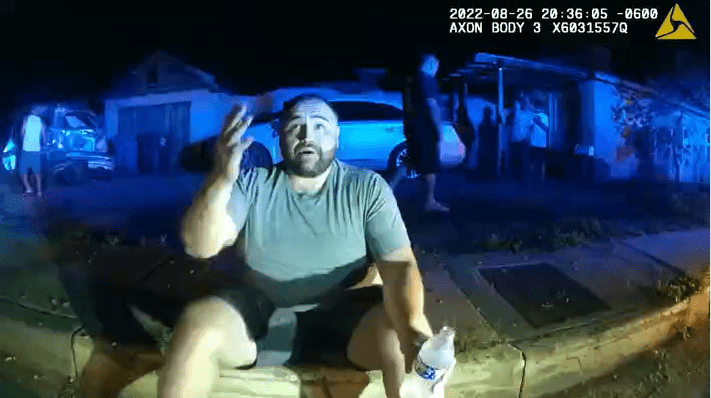 According to police, witnesses said Candelaria’s vehicle was speeding and ran a red light prior to colliding with the three parked vehicles. Candelaria reportedly told police he did not remember the initial cause of the crash, and he could have possibly fainted.

“I was coming home and the last thing I remember is, I just coughed, and then everything went dark,” Candelaria said. “I honestly don’t know.”

Officers did not observe any signs of impairment by Candelaria.