The governor’s order specifies a person will not be arrested or extradited to another state trying to press criminal charges under their laws on reproductive health care services, as long as their actions do not violate New Mexico law.

The order also specifies the state government will not cooperate with extradition attempts from other states where criminal charges are being pursued against an individual for receiving or performing reproductive services.

The order also specifies a person’s licensure will not face discipline or disqualification in New Mexico if they provide or assist in reproductive health care services, as long as their services are lawful and consistent with the state’s standards for good professional practice.

Gov. Lujan Grisham’s order is similar to provisions ordered in Massachusetts and Minnesota, which she alluded to Monday. As the governor signed the order, she was joined by several officials from Planned Parenthood, the ACLU and others, including state Sen. Linda Lopez. 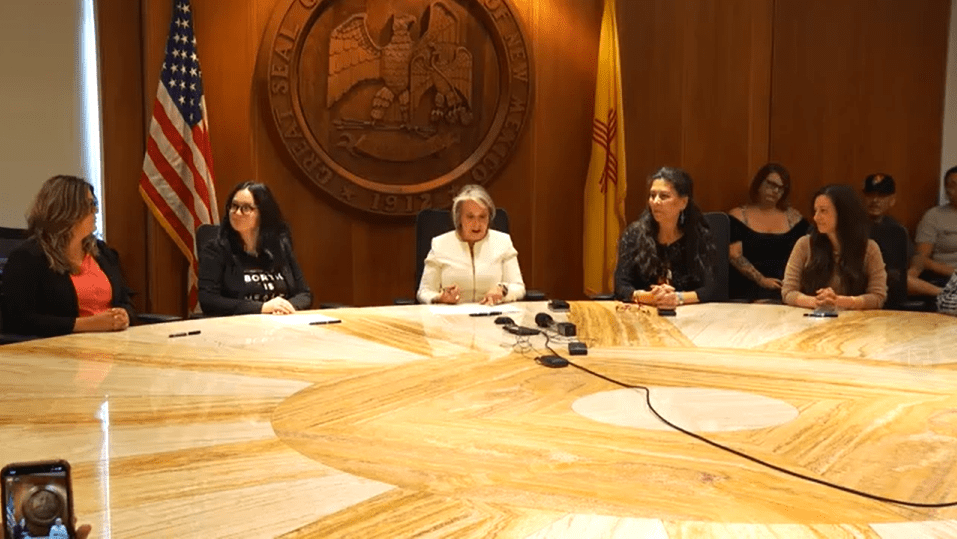 The governor’s order is the first move to formally protect abortion rights in New Mexico since the U.S. Supreme Court ruled, in a 5-4 decision, to overturn the 1973 Roe v. Wade ruling that protected abortion rights nationwide. The ruling did not impact the state as, in February 2021, the governor signed a bill that struck down an abortion law signed in 1969.

“Today we have once again declared that we will take every available action to protect the rights and access to health care of anyone in New Mexico,” Lujan Grisham said. “As long as I am governor, abortion will continue to be legal, safe, and accessible in New Mexico.”