ALBUQUERQUE, N.M. – In Albuquerque, it’s becoming more common to pass by a TV or movie set every once in a while. But people almost never get to really see what they’re up to, that’s one reason why a worker’s union held an expo Sunday.

KOB 4 got a behind-the-scenes look at what goes on, including a tour of the Breaking Bad RV.

“It’s crazy I really wanted to get out of the state because of not much happening but as I’ve gotten older people are literally calling it the second Hollywood,” said Isaac Martinez, film student.

Martinez says he hopes to have his own production company someday. With the huge boom of New Mexico’s film industry in recent years – he may not even have to leave his home state. 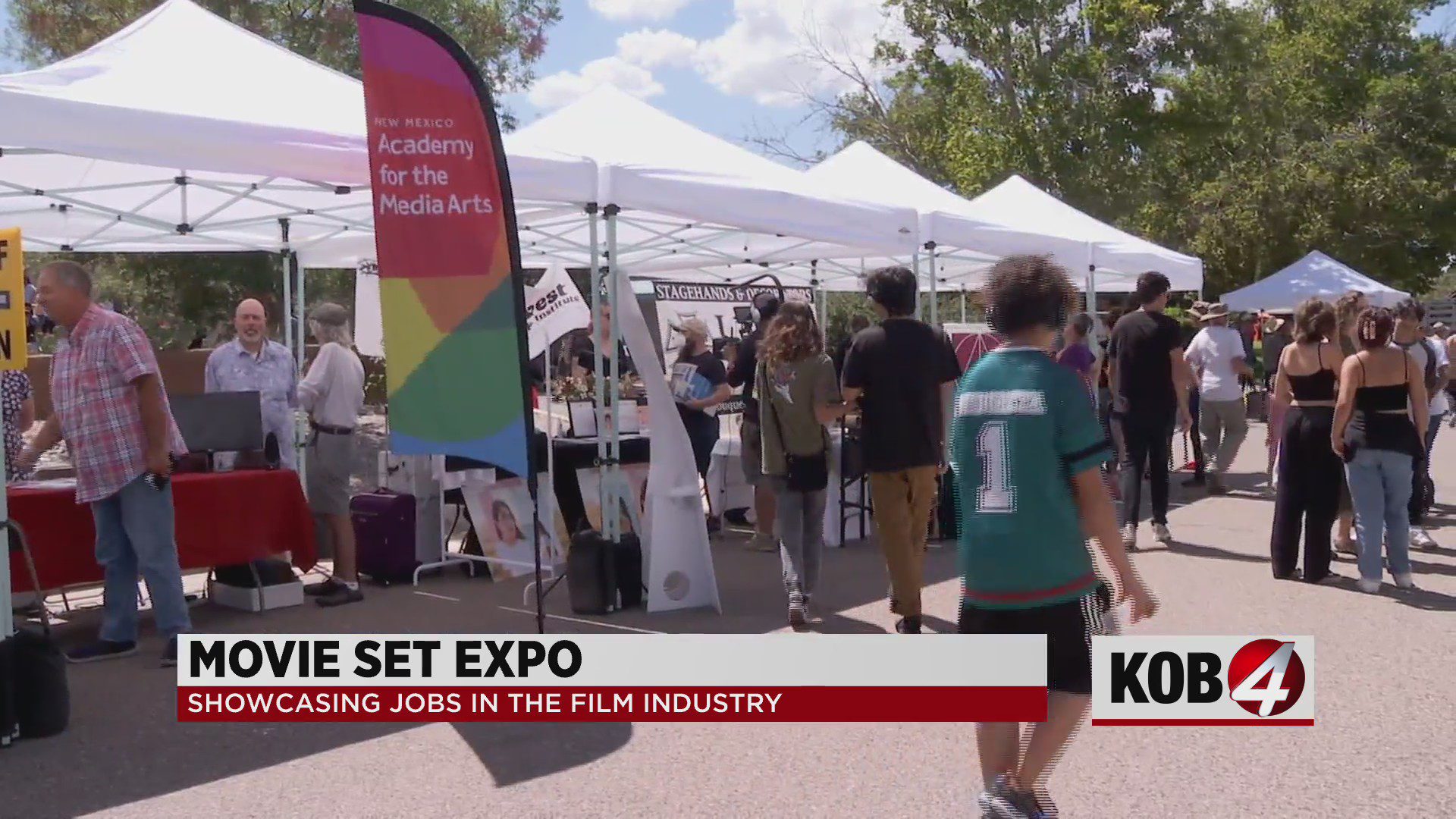 “Well, I think what we want is to showcase the incredible talent we have in the film industry and to open up the door to the industry a bit. Sometimes it can be confusing how you get into the film industry or get a job, and we want to show how to get into it,” said Bryan Evans, IASTE 480 business representative.

The expo aims to connect the public with the behind-the-scenes of TVs and movies in New Mexico. It also gave people a look at a fully functioning set too.

Evans says New Mexico’s film industry may have started out with the Breaking Bad franchise, but it’s still going strong even after Better Call Saul wrapped.

“I would definitely say Better Call Saul created a bedrock of multiple series to be shot in this state and right now we have seven actively shooting,” he said.

“Well it does show that investing in TV and film has paid off, and we have a 22% increase in job hours alone it really does contribute to the overall economic growth overall that we’re seeing in the state,” said New Mexico Lt. Governor Howie Morales.

While people got a chance to talk to directors and producers, they also met the people behind all their favorite animal actors.

“When you’re on set you go through the routine a couple of times, right there where everything set up so that the scenery is right all the environment is right,” said Amanita Berto with New Mexico Film Animals.

IATSE 480 says it hopes after such a successful turnout Sunday they hope to do more expos like this in the future.

On the job with the Breaking Bad RV. Coming up an inside look at New Mexico’s TV and Film Industry from an expo aimed at connecting the public with the industry @KOB4 pic.twitter.com/tBlAEOSPpR