ALBUQUERQUE, N.M. – There’s a new spot to get some New Mexico-grown food in Old Town that is designed to feed locals, not just tourists.

“We work with so many of the farmers who are in this area, a lot of them are in the South Valley,” said Liz Gaylor.

Gaylor opened a business during a time a lot of businesses were closing down. Now she’s hoping the fruits of her labor are about to pay off.

“You know, the roots are being put into the ground,” said Gaylor.

Back in 2020, during the height of the pandemic, she opened Tiny Grocer ABQ. 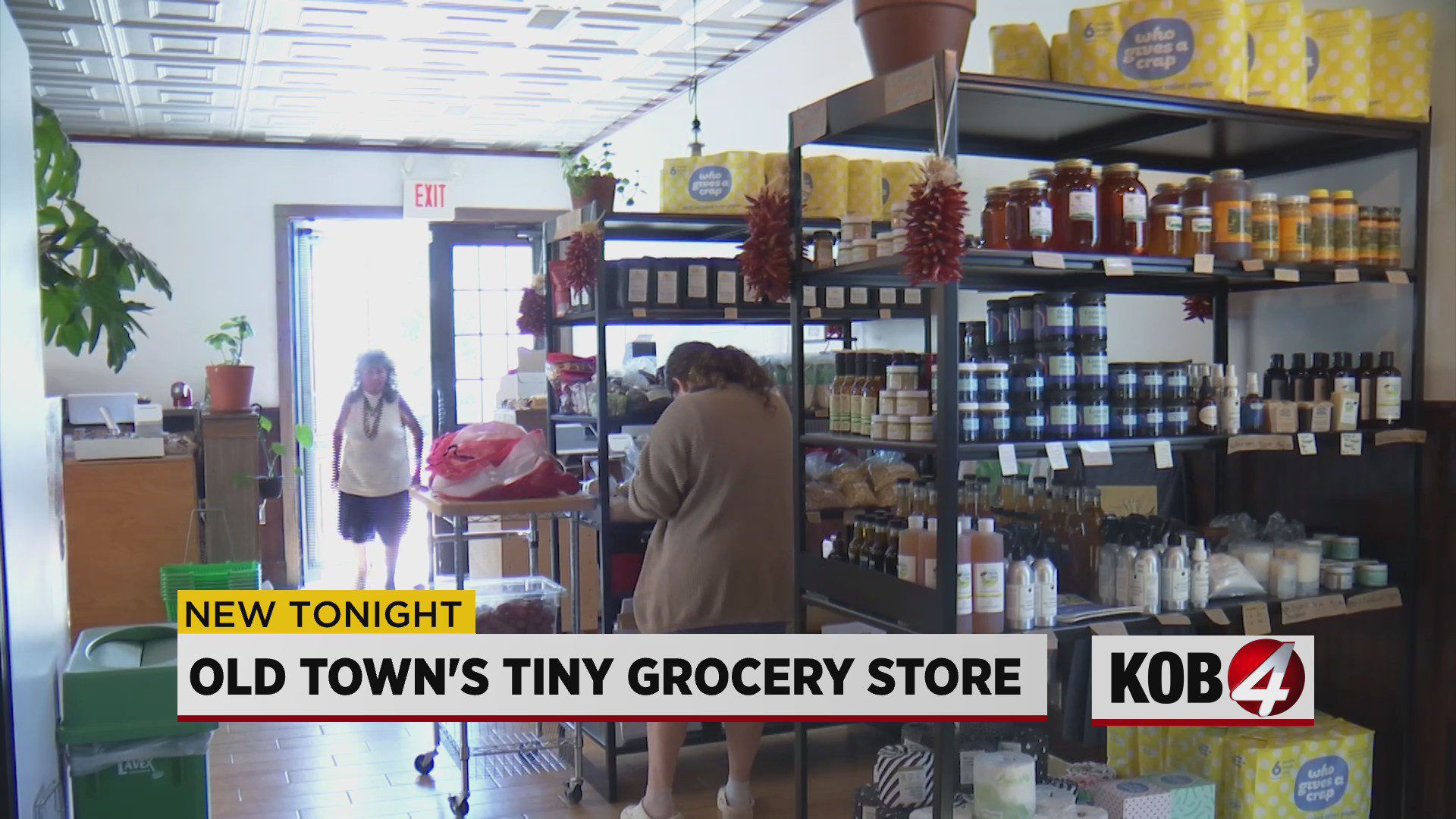 “After the shutdown, a lot of things closed in the area, this was shutdown, so I asked my landlord if I could take the space over and put in a little tiny local food grocer,” she said.

The 150-square-foot store in Albuquerque’s Old Town saw steady, consistent business. But she always wanted a place with a bigger, more capable kitchen to turn locally-grown food into culinary creations.

“Tomato soup, made with some of our fresh tomatoes that we have been getting in,” said Gaylor.

She found her new kitchen in a former restaurant that was embroiled in controversy.

It ended with a judge ordering them to pull the plug on the utilities. The Backstreet Grill was shut down.

“I think I saw a ‘for rent’ sign, was walking my dog one morning, and I called – and I think I called her at 7 a.m. immediately,” Gaylor said.

Gaylor made her move and has been doing everything herself.

“I’m always saying ‘we,’ it’s like me and the mouse in my pocket,” Gaylor said.

With 10 times as much space, she’s brought in the chef from downtown restaurant, Tuerta, to do Sunday brunches and weekly lunches.

It has a full coffee bar and eventually they plan to serve beer and wine on one of the biggest patios in Old Town.

The grand opening of Tiny Grocer ABQ’s new location is next week.