ALBUQUERQUE, N.M. — Violence has touched every corner of Albuquerque over the past seven days.

All of those incidents lead up to Thursday’s shooting involving four police officers, near the Dutch Bros on Juan Tabo.

"It just makes my stomach hurt, I’m sick,” said Rhonda Vigil, who has lived in Albuquerque for 35 years. “I’m sick of hearing this."

Four Albuquerque police officers are out of commission following the shooting. 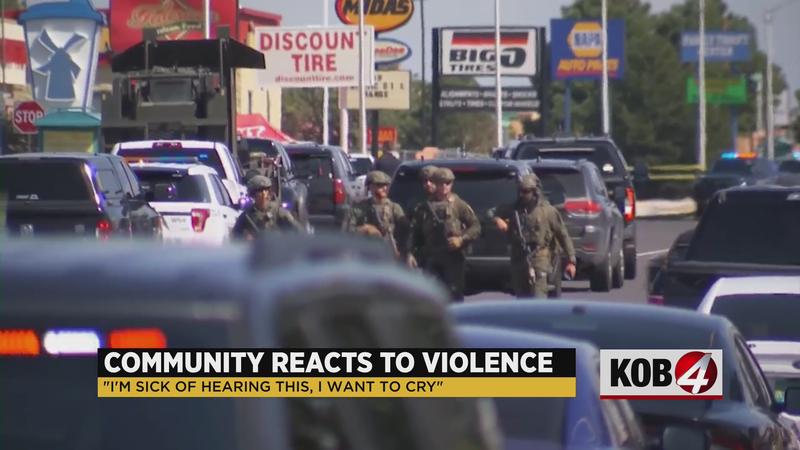 "They’re our life blood,” said Vigil. “They are our saviors. And they are protecting us and here they are getting shot, you’re kidding me."

The tragedy even struck a chord with some of the city’s youngest residents, like elementary student Roseangel Mendiola. She told KOB 4, “I think what happened here was really tragic, and I hope it doesn’t happen again."

Others say they’re living on edge these days.

"This is horrible,” said Kathy Brown, who has lived in the city since 1962. “It just doesn’t make you feel safe."

"I’m surprised, I am totally shocked,” said Rhonda Vigil. “That in New Mexico, in Albuquerque especially, that people have resorted to this kind of violence."