But even though their open sign is back on — store manager, Mia Sanchez, said business is slower than usual at Lobo Comics.

"I did notice a lot of undercover cops starting to close off our parking lot and everything, and it was kind of the realization that, oh crap we’re not going to be able to open today,” said Sanchez. "As of right now, yeah, you can tell that it’s definitely slower. I think people are still a little bit stand-offish to go out, especially in this area."

Down the street, an employee at Perea’s New Mexican Restaurant said she’s also noticed a change in business after Thursday’s shooting.

Padilla said it was difficult returning to work following the tragic event.

"I definitely came into work today with a lot of anxiety, just a little scary, cause you never know, you know,” she said.

She said during her shift yesterday – she watched someone get shot, right across the street.

"It was definitely traumatic yesterday too cause I also saw somebody over here who had got shot, and you could see them from in here actually,” Padilla said. “I just saw the person on the floor, and they immediately rushed over to them, so I knew something was majorly wrong."

Albuquerque police said they’re still searching for a man who may be connected to the shooting.

"I just have had a lot of anxiety today, just cause that person is still out there,” Padilla said.

Police ask that people call 242-COPS if they have any information. 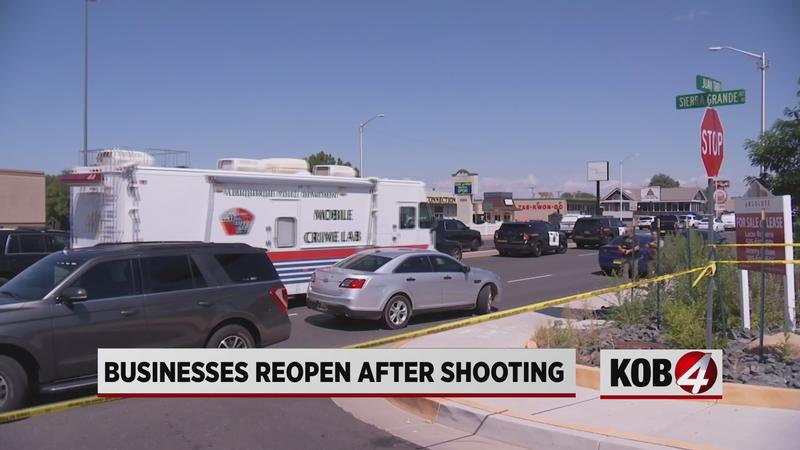