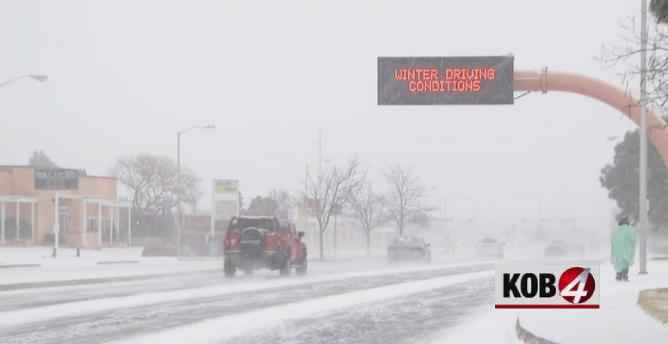 NEW MEXICO – NMDOT reported several closures Thursday morning on I-40 and I-25.

Eastbound I-40 was blocked due to an accident between Exit 100 and Exit 102, near the Sky City Casino. All lanes of westbound I-40 at the Route 66 Casino were also shut down due to a crash.

The right lane, on northbound I-25, was closed at mile marker 110 north of T or C. A semi-truck crash caused the closure early Thursday.

Westbound I-40 in Moriarity was also blocked due to a crash.

Wednesday was marred by three major crashes in the area.

A fatal rollover crash closed Sandia Crest Road after a car plunged 100 feet off of the road.

One person was reportedly killed in a multi-vehicle crash Wednesday that closed eastbound I-40 near Santa Rosa.

A tractor-trailer also jackknifed on I-25, eight miles south of Santa Fe, early Wednesday, which prompted a road closure.

Click here for a live look at traffic conditions.