Albuquerque police say 90% of this year’s cases involved guns, a more than 20% increase in three years.

The announcement was very similar to last year when officials first introduced the initiative. Representatives with the city, county, state, courts and other organizations admitted the criminal justice system is broken and the only way to fix it, is for everyone to work together.

While their focus in 2021 was mainly keeping repeat offenders behind bars, their number one priority now is to curb gun violence.

“I want to bring to your attention the symbolism of why we are meeting here today,” said Rep. Pamelya Herndon. 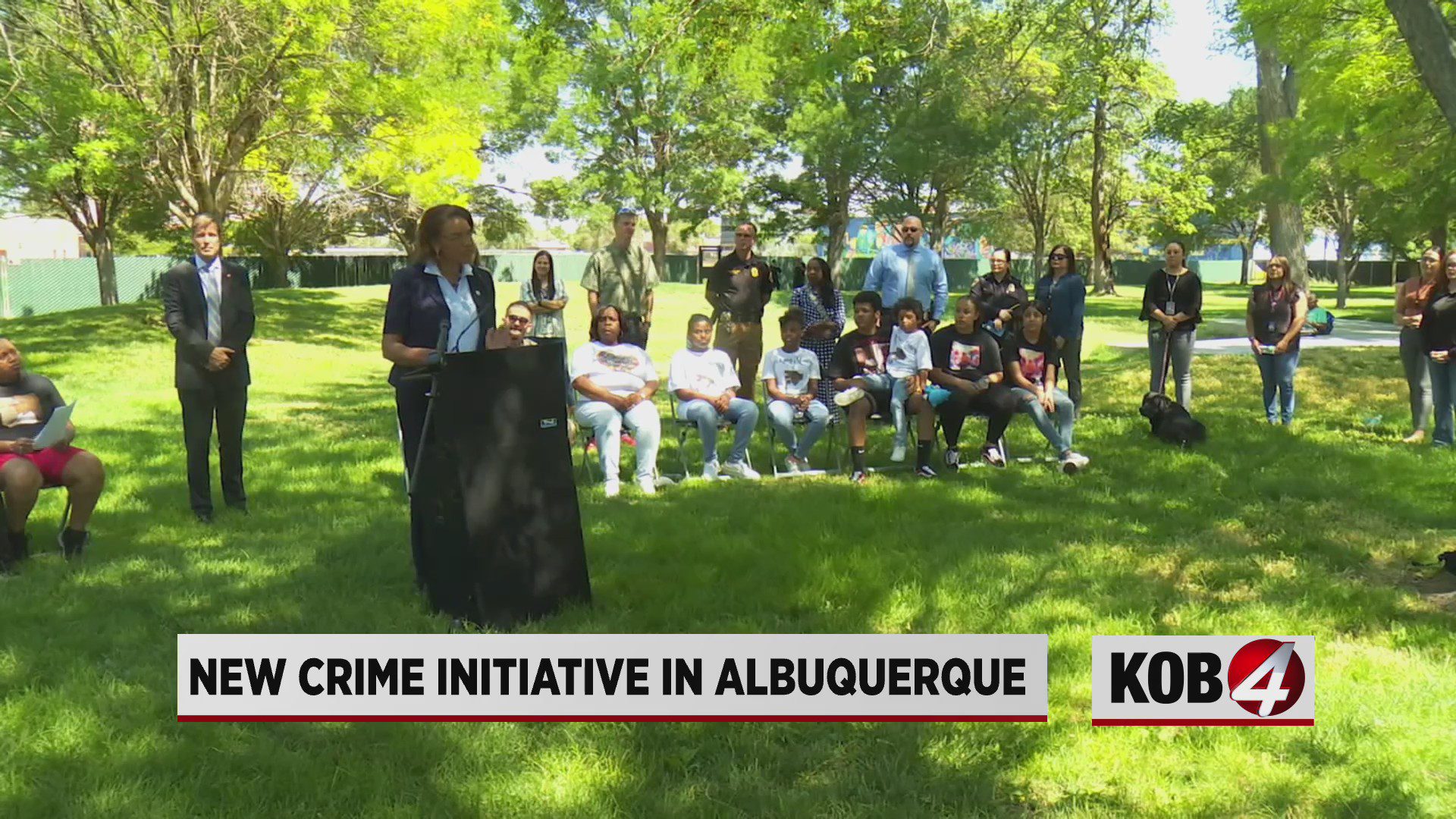 Wednesday’s Metro Crime Initiative update was held in the park next to Washington Middle School, where 13-year-old Benny Hargrove was shot and killed by a classmate last August.

“Every sudden death is tragic,” said Herndon. “We can’t simply accept these tragedies as a new way of life.”

Herndon sponsored the Benny Hargrove Bill, which would hold parents accountable for gun crimes committed by their children. But it didn’t pass.

Keller says a big priority for the second version of the Metro Crime Initiative is to bring it back.

“The notion of access to handguns in the home, which is known as the Benny Hargrove Bill, is going to be at the top of the agenda this year,” said Keller.

The mayor says there will also be three Metro Crime Initiative sessions during the summer – the first will focus on gun violence in July, drugs and behavioral health in August and domestic violence in September.

“In between these meetings, there will be separate subcommittee discussions as well as connections with representative Chasey’s committee, and the courts – criminal justice and courts, corrections coordinating council, that again is sort of an ongoing monthly triage already in our community,” Keller said.

Another action item that is carried over from the first version of the Metro Crime Initiative is red flag gun laws.

“News flash, they do not work, they are not effective. We have to change those so they are usable and workable, regular for our law enforcement system and our civil rights system to be able to use them,” said Keller.

The second is shared data platforms.

“All of these cases, and especially when you look things at domestic violence, childhood issues going through CYFD, and so forth, data is a huge stumbling block for part of the criminal justice system, as is tracking backlogs,” Keller said.

But he says change will not happen, unless everyone at the city, county, and state levels does their part.

Keller says the city will share locations, times and different ways to join the three Metro Crime Initiative sessions, both in-person and online.