ALBUQUERQUE, N.M. — On Friday, the Albuquerque Police Department and Albuquerque Fire Rescue gave a briefing on what happened during a SWAT standoff in July that ended with a house fire and the death of 15-year-old Brett Rosenau.

In July, police confirmed that Rosenau had died from smoke inhalation, prompting calls for an independent investigation into the standoff.

Police go over the timeline of events that day. They chased Kelley to the house and are now playing SWAT radio audio showing they thought this was an “HR” situation which means Hostage Rescue. They believed Rosenau could have been a hostage.

Here’s the moment a tri-chamber canister was thrown into the house and landed in a mattress and “cannot be ruled out” as the cause of the “accidental” fire. 1 hour 47 minutes later smoke is coming from the same area. Police showing efforts to use a robot to remove smoking items. pic.twitter.com/t9UHqUDPeR 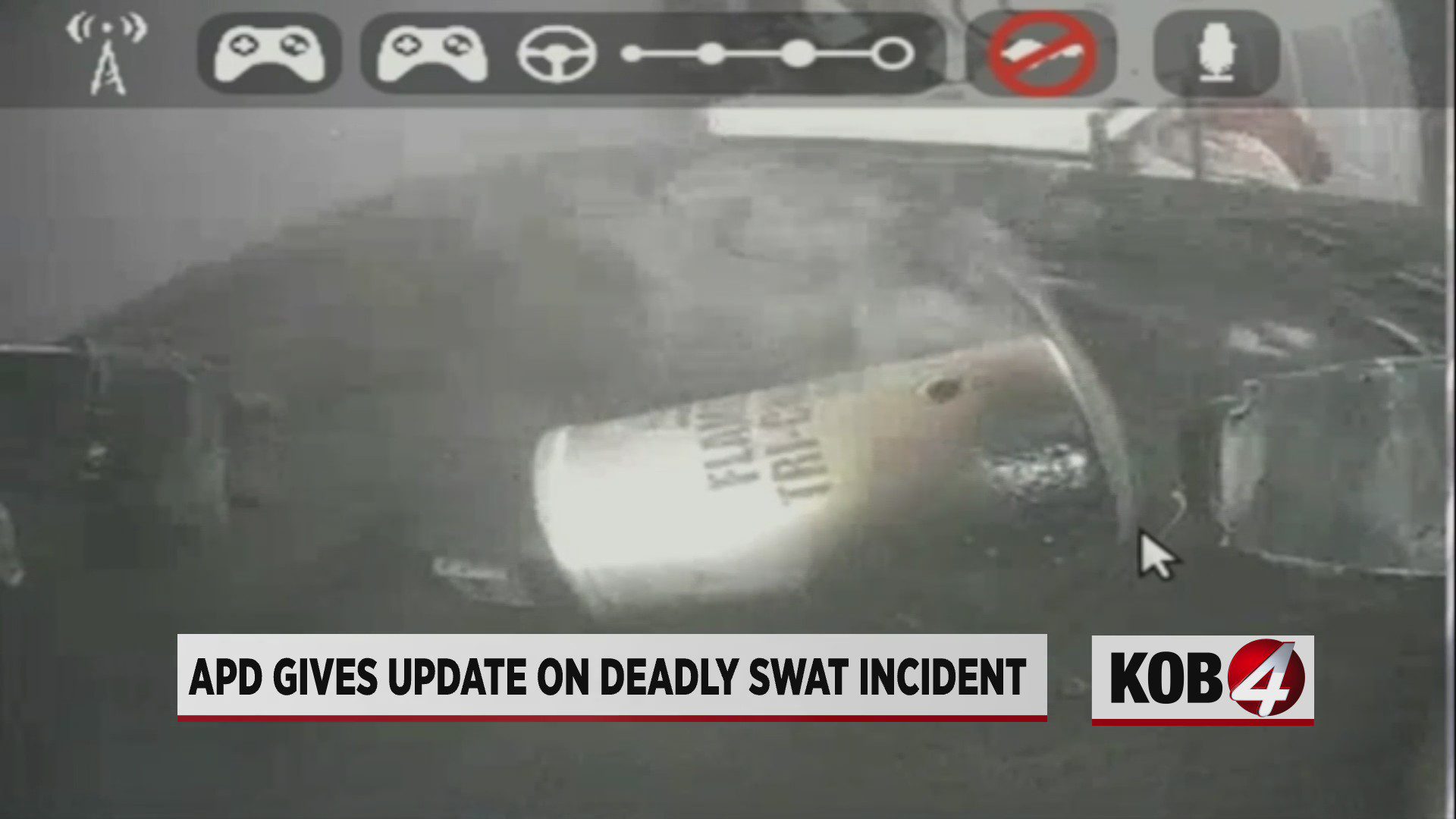